Both Their Sons Are Dying Of The Same Disease, And They're Unable To Save Them | Milaap

Both Their Sons Are Dying Of The Same Disease, And They're Unable To Save Them 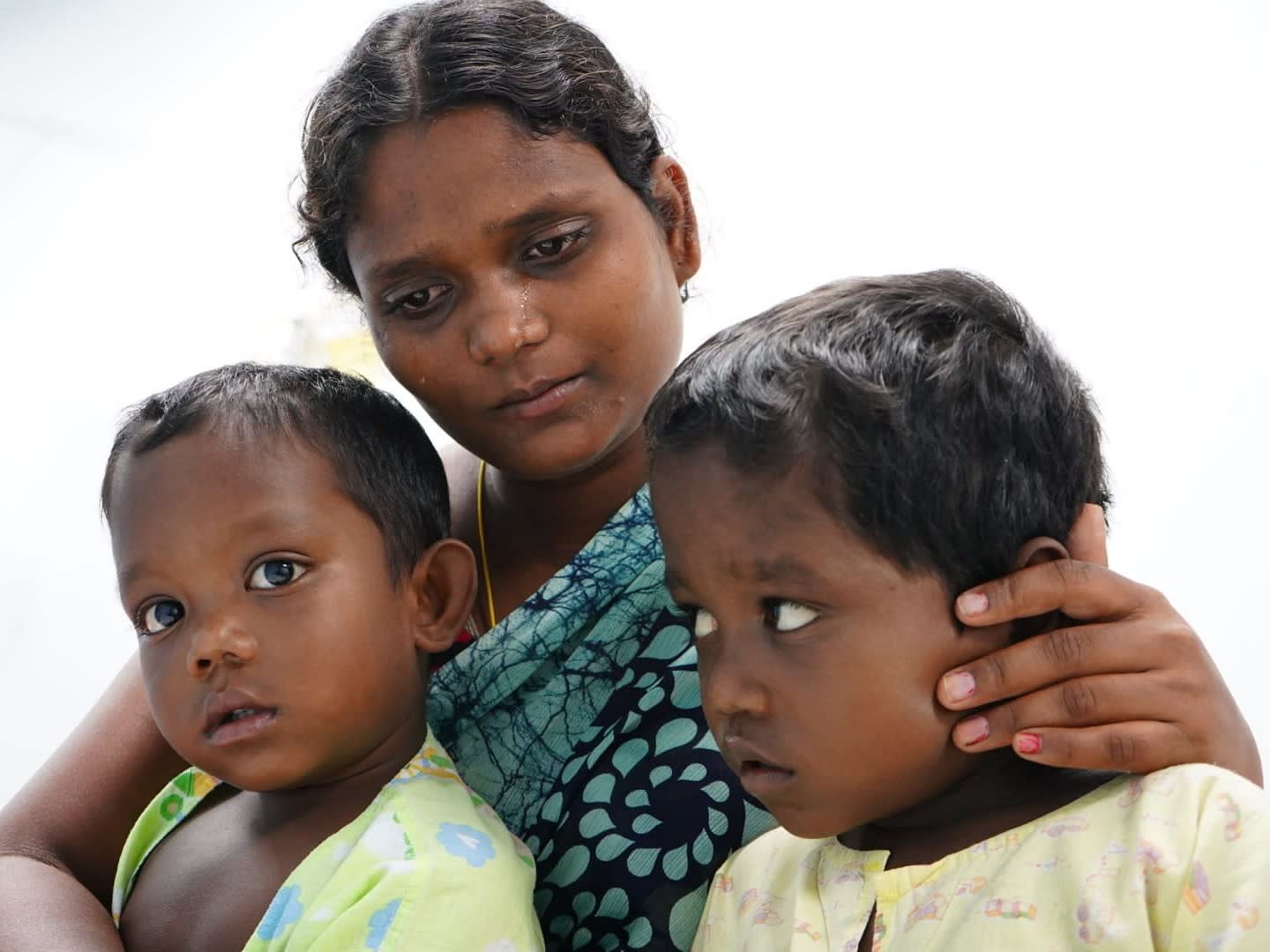 "I still remember that moment like it was yesterday. Walking home with little Luka in my arms, trying to process what the doctor had just said. We’d just gotten Luka a blood test that confirmed our worst fears.
The same disease that was killing his older brother, was killing him too. And the cure, bone marrow transplants, is something I’ll never be able to afford..." — Yona, father

Yona and Mahalakshmi have never had an amazing life but that never bothered them, they never wanted much. They were content with just the little things, caring more about living each day to the fullest, facing all trouble and hardship with a smile. And then Chandu was born, their little angel.

“We used to try our best to avoid dark and depressing thoughts, like about our finances, or the general day-to-day worries of a family living on daily-wages. When Chandu came into our lives, we didn’t have to try anymore. Each new day brought so much more happiness and contentment. It was like living in paradise. All that only lasted for about a year’s time, though.”

They found out their little one was dying

“Everything was great for the first nine months of Chandu’s life. But then, out of the blue, he started getting weaker and weaker. At first it was just crying a little quieter, or sleeping for longer. But then he started struggling to stay awake, and he got this recurrent high-fever. For 4 days we took him from clinic to clinic, trying all the medicines they prescribed. It was only after a blood test that we came to know the horrible truth: Chandu was diagnosed with thalassemia major, a blood disease that was killing him.”

They struggled to save Chandu, and then Luka got diagnosed

Thalassemia is a blood disorder that causes reduced production of oxygen-carrying cells in the blood, leading to severe oxygen shortage, pale skin, weakness, fatigue, and much more serious complications. After Chandu’s diagnosis, Yona and Mahalakshmi spared no effort in trying to save his life. They followed all their doctor’s instructions in caring for him, and even began getting him regular blood transfusions. Indeed, getting fresh and clean blood every few weeks is the only thing that has kept Chandu alive this long.

“When Mahalakshmi got pregnant with Luka, we were terrified initially because they said it was a genetic disorder that Chandu had. But we took her to a doctor, where they did some blood tests, and they told us that there was only a 9% likelihood he would get the same disease. But just one year after his birth we started seeing the same symptoms: the fever, the lethargy. Tests confirmed our worst fear: he had thalassemia too.”

They need your help to save their children

“I lay bricks for a living. It was a struggle trying to keep just Chandu alive, but then Luka was diagnosed and he needed regular blood transfusions too. On top of everything, the pandemic happened last year. For someone like me, the lockdown meant I had no work and no source of income for months on end. Now both my sons are reaching a point where blood transfusions are no longer enough, they need proper treatment. But bone marrow transplants are something I could never afford. Please, you have to help us save them!”