Helpless Parents Have Only 2 Days Left To Save Their 3-Year-Old From Liver Failure | Milaap
loans added to your basket
Total : 0
Pay Now

ST
You are sending a message to
Sneha Thomas
Go back 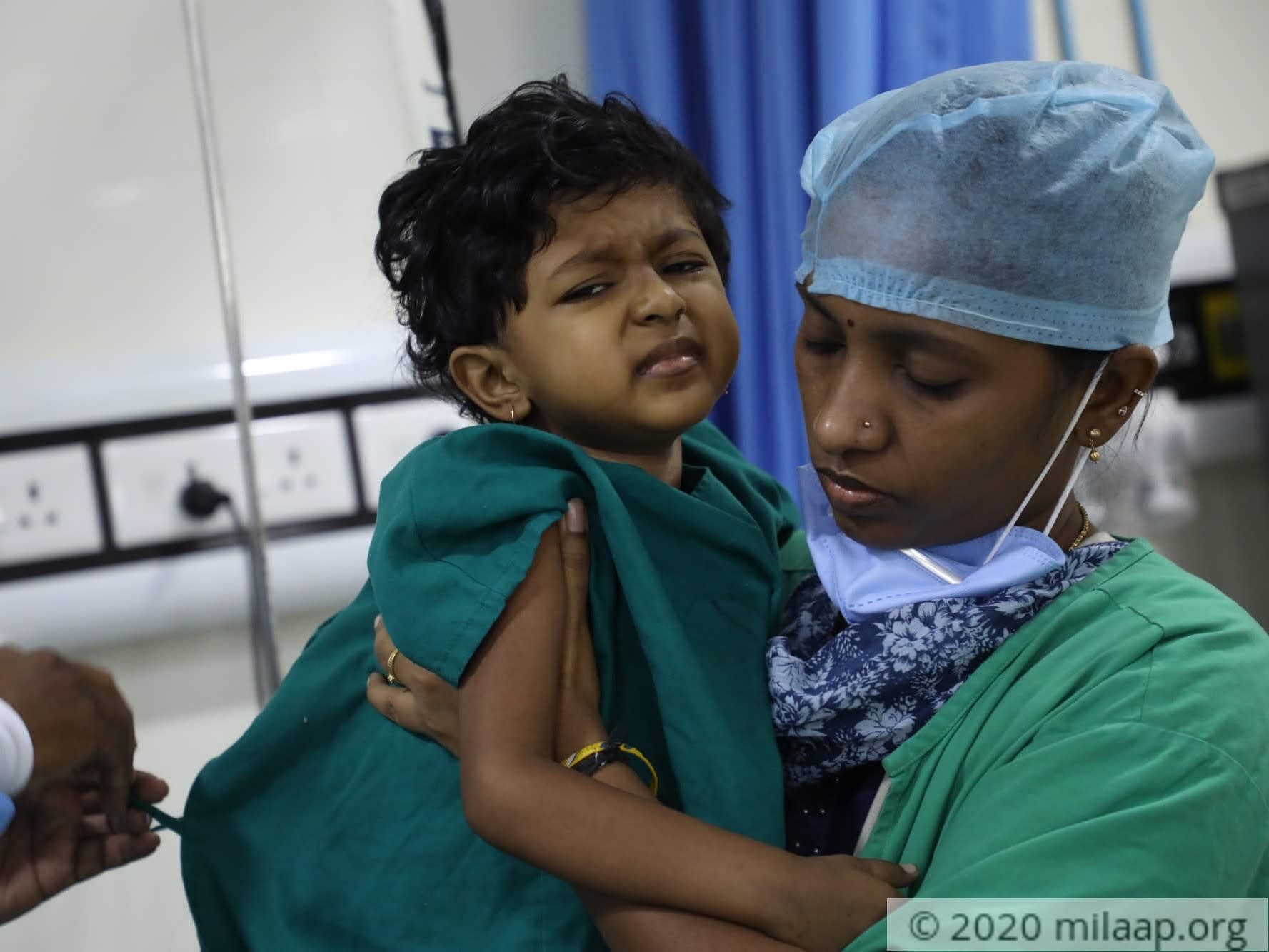 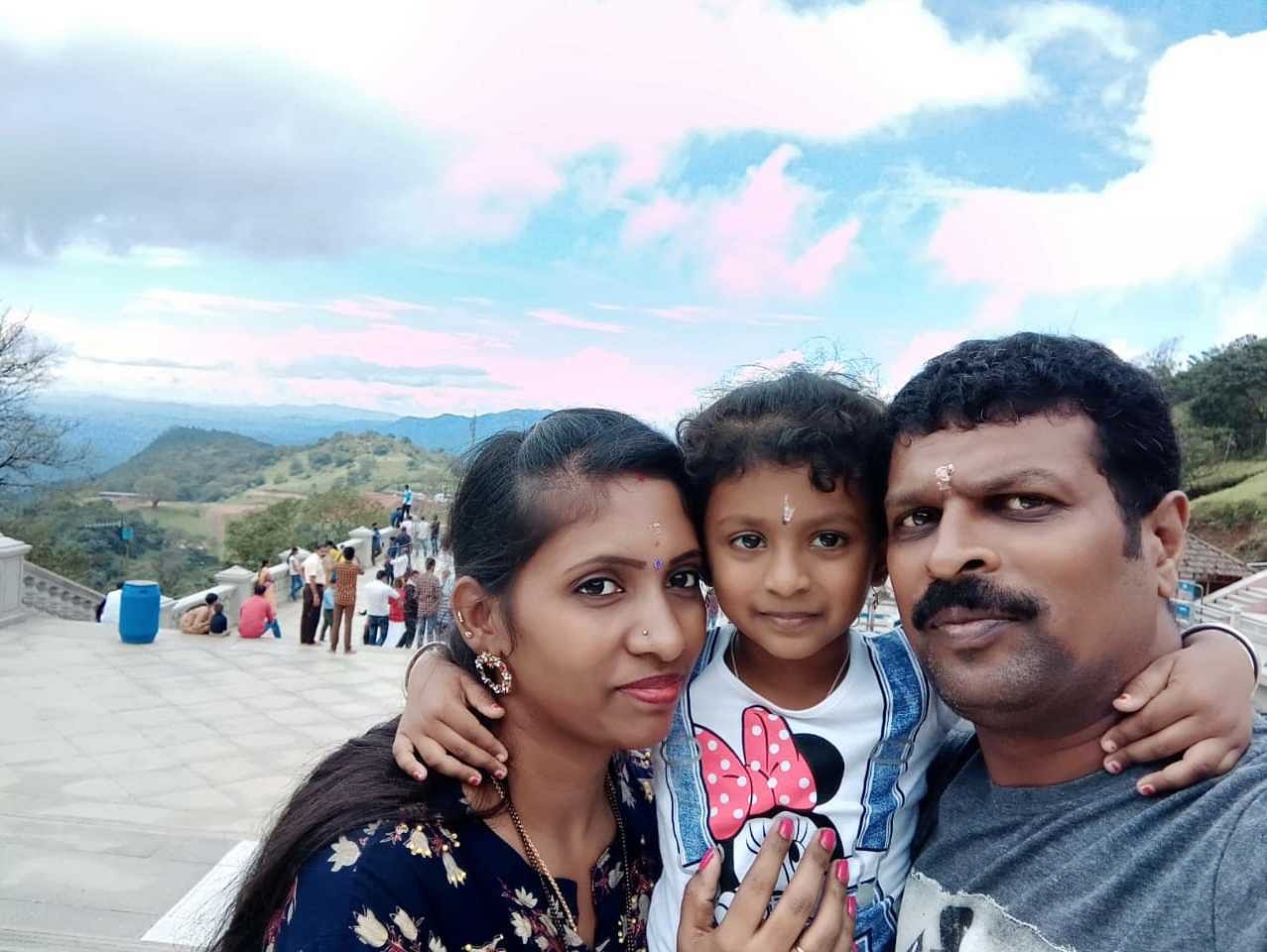 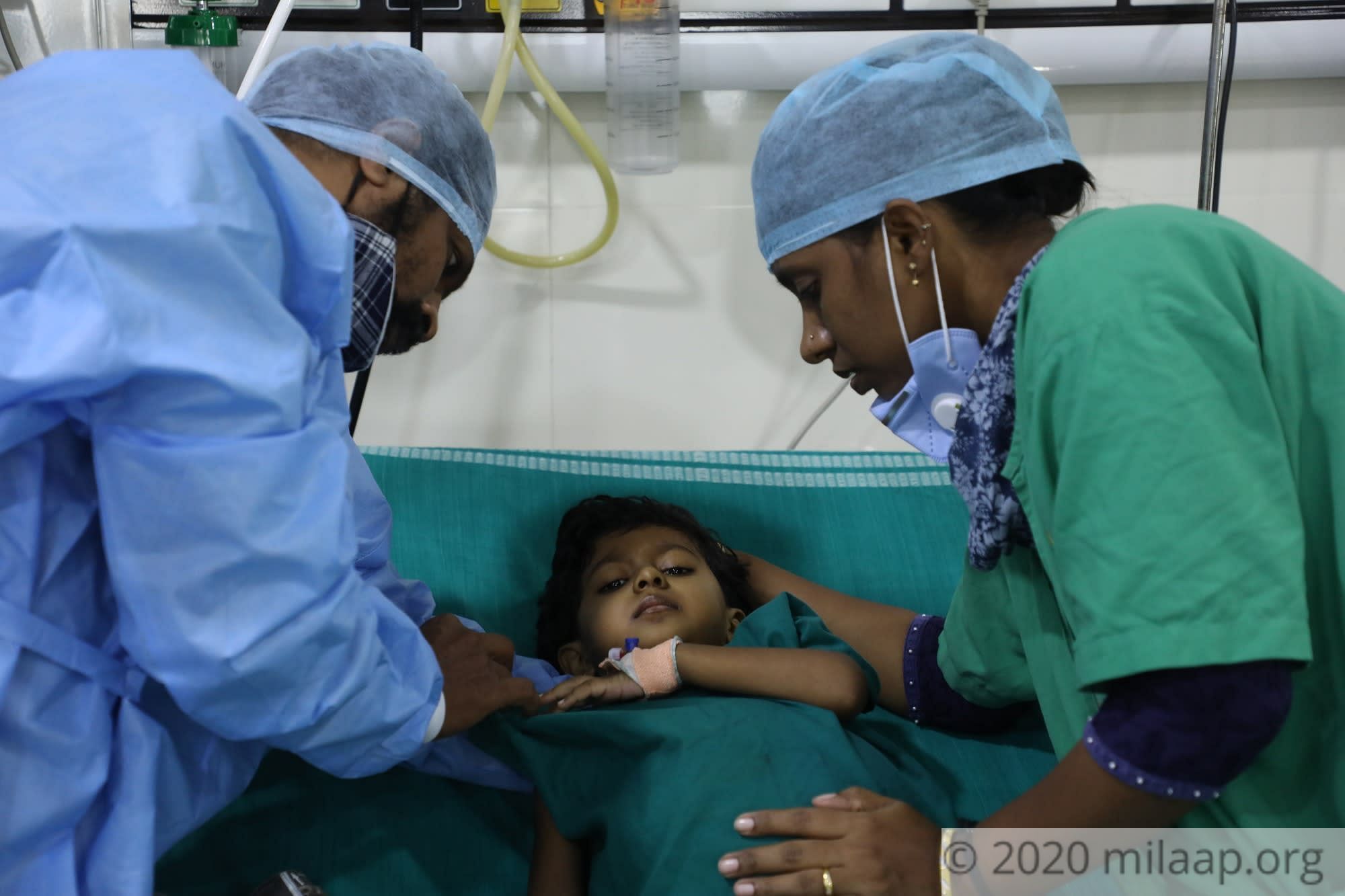 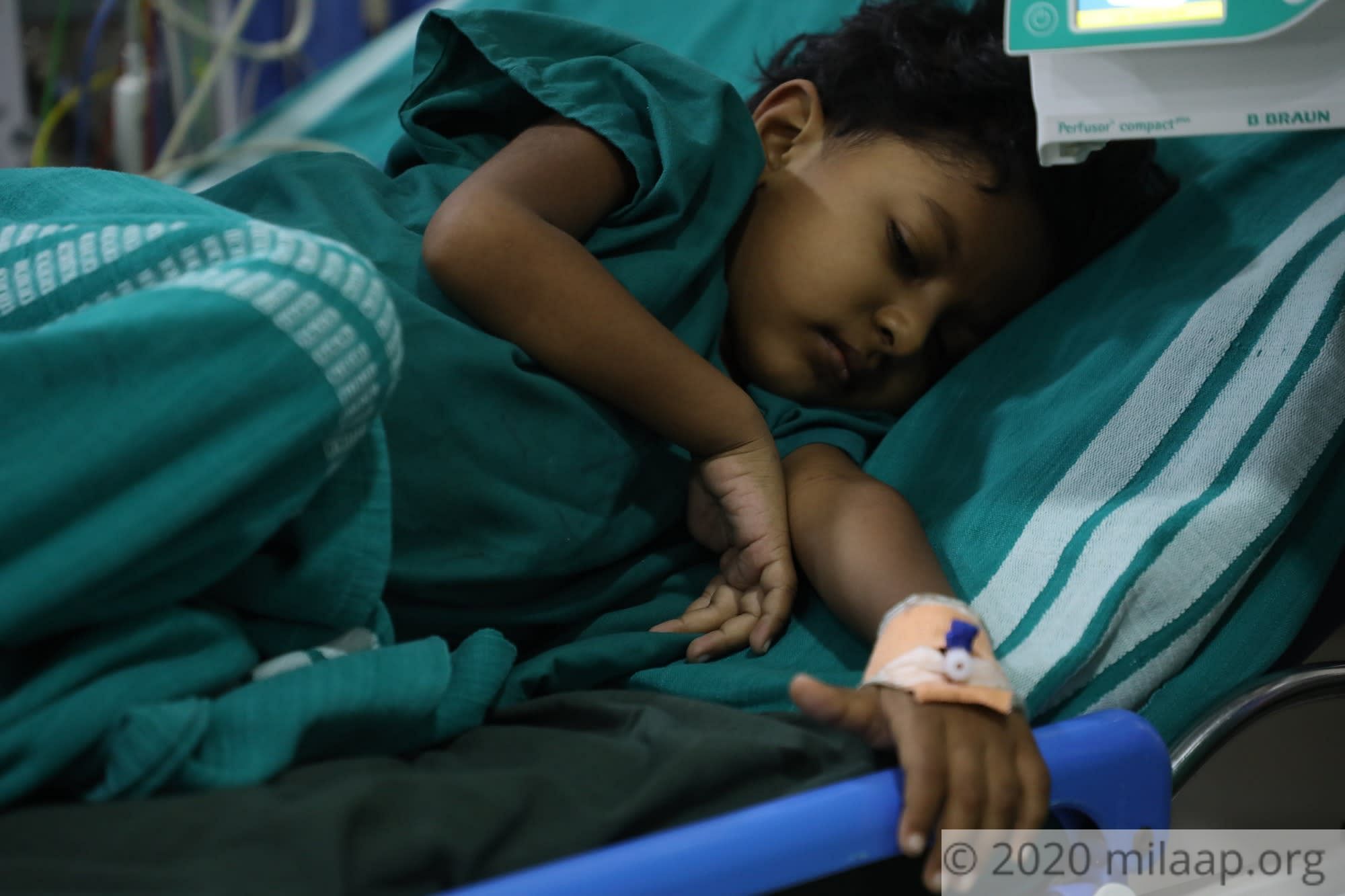 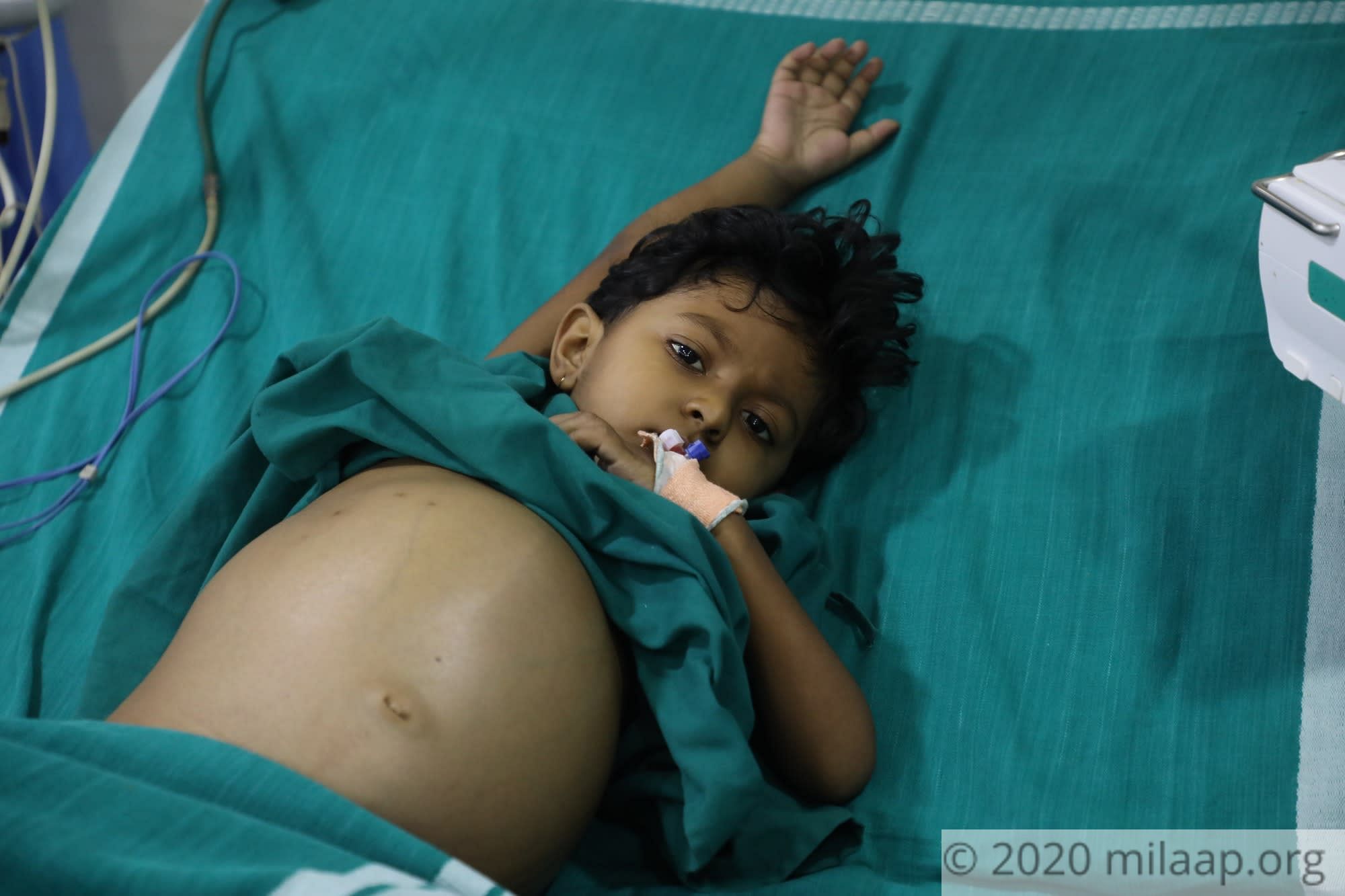 Share on facebook
Till a few months ago, one could find little Bhuvi singing rhymes at the top of her voice, all through the day. She would run around here and there laughing loudly, not resting for a minute. Being the youngest in her house, she was the life of her family. But today, a failed liver threatens to take this 3-year-old’s life.

“Whenever I went out of her sight, she would sing her favourite rhyme ‘Mommy finger, mommy finger, where are you?’. She was so full of life. Now it has been 15 days since I have heard her voice! She is just there, lying on the bed in the ICU! How did such a big disease strike our little girl? I wish she would just sing rhymes for me again!” – Anita.

Little Bhuvi's condition is now critical. Her liver has completely failed and she needs a transplant in the next 2 days to survive. Her parents, Anita and Lokesh, are helpless. They just can't afford her transplant in time.

One misdiagnosis after another

Earlier this March, Bhuvi’s stomach hardened and she could not eat. What seemed like a small problem, began to grow, as her stomach started swelling up. Her parents took her from one hospital to the other in Bangalore, struggling to identify what was happening to her. Months went in one misdiagnosis after the other.

“We got her tested for tumor, but the test was negative. Her liver was checked, and medicines given. Nothing worked, because nobody knew what the problem was. She underwent two more biopsies; those results too were negative. She underwent one test after the other, not complaining even once. Every test was negative, but we could see she was suffering! We felt helpless!” Lokesh, father.

The little girl has a large tumour on her liver

“A hospital finally told us there’s a huge tumor sitting on her liver, because of which her liver has failed 100 %. She can’t eat any more. There’s no place for even food! She tries to sit up but winces and lies down again. She tries to sleep, but the pain is too much for her. She wants to talk to us, but just sighs. They said she needs an urgent surgery.” – Anita breaks down.

Little Bhuvi is suffering from hepatic hemangioma - a rare tumor in the liver, made of blood-filled cavities caused due to excess blood flow to the liver. With the liver now occupying most of the space, the heart, among other organs is under pressure. A liver transplant is the only way to save her life.

Her parents have exhausted all their savings, they can't afford her transplant

Lokesh does marketing for a private company and earns no more than Rs.15,000 a month. Since March, the family has exhausted every rupee in their savings, and is now helpless. The cost of the transplant is 15 lakh rupees, and the parents are afraid they’ll never be able to afford it.

“Without an urgent liver transplant, I’ll lose my daughter, my life. I used to call her Gombe (doll). Right now, that’s all that she is, lying on the bed all day long, hardly moving. I want to take her back home. But I can’t afford the cost of the surgery. We’d be grateful if you could help us out through these tough times, and help us save our child!” – Lokesh.

For a 3-year-old, little Bhuvi has seen too much pain. With your generous contribution, she can get the transplant in time, and go back home healthy. 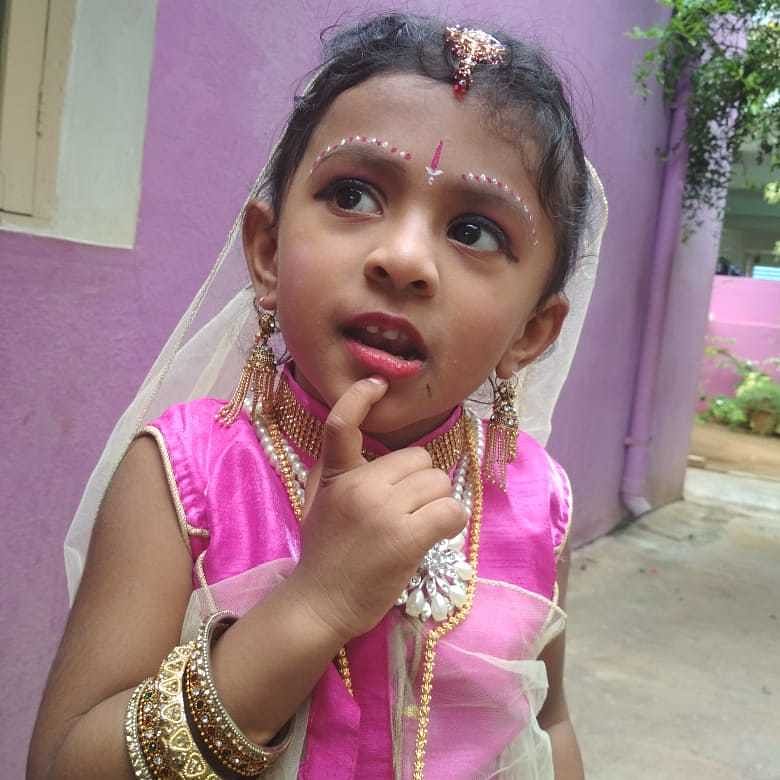 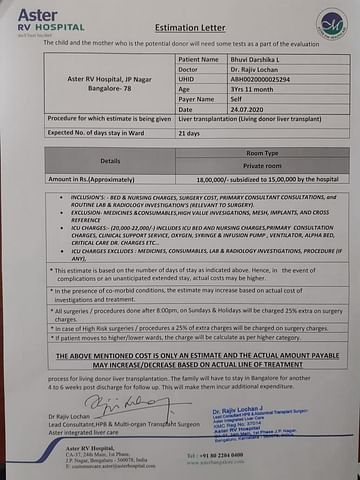 Prayers for the kid to recover soon