With One Eye Stitched And The Other Blurry, He Is Fighting Brain Tumour | Milaap

With One Eye Stitched And The Other Blurry, He Is Fighting Brain Tumour 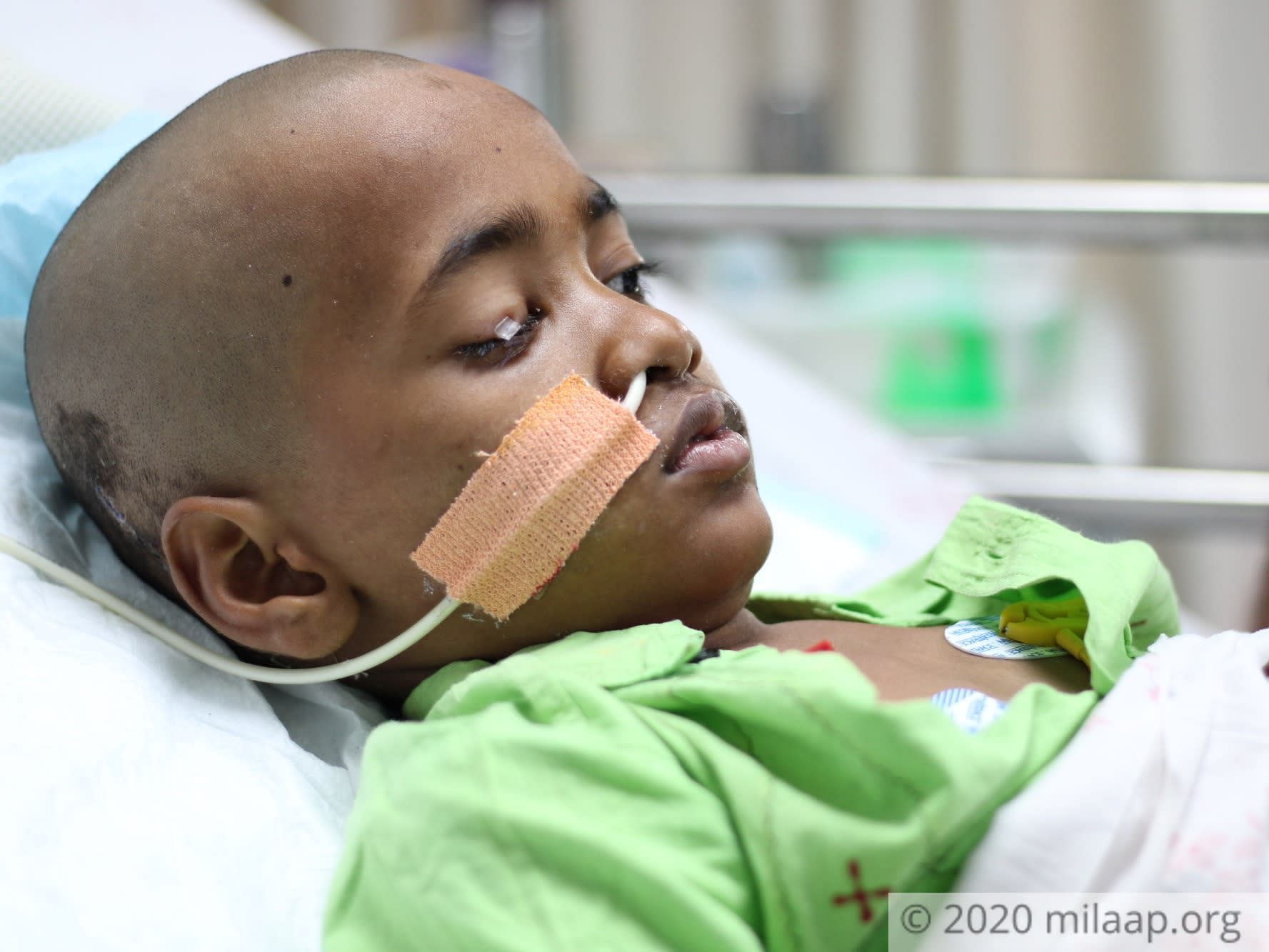 Share
“Why are you still here, you should be in Chennai by now!”
Bargav was playing with his sister in the backyard when suddenly he started feeling dizzy and his eyesight became a little blurry. On consulting the local doctor, he suggested to take Bargav to Chennai immediately but the parents didn't have the funds to take their son to Chennai.

" I tried to borrow from here and there but no one was ready to help us. After two days, I called the doctor to tell him that we couldn’t go but… he said Bargav’s life was in danger and he needs immediate treatment.” 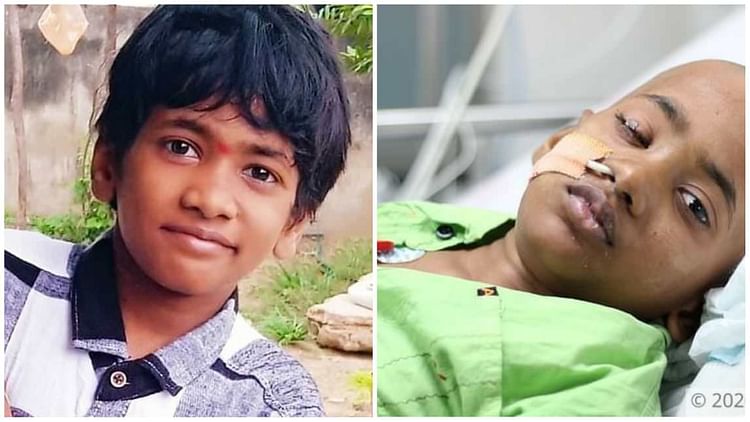 Prabhakar sold all the cattle they had and with that 30-40 thousand rupees, he brought little Bargav to Chennai. Little did they know that Bargav would be diagnosed with brain tumour and what they had was not even enough to afford the necessary tests.

“They took him for MRI and they told us that Bargav needs to stay still or else they would have to repeat the procedure. If it was repeated I feared it would cost us more and my child...he understood that...he is just 9 and he understood my fear, he didn’t move at all.” 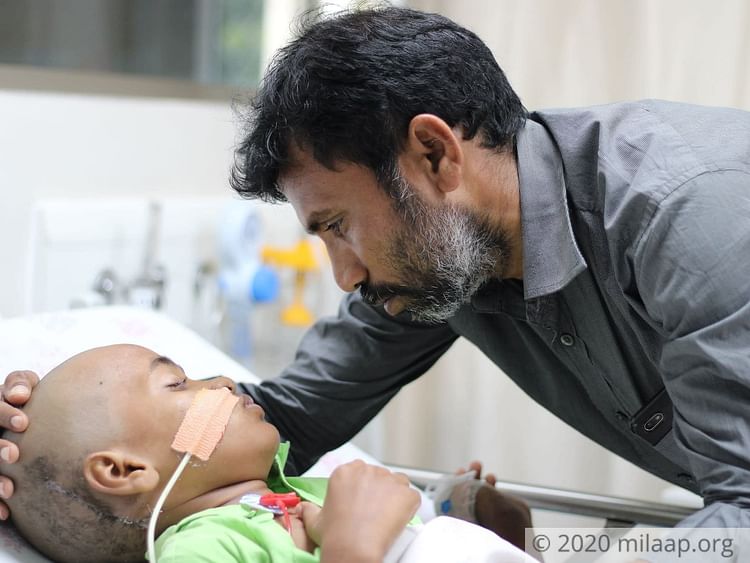 4 major operations in one month, each left a scar behind

“The hospital was generous and they didn't stop his treatment. His mother, Lavanya, she was here for his first operation but as soon as she saw Bargav unconscious with wires and pipes on his body, and with stitches on his left eye, she fainted. She couldn’t bear to watch him like this so I had to send her home." 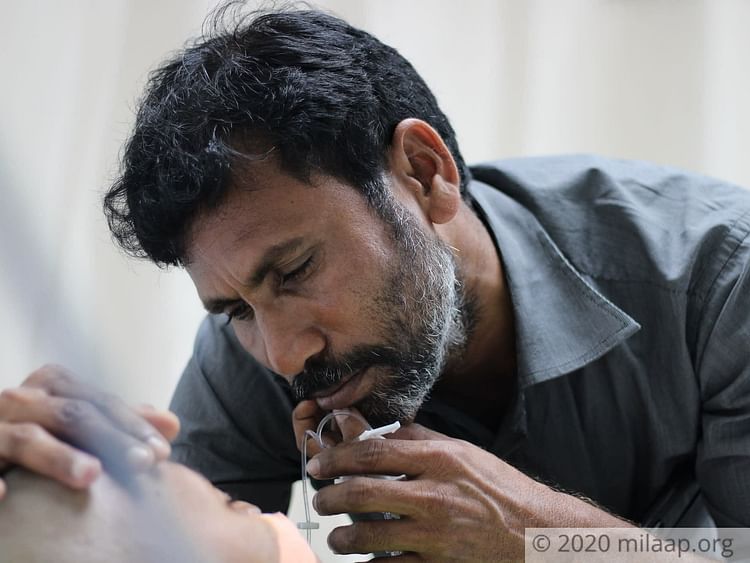 Prabhakar is a daily wager. A few years back, his father died of a heart attack and within the next few days, his mother passed away too. All he has now is his wife and children. His earning was enough for them to survive but not enough to even afford the basic doctor’s fee. 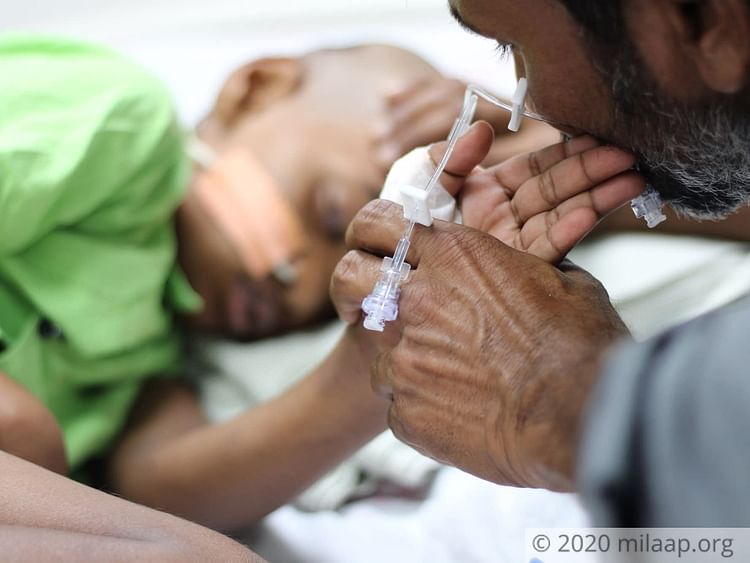 Only you can save Bhargav. With your help, Prabhakar can take his son back home where Lavanya and Bargav’s sister are desperately waiting for them to return. Click here to help.
B
Patient Bargav is 9 years old, living in Nellore, Andhra Pradesh
KK
Being treated in Kanchi Kamakoti Childs Trust Hospital (KKCTH), Chennai, Tamil Nadu