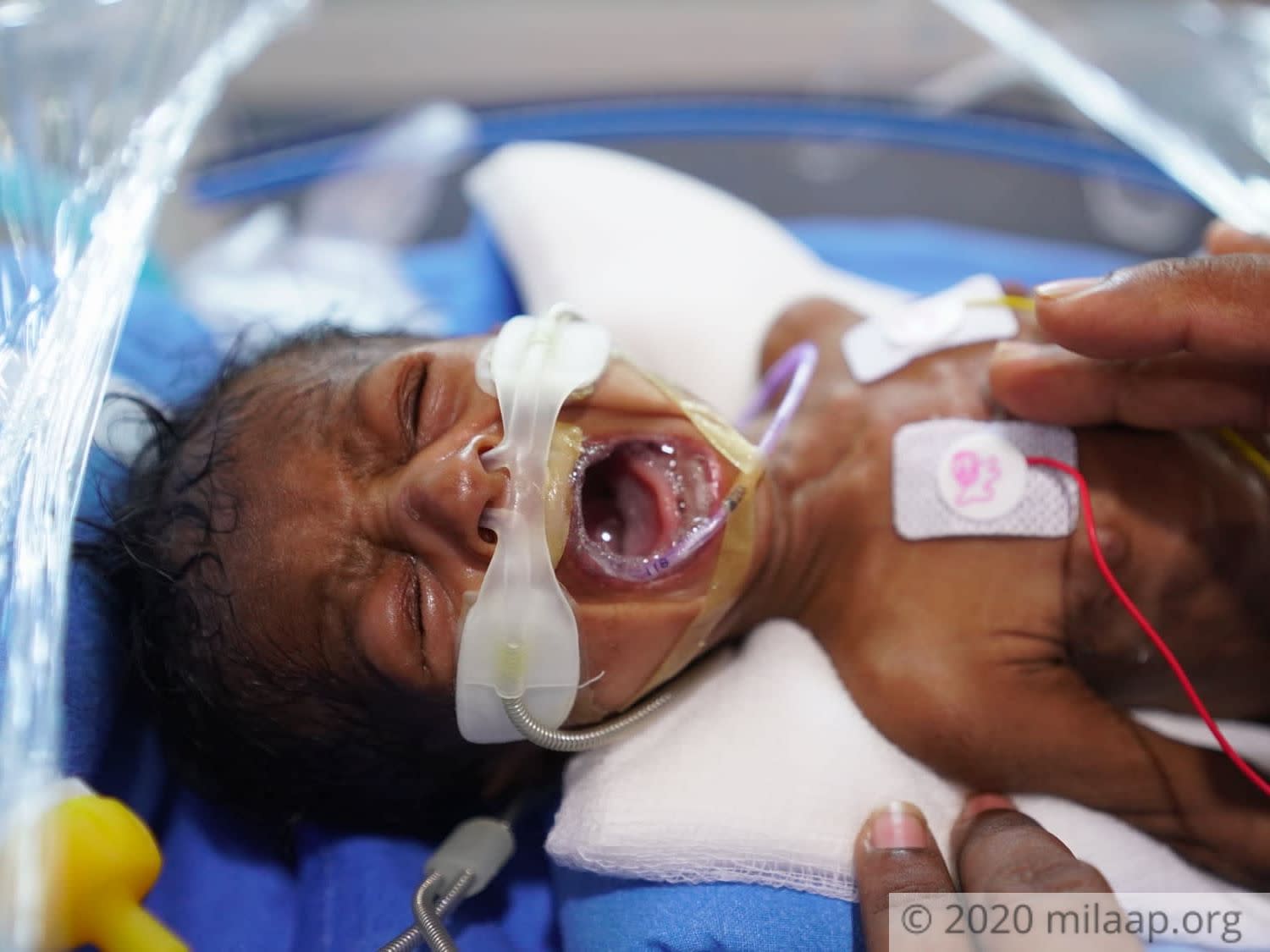 Share
The first time I saw my baby directly was just a brief moment right after I gave birth to her. I'd been crying, excited to hold her, because it had taken us over 15 years to have a child of our own. But my delivery was a c-section and I was quite weak. The doctor told me not to worry.
"She’ll be waiting when you wake up, Lakshmi, please don’t strain yourself. You need rest."

I closed my eyes and woke up 2 days later. That's when I found out... my baby was actually nearly dead at birth. Doctors were trying, but she could die any minute. 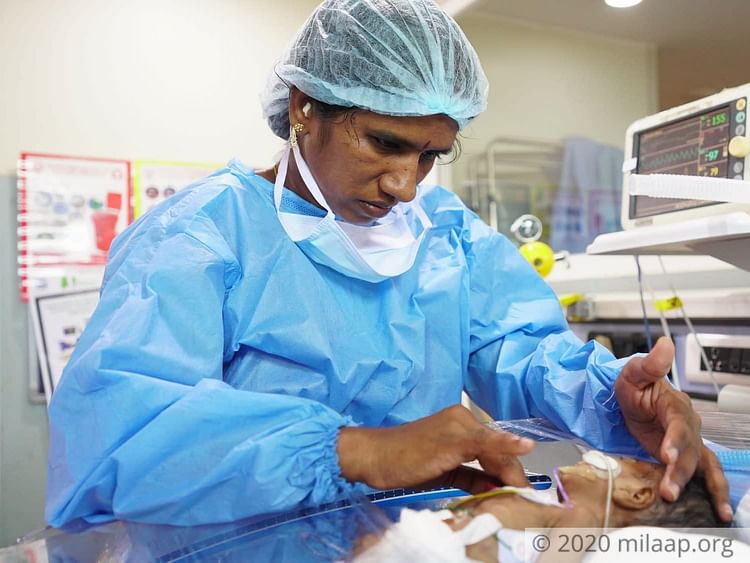 The doctors in Lakshmi and Vekateswara’s local hospital hadn’t wanted her to strain too much. The delivery had taken a lot out of Lakshmi, and they hadn’t wanted her life to be in danger as well. This is why they didn’t tell her that in an unfortunate turn of events, the baby was born with the umbilical cord choking her tiny neck, and she had also ingested some amniotic fluid present in a mother’s womb. As a result, her life was in great danger from the first moment she entered this world. She was rushed to a city hospital immediately, while Lakshmi recovered from her surgery. 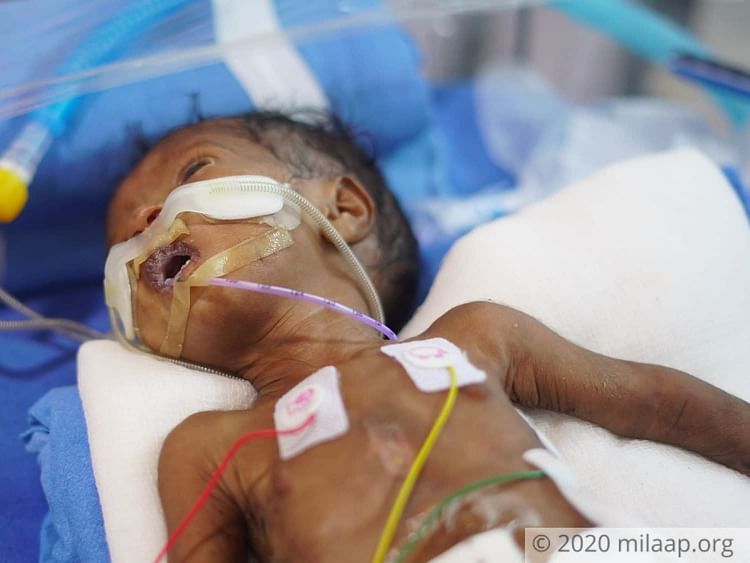 Due to unexpected and undiagnosed complications during the last week before birth, Lakshmi's baby was born with her neck being choked by the umbilical cord, and with toxic fluid in her lungs which led to a severe infection. Over the next few weeks...All this, and she's only 1 month old! The doctors back at their local hospital mentioned they had never seen anything like this before. 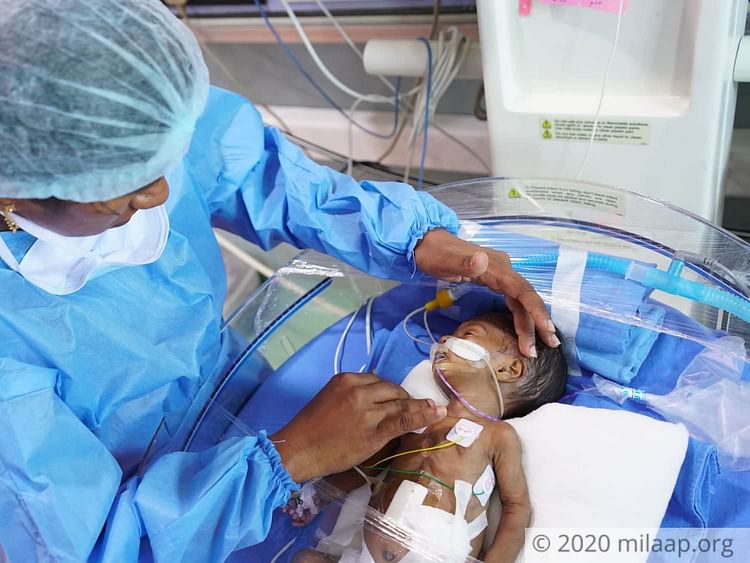 “From what they’ve told me so far, my baby has been through more pain and suffering than most people will in several lifetimes, all in just a month. They've rarely seen anything like it, she shouldn’t even be alive right now. But she is! She’s alive and fighting to stay alive. It has to be fate. The universe cannot be so cruel as to give me my first child after 15 years, only to take her away from me like this. I feel like fate is giving us a second chance to have a child, but we’re unable to make use of it! We want to get our daughter treated, but we don’t have the money. We need your help... Please...” 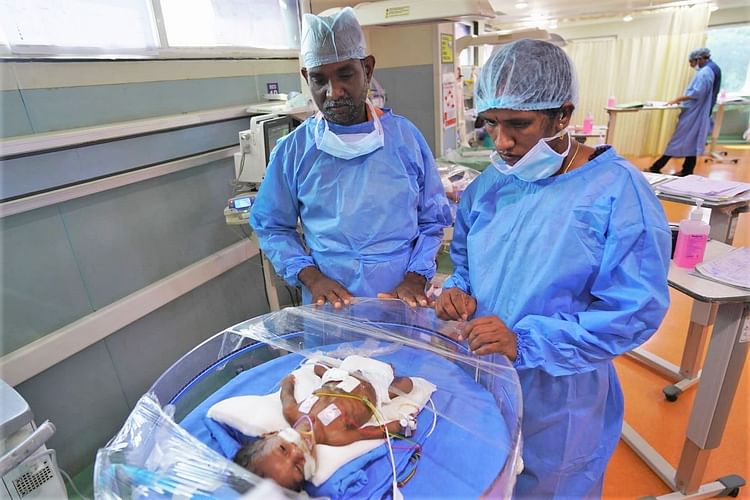 Venkateswara is a construction worker, he has always lived from hand to mouth. He needs your help to save his  baby.