Still Grieving The Loss Of One Child, These Parents Fear Losing Their Second To Liver Failure | Milaap
Receive tax benefits by donating to this cause.

Still Grieving The Loss Of One Child, These Parents Fear Losing Their Second To Liver Failure 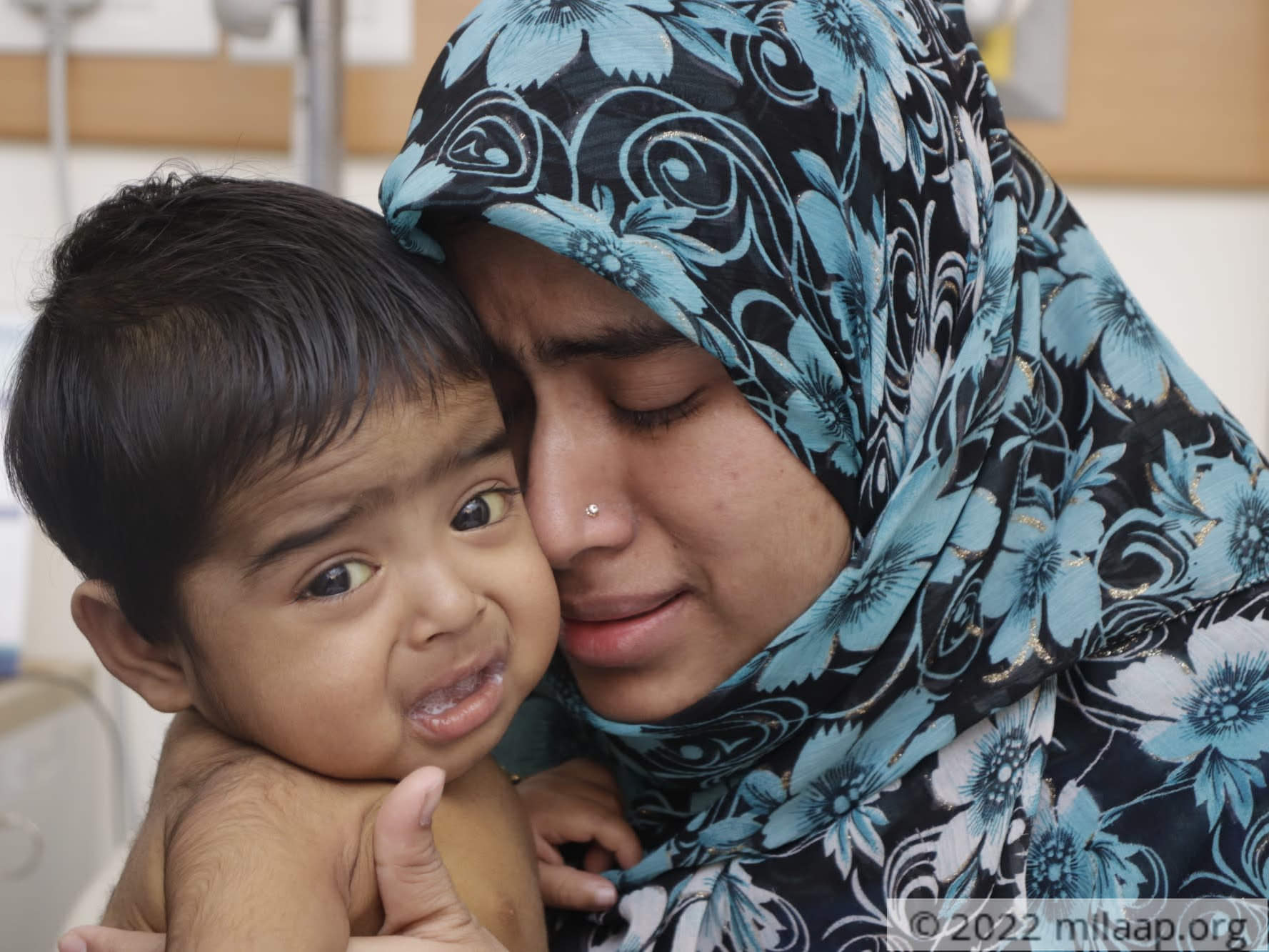 A year ago, Waleed and Tasnim were overjoyed with the news of triplets gracing their abode soon. As celebratory messages kept pouring in, they were looking forward to being blessed with healthy babies but instead their world crumbled to pieces. One of their babies passed away right after birth and the other one is currently fighting for his life on ventilatory support.

"At 3 am, the machine suddenly started beeping and my son's heart rate kept falling. his intestine had suddenly started leaking. In the next few seconds, his eyes rolled up and he just became lifeless. Our feet froze right there when the doctor put him on a ventilator and informed us that his brain is not responding anymore." - Waleed, father

Zohaib's liver has been troubling him since his birth. At just 3 months old, his bile ducts were blocked and he had to undergo surgery. But within a month, his parents spotted white stool again and realized his surgery wasn't successful. The news of his liver failing soon after gave his parents another scare. And, now this poor baby's condition has worsened so much that a transplant failure has put him on a ventilator requiring prolonged hospitalization.

Tasnim and Waleed are praying to Allah to show some mercy and not let their son, Zohaib, suffer the same cruel fate as his brother. Not even a year old, he has already undergone 4 life-threatening surgeries.

"After burying my baby, I straightaway went to hug Zohaib and Zohain because I was terrified to lose them too. That's when I noticed Zohaib's eyes were stark yellow and started his jaundice medicines immediately but eventually his liver failed too. Just when I was making peace with Allah for denying me the chance to grieve for my lost child, he was making me undergo the same pain all over again." - Tasnim, mother

From a well paying job to being debt-ridden, this father is in a financial crisis

Despite multiple surgeries, Zohaib wasn't recovering and the doctors had to insert an artificial tube to drain out fluid from his body.

"His blocked veins were unable to supply blood to the liver. Whenever he was fed something solid, his belly would get bloated and so, he is only on a liquid diet. I still don't know where I went wrong? I wanted to raise my kids with happiness but all my son has seen is a life full of suffering. I used to work in a private company, but this past year has been so harsh on us... I lost my job, and am completely drained, both financially and emotionally. With no penny left and seeing my son lifeless, I am filled with despair." - Waleed, father

Waleed and Tasnim have come all the way from Bangladesh just to save their son. The past year has been extremely tough on Zohaib's family, and they are now debt-ridden. They have done everything they could to save 9-month old Zohaib, but are still falling short of INR 29.3 lakhs. Their baby needs NICU care and ventilatory support to recover.