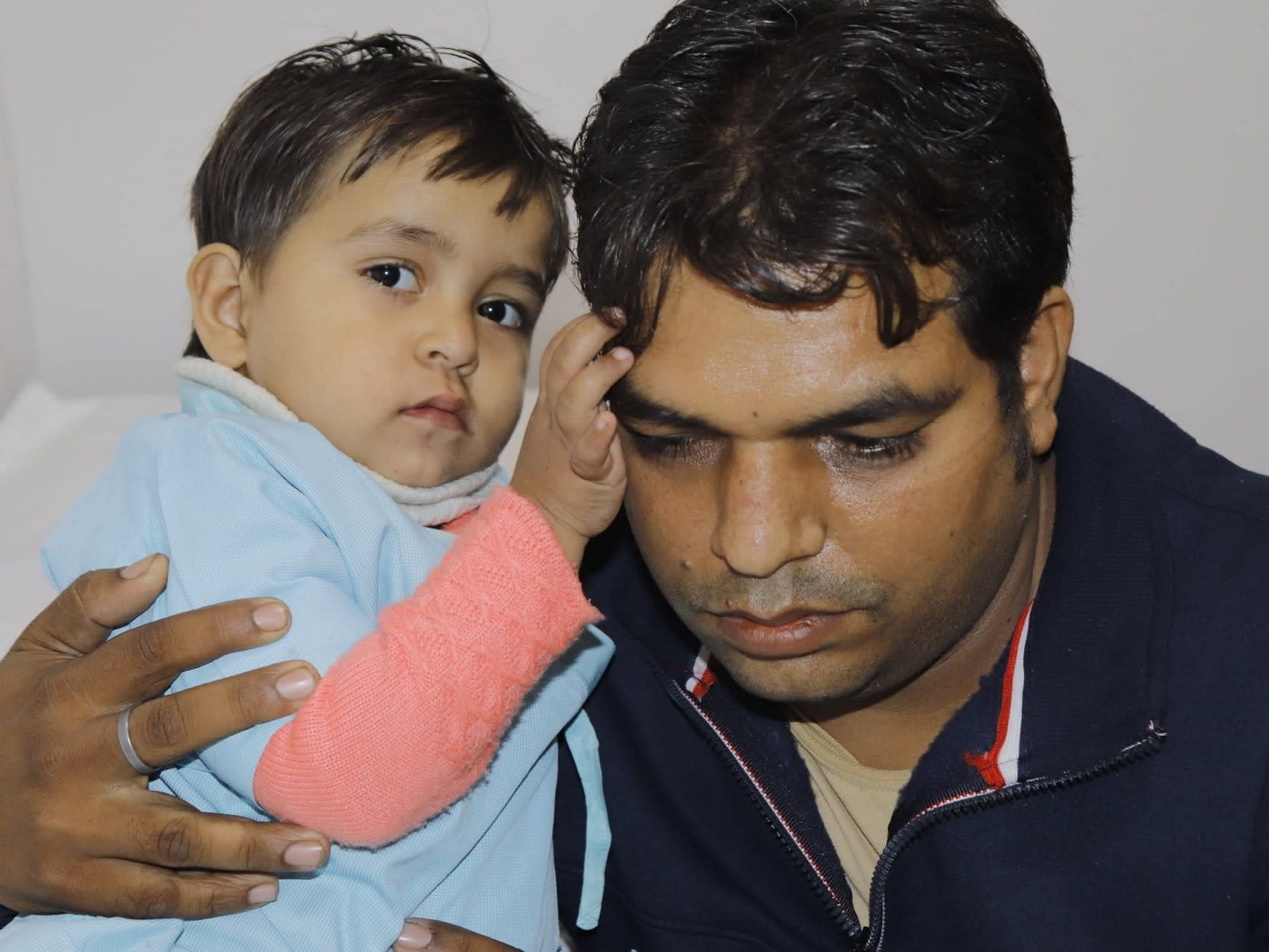 "Getting blood transfusions every two weeks is the only thing that has kept her alive so far. But doctors have said that the more we do it the more toxic it becomes each time! It’s getting to a point where the transfusions are as dangerous as the disease they’re supposed to treat!
But what else can we do?! We know it’s poison now, but it’s the only treatment we can afford!"
— Vishal, father 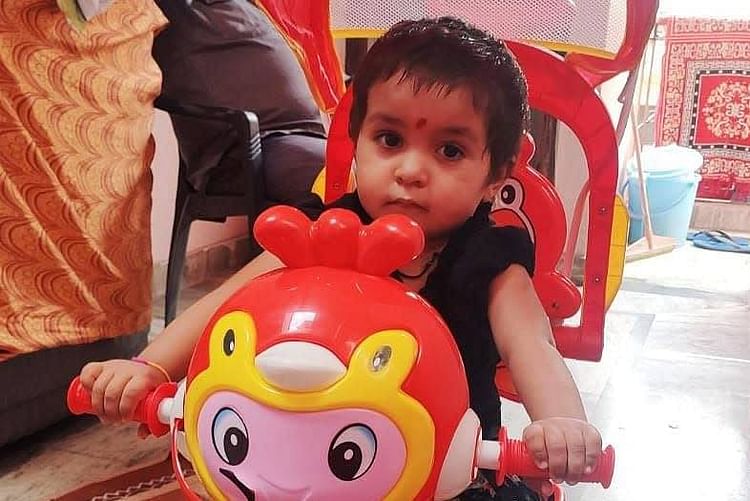 Little Soumya was barely a month old when she developed a fever that kept coming back, and seemed to get more and more inactive by the day. Even her crying had reduced! Her parents took her to a local doctor, but when normal medicines didn’t work, they were so concerned that they took her to a bigger hospital, a decision that ended up saving their daughter’s life. The doctor diagnosed the little one with Thalassemia Major, a rare and dangerous blood disorder, which required an emergency blood transfusion. 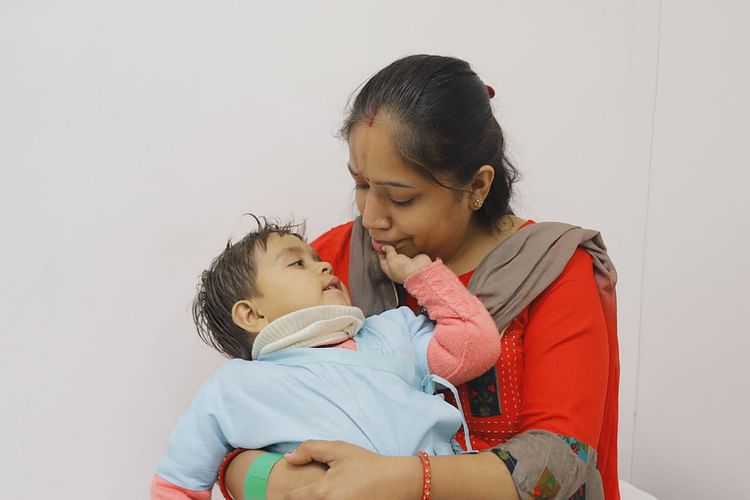 “They told us she would need transfusions every few weeks, to survive for another few weeks! Our hearts already broke when we heard that, but then the doctor told us it’s an inherited disease! We were just... shattered. Still, we decided that we would stay strong, and vowed to get her regular transfusions for as long as she lived. But it’s only been a year and... doctors are saying her transfusions are no longer enough.” — Anju, mother 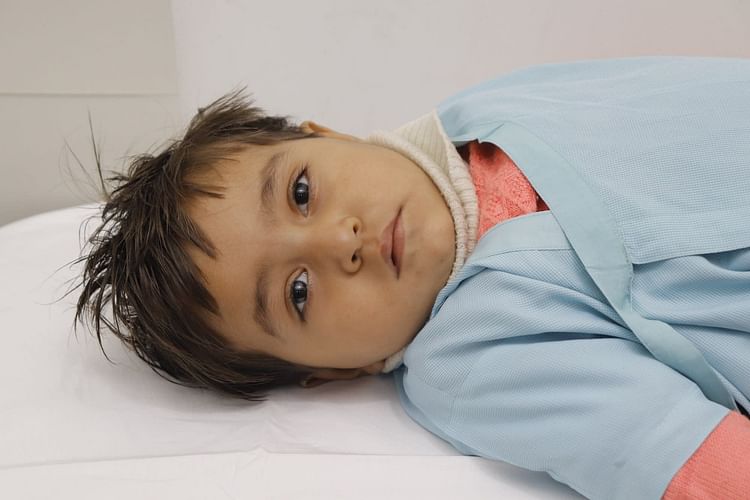 Her transfusions are starting to kill her now, she needs an urgent bone marrow transplant

Because of her disease, Soumya’s body is unable to produce blood properly, leading to severe complications like constant breathlessness and failure to grow. To combat this, she has needed regular transfusions with fresh, healthy, blood. But while transfusions are a great way to control the symptoms of this rare blood disorder, they are just a temporary measure. In fact, the longer one keeps getting them the more dangerous they become, poisoning the body with iron overload. Iron overload is extremely dangerous; if it doesn’t kill Soumya first, it can cause severe pains all over the body, and lead to liver failure, heart failure, diabetes, and bone diseases, among others. The only real cure and shot at life that little Soumya has is to get a bone marrow transplant. 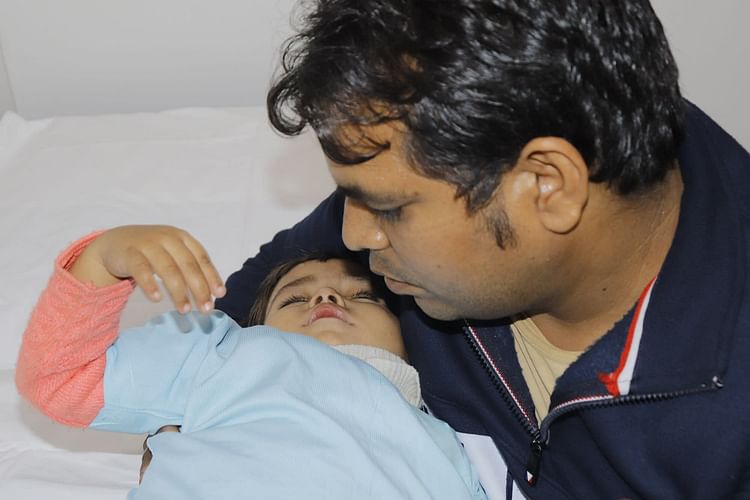 "I just want Soumya to get better and be able to laugh and play, like every other toddler her age. She tries sometimes, but gets tired in just a few minutes. She doesn’t even eat much. How much longer can she go on like this? They’re saying a bone marrow transplant will allow her body to start producing healthy blood, getting rid of all her symptoms! It wouldn’t just save her life, it would change it too! But the cost is so much! I work in a small clothes store, for a salary that’s just enough to feed my family. Please, you are our only hope. Donate as much as you can and save my daughter." — Vishal

Your generous contribution is the only thing standing between this family getting to take their baby back home, and great tragedy.
BS
Patient Baby Soumya Virmani is 1 year old, living in New delhi
FH
Being treated in Fortis Hospitals, New Delhi