She Was Born To Them After 10 Years, Now These Parents Will | Milaap

She Was Born To Them After 10 Years, Now These Parents Will Lose Her Without Treatment 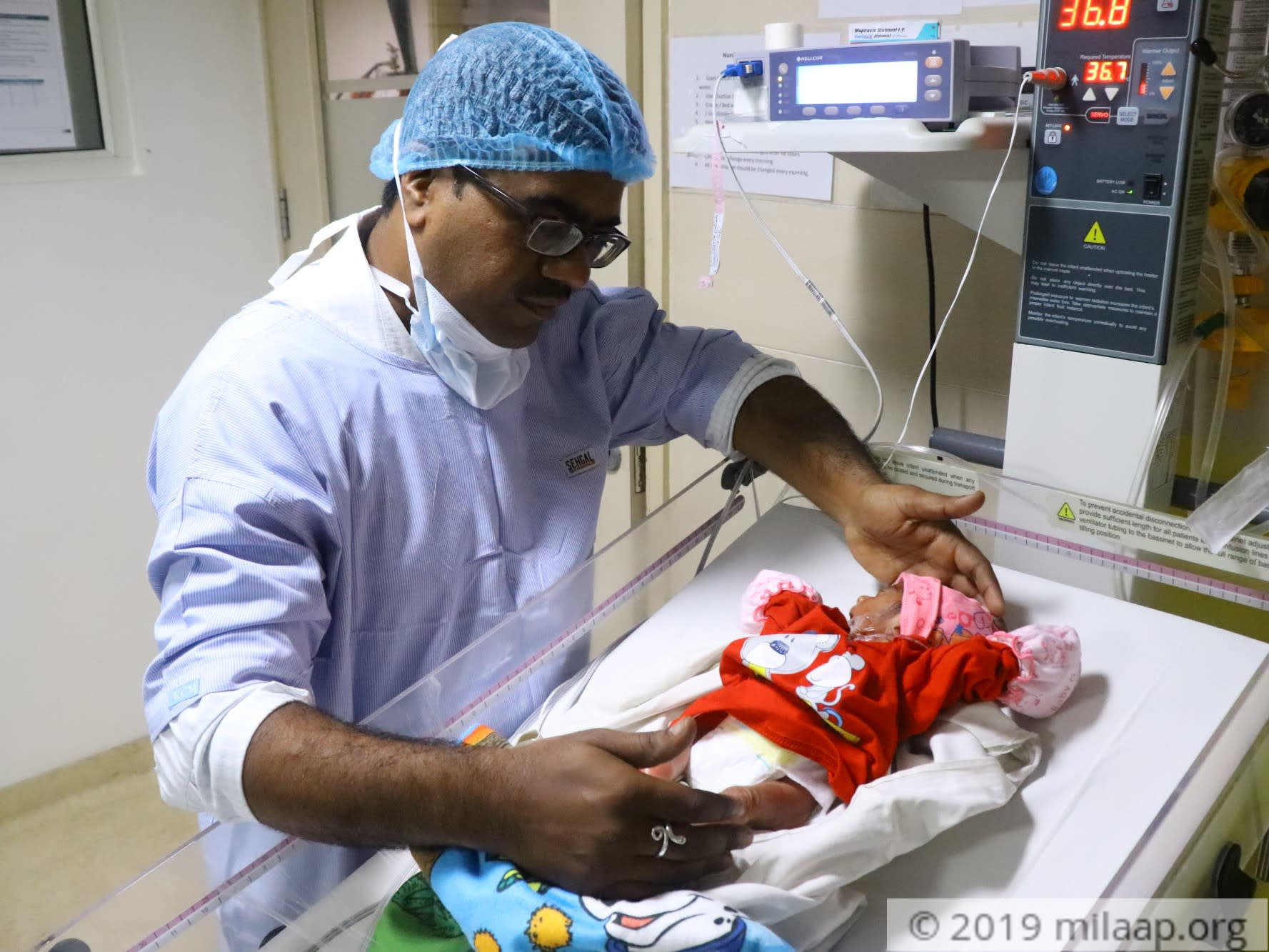 Share
Ravindra is anxious and worried. As he is pacing up and down the corridor outside the NICU, all he is worried about is his baby girl who is fighting for her life. The little baby is premature and the only way she can make it is if she stays in the hospital for 8 more weeks.

“But believe me when I say this - I have nothing, absolutely nothing to afford my daughter’s treatment. I have done all that I could have done, the only thing left now is to beg. I am ready to do even that but then will it help?” - Ravindra frantically asks.

She was born to us after 10 years, how can we lose her?

Suman and Ravindra were married in 2008 and they were excited to start a family of their own. But luck was not in their favour - Suman lost two babies in her womb. The couple had almost given up when someone suggested IVF to them.

“My friends and family were very supportive during this period. They knew how much we longed for a baby. I took loans from them and somehow managed the treatment. It was during the second time that Suman got pregnant. Our happiness knew no bounds. Who would have known then…” - Ravindra breaks down.

The last month has been a harrowing experience for both Suman and Ravindra. Her complication-free pregnancy suddenly became serious. She had to be rushed to the hospital.

“The doctors said that Suman and our baby were in danger. I have never been more scared in my life! They gave her some medicine to delay her pregnancy but then she finally gave birth to our baby girl on 10th August. But since that day my daughter has been struggling for her life.”

A salesman in a private company, Ravindra has spent over 5 lakhs till now. His family has been very supportive but there’s only so much they can do. He needs 6 lakhs more.

“The only way I can save my baby girl is with your help. I am begging you.”