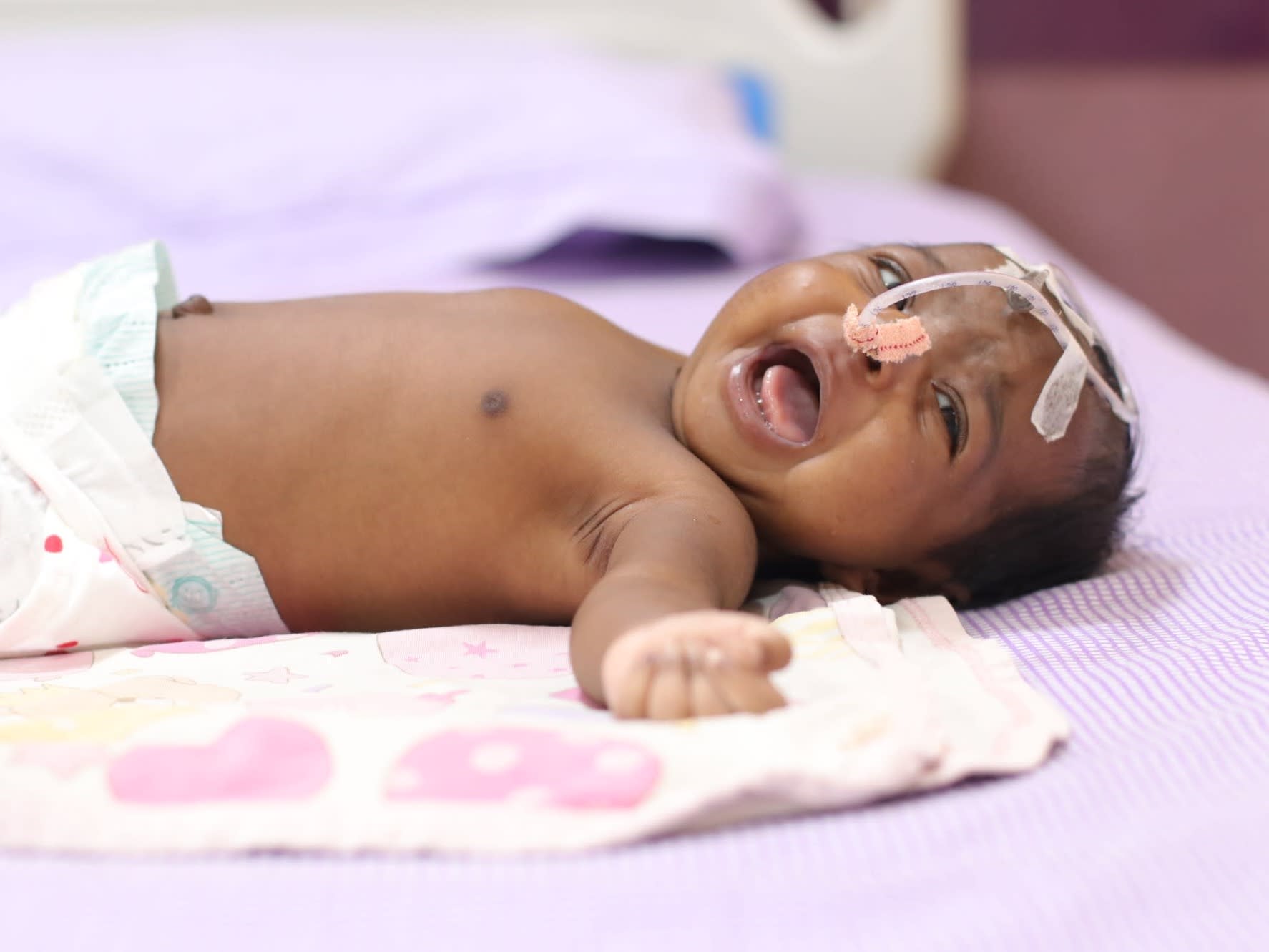 “Less than an hour. My little girl had less than an hour of peace after she was born. After that, every single breath has been a struggle to survive and there’s nothing we can do about it!
If she doesn’t get the surgery she needs in the next week or so... our baby is going to die!” — Sudhakar

Poor Sneha had been so excited to finally have a 2nd child, her dream of many years
Sudhakar and Sneha Rani have been married for a couple of years and already have one daughter together. This little newborn was supposed to complete their family and fulfill the vision they’d had for themselves: to have two children.

“I came to know I was pregnant just as the pandemic was starting. It was a scary time, but I was still ecstatic because I’ve wanted 2 children for as long as I can remember. So when she started choking as she lay on my chest, barely an hour after birth, I couldn’t stop panicking. When the doctor had to rush her into the NICU and put her on life support, I was terrified beyond belief!” — Sneha Rani

Her food pipe and windpipe were fused

“The doctors did scans and discovered that my baby’s food pipe and windpipe were fused, and she needed surgery to fix it! Less than 24 hours after coming into this world, my poor little girl had to go under the knife. She was in the NICU for 14 days, again on life-support, but we thought everything was fixed when she was discharged and sent home. They had left a pipe running through her nose, through which we were supposed to feed her till her throat recovered. A week later they tried removing the pipe so she could feed normally, but immediately she started choking, and nearly died on the spot!”

Sudhakar and Sneha’s baby is running out of time. With her condition, unfortunately, there's a very real possibility that it will end up killing her. Each time she tries to take a breath, her body gets very little oxygen. This means that no matter how hard she tries, how much she gasps, this baby is slowly suffocating to death. She needs one last surgery to cure her, but these parents have already spent everything they have and more on her medical expenses.

Please, you’re our only hope now...

As a salaried employee, Sudhakar has already had a rough year financially due to the pandemic. He still tried his best to save money, determined to not let his newborn feel a lack for anything. But over the past couple of months, this poor couple has spent close to 10 lakhs, almost entirely borrowed. Now they once again need just as much, if not more.

“Please, I’ve asked and begged everyone I know already. But we’re running out of time! You’re our only hope now, please donate as much as you can and save my baby’s life!”