Newborn Fighting For His Life Following Critical Heart Surgery Needs Your Help | Milaap
Receive tax benefits by donating to this cause. 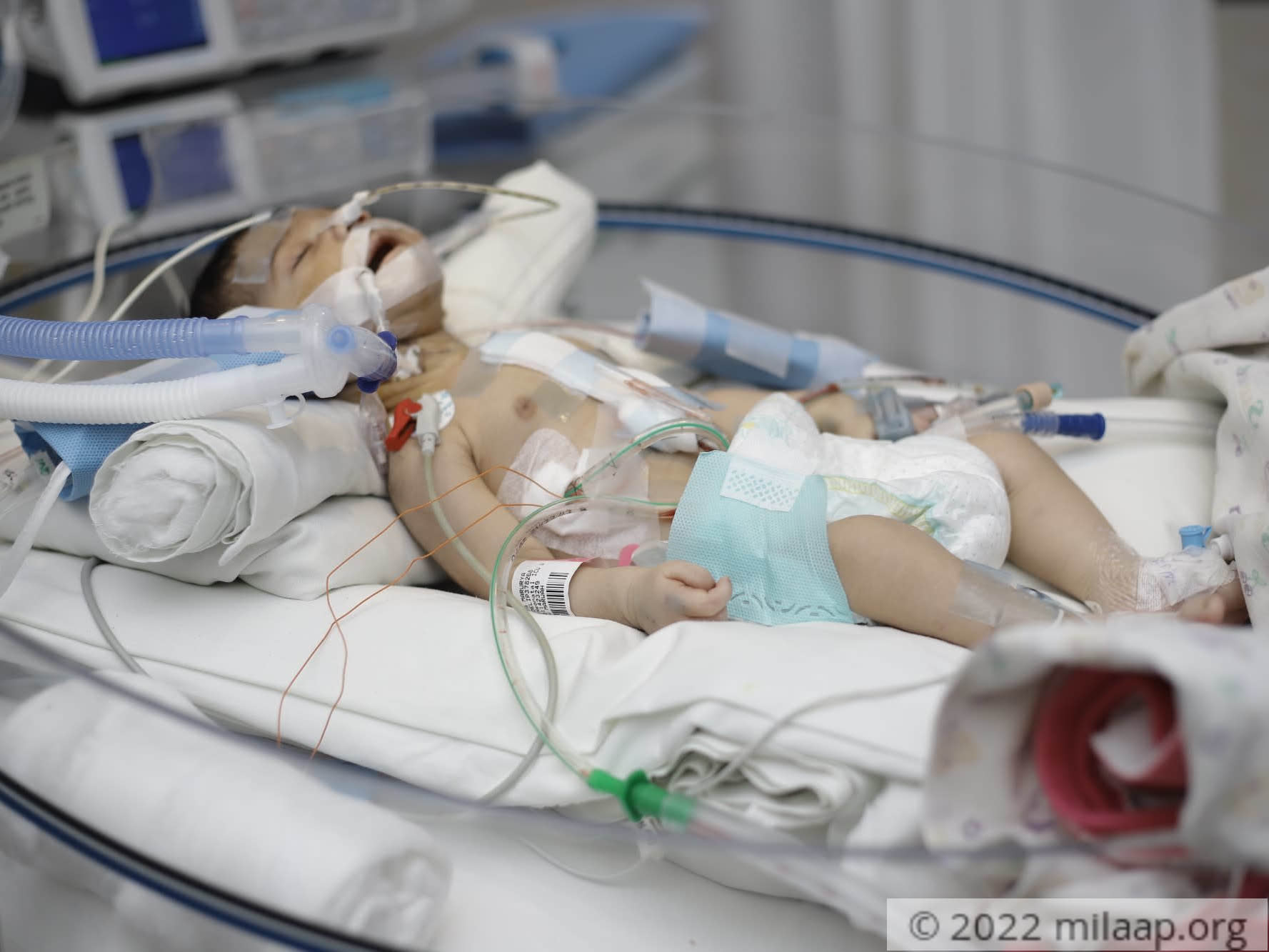 “He was only 16 days old when he was rushed into the operation theatre. We were told he would need a major surgery that takes hours and we were very worried. We did not know if his tiny body could handle it.”- Kamlesh, father.

Kamlesh and Sarita’s newborn baby boy was suffering from a severe heart defect called transposition of great arteries, in which the position of major blood vessels of the heart is switched. It causes the diversion of normal blood circulation, robbing the body of oxygen and nutrients. His surgery was successful, but he has been in the ICU for two weeks now and has still not recovered completely.

‘If we had delayed his surgery any further, we would have lost him’

Kamlesh and Sarita were blessed with a baby boy in the second week of May, this year. He seemed healthy, and the new parents were getting ready to start their new life journey together, when he started getting extremely sick.

“10 days after his birth, he started coughing continuously, making a whirring sound. It was like something was wrong with his chest. He also started turning blue at times, which really alarmed us. We took him to many hospitals in UP, where they told us he had a heart problem but refused to start treatment. It was in Delhi that doctors finally agreed to operate on such a small baby. They told us that if we had delayed the surgery, he would have died.” - Sarita, mother.

Kamlesh, a worker with the Indian Railways, had saved up enough for his second baby’s delivery and care. He did not imagine all of that would be used up on his newborn's surgery and hospitalization costing lakhs of rupees. He hadn't accounted for this emergency situation at all.

“I have spent more than 4 lakh rupees till now. I sold off everything I ever owned. But it is still not enough. My baby needs continued hospitalization to recover and become all right completely. Please help me in this difficult time. I really do not know what to do except beg for help.” - Kamlesh, tearfully.