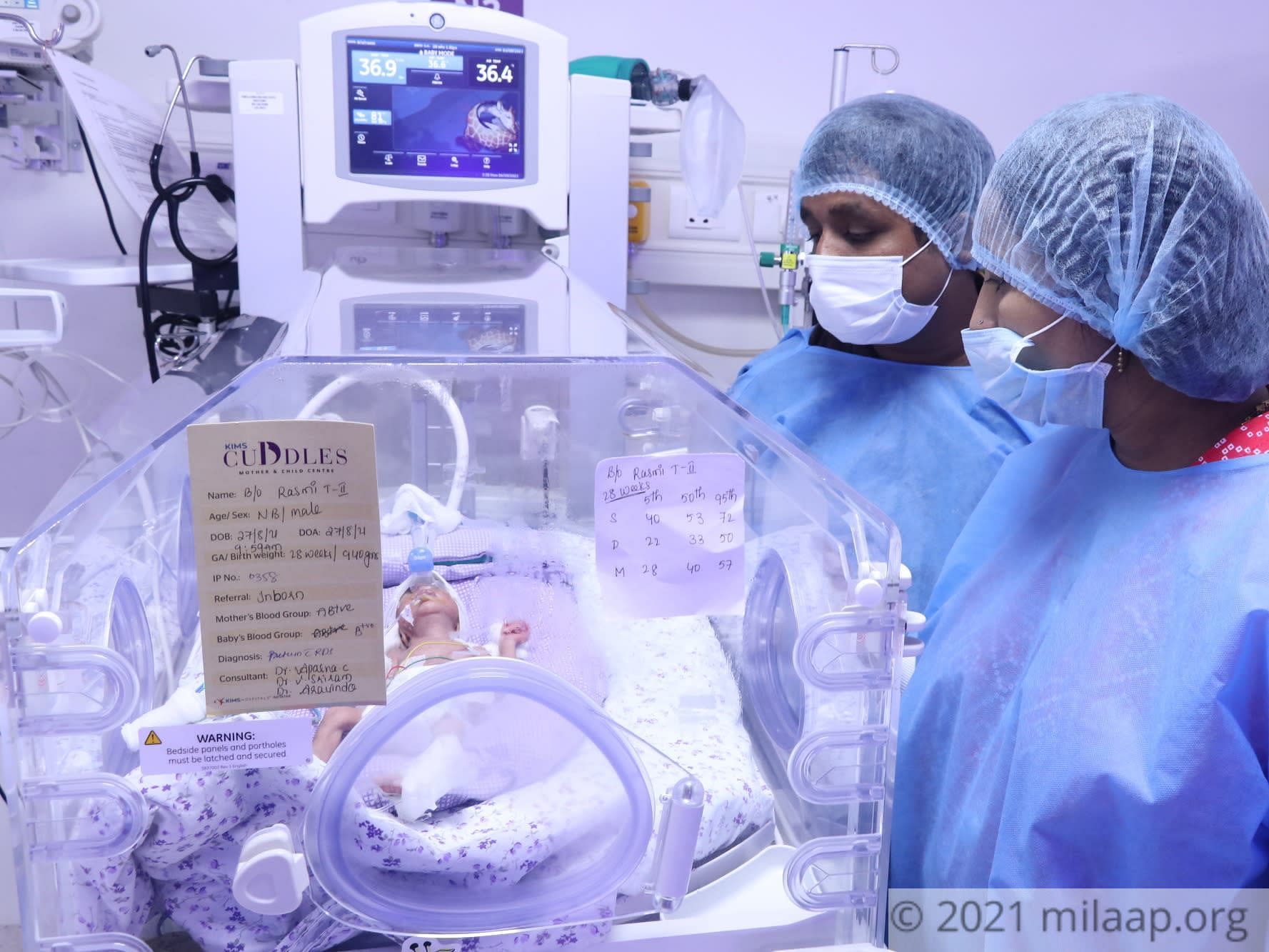 Share
When Avinash and Rashmi got to know that they were going to be parents, they were overjoyed and when scans confirmed they were having twins, they couldn’t ask for anything more. But they never thought that they would be running from pillar to post, trying to save their children from the clutches of death.

The twins were born prematurely at just 27 weeks leading to multiple complications and right now, they are fighting in the NICU to survive. 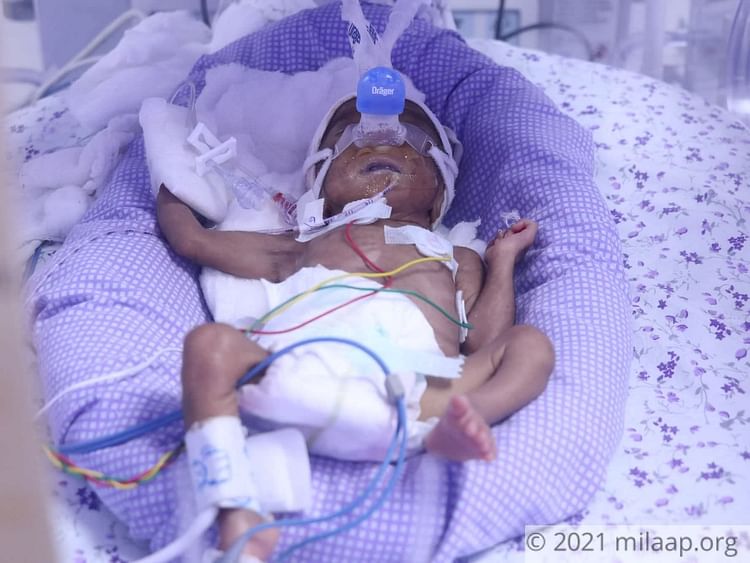 They are battling every second to breathe

The babies, a boy, and a girl, are suffering from extremely low birth weight, severe respiratory distress syndrome, and multiple complications due to underdeveloped organs. Their skin is barely developed and they are susceptible to infections.

“The day my water broke, I was scared to death that I was going to lose my babies. When I gave birth and I heard them cry, I was relived that they were okay but before I could even have a look at them, they were taken away from me to the ICU... I never imagined that my children will be battling every second to breathe. It is so painful to watch them suffer like this.” - Rashmi 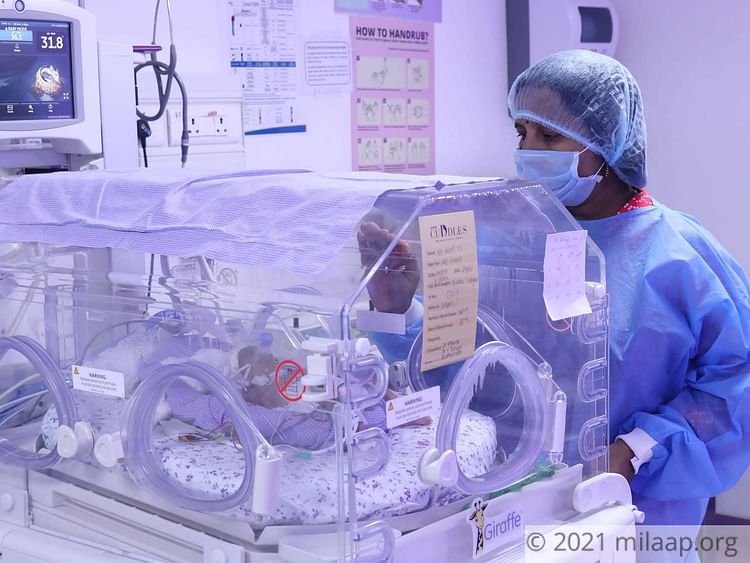 They need NICU to survive but the father cannot afford it

Both of them need to continue the treatment before these parents can take them home. A newborn baby usually weighs around 3 kgs but neither of the babies weighs even half of it.

They need NICU for at least 5 weeks to survive, which will cost no less than 25 lakh rupees. And this poor father will not be able to afford such a huge amount for his babies' treatment in time. 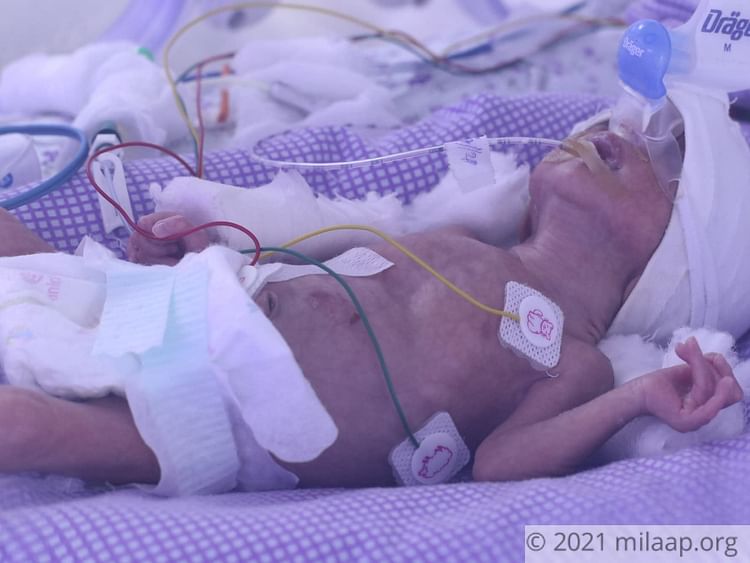 Only you can help

Avinash is a small farmer who sells seasonal crops and milk for survival. What he earns is not even enough to afford the medicines and injections to save his children let alone the entire cost. He made it this far only with borrowed money and loan that he took from other people but now, there is no source left. 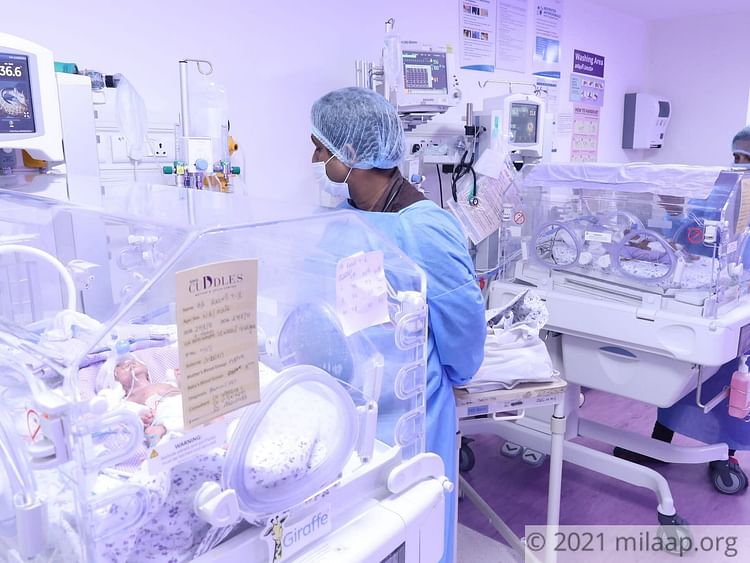 Only you can help these poor parents save their newborn babies. Your small donation can help them take their children back home recovered. Donate to the cause by clicking here.
BO
Patient Baby of Rashmi is 1 day old, living in Bidar, Karnataka
KH
Being treated in KIMS Hospitals, Hyderabad, Telangana