This Baby Needs Daily Antibiotics Till He Can Get Life-Saving Surgery | Milaap
Receive tax benefits by donating to this cause. 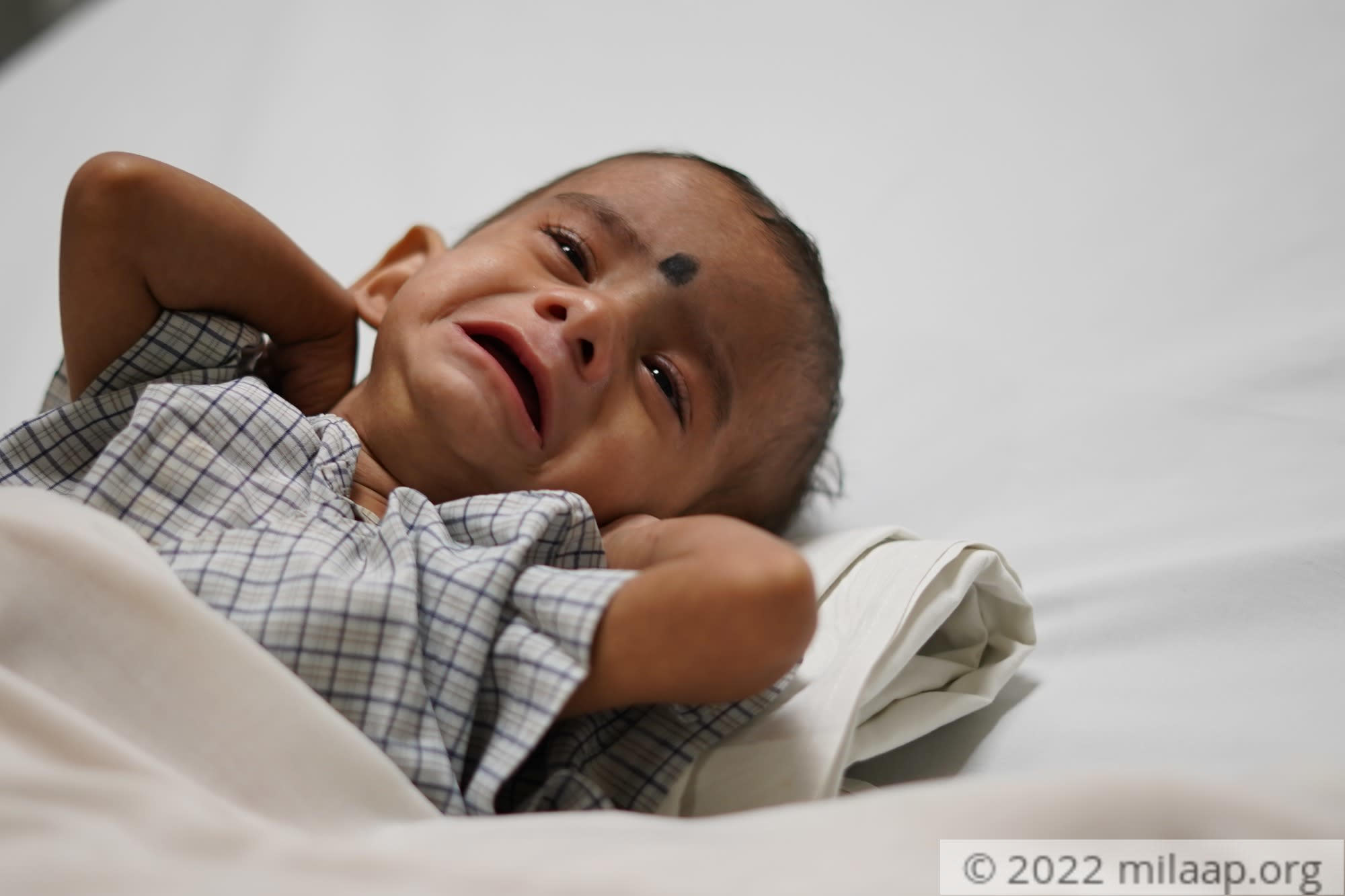 “He became sick three months after birth. Even his naming happened while admitted in the hospital. He has a constant fever, which only goes down when he takes antibiotics. At 15 months, he still weighs only 6 kgs. He can’t walk or even sit without support. The doctors have said he can recover if he gets a bone-marrow transplant immediately. Somehow we have to make it happen.” – Ramakrishna, Baby Yuvan Ram’s father

When their baby became sick, Ramakrishna and his wife Padmaja rushed him to various hospitals, finally coming to Bangalore from Anantapur. The baby’s condition was diagnosed in Bangalore and since then, he has needed to be admitted any time his fever does not break with medicines. The baby has Chronic Granulomatous Disease where his body is unable to defend against any infections.

“His white blood cells don’t work. So he keeps catching infections. He has a few days when he does not have fever and when he is not crying. But it is soon back. Not understanding what is happening to him, he keeps crying. This illness has taken away the baby’s happiness. He vomits any solid food we feed him, so he is on a liquid diet. Sometimes, he enjoys eating a piece of fruit.” – Ramakrishna

Ramakrishna is a teacher in Kalyandurg town in Anantapur. So far, the school he teaches in has been understanding about his need to take leave and attend to his child. But he worries about what will happen if they decide to let him go. His older son Hasan Ram (4) often wants to play with his baby brother and carry him. But the baby is too tired and sick to play.

“He asks why we don’t let him carry his brother or play with him. What can we tell him? We just tell him he is sick. We haven’t been able to start his school because we have been running around hospital to hospital for the baby. Once the baby is healthy, we can think of other things.” – Ramakrishna

Ramakrishna earns Rs 12,000 every month. He had managed to save up some money for his children’s future. Now, all his savings are wiped out and he deep in debt having spent more than Rs 8 lakhs on the baby’s medical expenses. At this point, a bone-marrow transplant is beyond his means. But he is still fighting because he desperately wants his child to get better and not suffer any more. He hopes that he gets help in time so that his innocent child can finally live and grow up without sickness.

Your help will give the gift of childhood to this baby that has so far known only pain and sickness. Click here to contribute.