She Lost One Child In An Accident, Now This Mother Desperately Tries To Save Her Newborn | Milaap
loans added to your basket
Total : 0
Pay Now

She Lost One Child In An Accident, Now This Mother Desperately Tries To Save Her Newborn 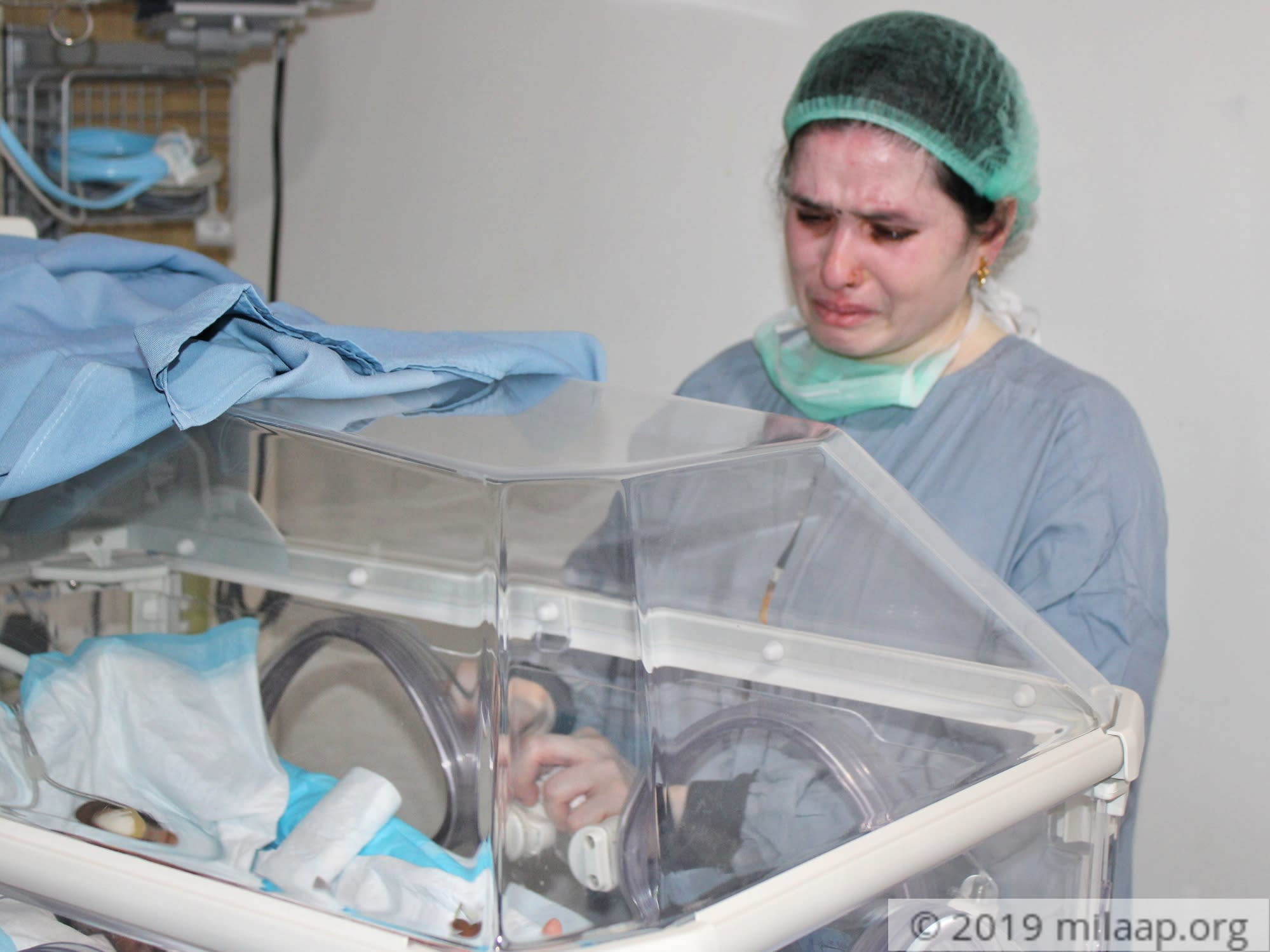 Share on facebook
A few years ago, on one fateful day, Manjula and Jijesh lost their son to a tragic accident. He was only 5, and the devastated parents grieved for years. Having been heartbroken, they were too afraid to have a child again. After years, they finally decided to have a child again. Manjula found out she was carrying twins. However, just a few weeks after they found out, their worst fears came true.

“One of my babies had died inside me. One was still alive. I mourned for a baby I never knew was there. But I was happy God had spared the other one. I took extreme care to save this child. Because, this was our last chance. The doctors told us we’d never be able to have a child after this! Everybody in our neighbourhood checked on me. They knew what this child means us. We thought the worst was behind us..."

But the baby was born premature, and weighed no more than 600g

“During the 6th month, at 3 in the morning, I realized my water had broken. We rushed to the hospital, and the very next day, underwent caesarean. It was a baby boy, but he was too fragile, and small. He was immediately put on ventilator support. 2 months later now, he’s still there….” – Manjula.

His intestine was outside his body

“They had to make a cut in his intestine and keep it outside, over his stomach. I couldn’t stand it; he must have been in so much pain. However, after the surgery was complete, his health improved and he began gaining weight. But now again, it’s back. He can’t drink milk, he vomits it; and his stomach is all swollen. He needs to stay in the NICU longer to survive.” – Manjula.

Jijesh runs a small tea-shop in a rented space that fetches him no more than Rs. 10,000 a month. All that he earns goes in paying the house and the shop rent. While the money they earned was sufficient earlier, Jijesh is struggling to make ends meet now. He's neck-deep in debts with all the money borrowed for the treatment, until now. They are helpless.

“In these three months, I’ve only seen the baby thrice. I can’t miss work for even a few hours. Every rupee counts. Despite her health condition, Manjula travels up and down by bus every day. She refuses to take the cab. She says the money might help them save our baby. We want to bring him home, at any cost…We want to be parents again” – Jijesh, father.

Jijesh and Manjula have done all they can, but it's not enough to save their child. You are their only hope.

You will fight it through .

You will fight it through .

Don't worry Anjenayer is with you!