This Mother Is Fighting To Save Her Newborn, She Needs Your Help | Milaap
loans added to your basket
Total : 0
Pay Now

You are sending a message to
Pawan Kumar Sharma
Go back

This Mother Is Fighting To Save Her Newborn, She Needs Your Help 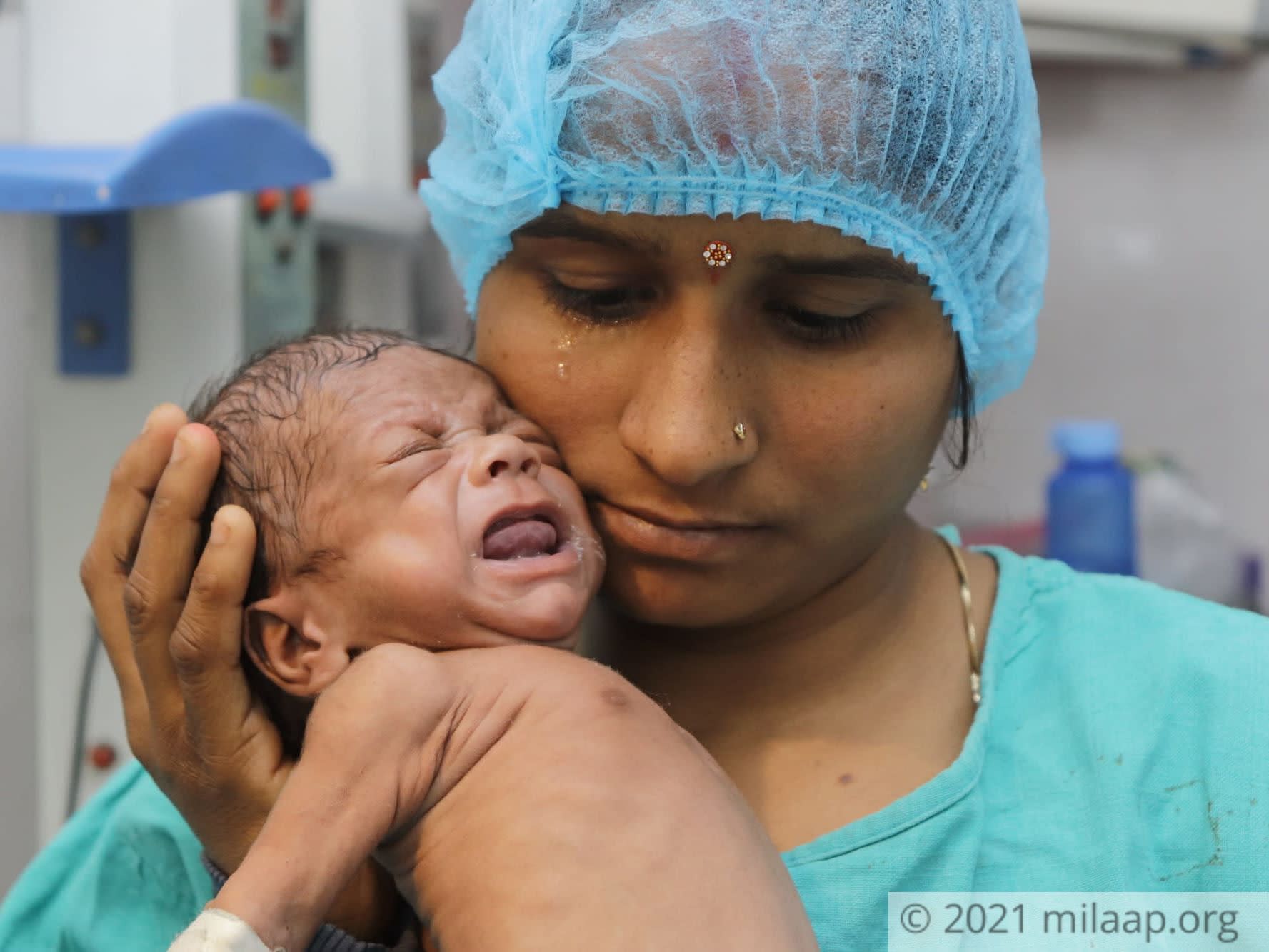 Share on facebook
Mamta was only six months along in her pregnancy when she went into labour. Her baby girl, born prematurely, has spent every moment of her newborn life in the NICU. With a severe infection also coursing through her, she needs a few more weeks in intensive care.

The past year has been difficult for all of us, but Satish and Mamta have had to go through very trying times. Satish lost his job and resorted to alcohol to drown out his severe depression. Despite Mamta’s best efforts to help him through it, he went into a downward spiral. It was then that Mamta learned of her pregnancy and it became their ray of hope amid despair.

“I can’t explain what we were going through. It seemed as if everything was going downhill and there was nothing I could do about it. That’s when the news of my pregnancy came and I thought that this could bring back our lost happiness…,” - Mamta, mother. 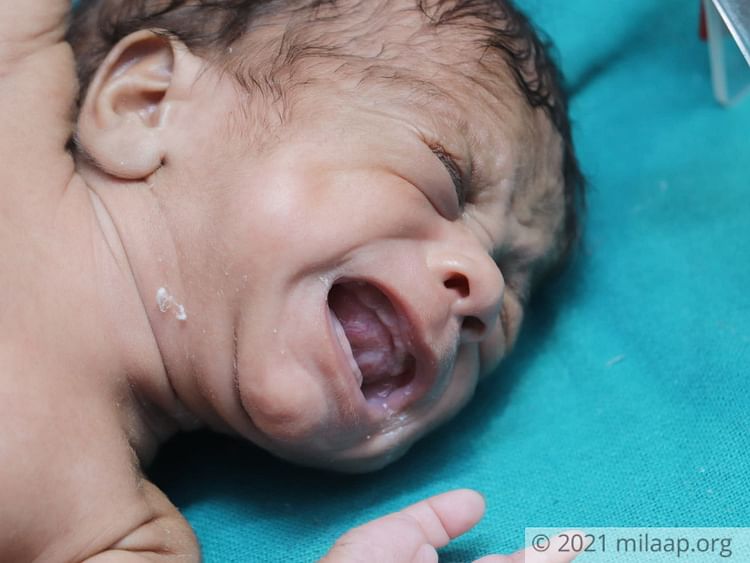 Their hopes were crushed with the premature birth of their baby

Mamta’s baby girl came into the world at 6 months old, far too small, weak and frail. She was immediately rushed into the NICU, where she has been fighting for her life for the past two months. Her organs are underdeveloped, she is underweight and has difficulty breathing on her own.

She also has a severe infection that requires constant medical care. The baby needs 6 more weeks in the ICU but Mamta can’t afford the treatment. Mamta hasn’t been able to hold her baby in her arms for even a second since her birth and yearns for the day she will be able to take her healthy baby home.

“My brother-in-law takes me to the hospital. My husband is not in a position to take care of me or my sick child. I look at my daughter every day and feel so helpless. I am her mother, there should be something that I can do, right?"- Mamta, sounding helpless. 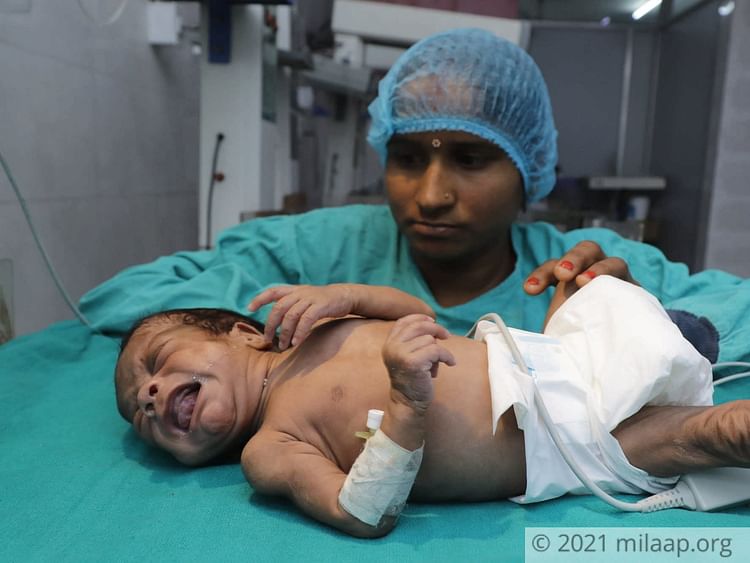 Satish worked as a conductor in a school bus, until the lockdown led to him losing his job. Since then, he has been hunting for work, but to no avail. Dejected, he spends most of his time drinking and feeling depressed about his situation. He feels all the more helpless seeing his daughter suffer, and frustrated with his inability to do anything for her.

Satish’s brothers have been working hard to fund their niece’s treatment, even going as far as to borrow from strangers. They’ve been able to pay around 1 lakh to the hospital, as of now, but that’s nowhere near the required amount which is 20 lakhs. 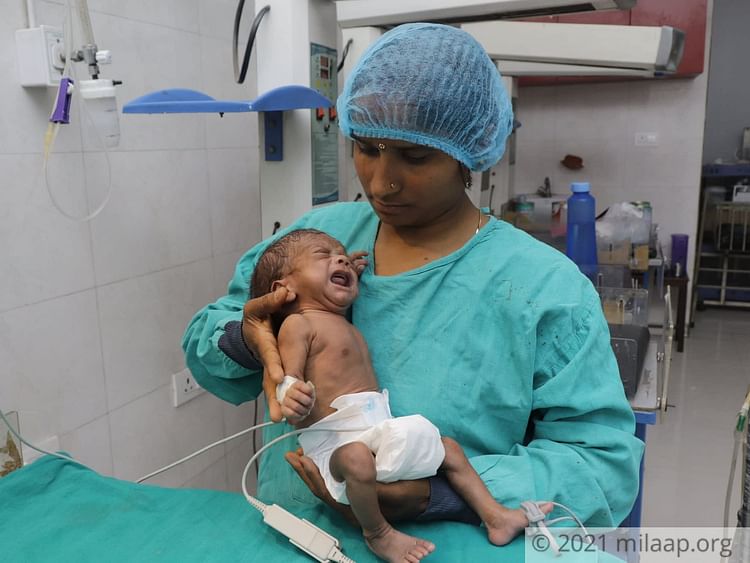 Click here to donate and save this baby girl.