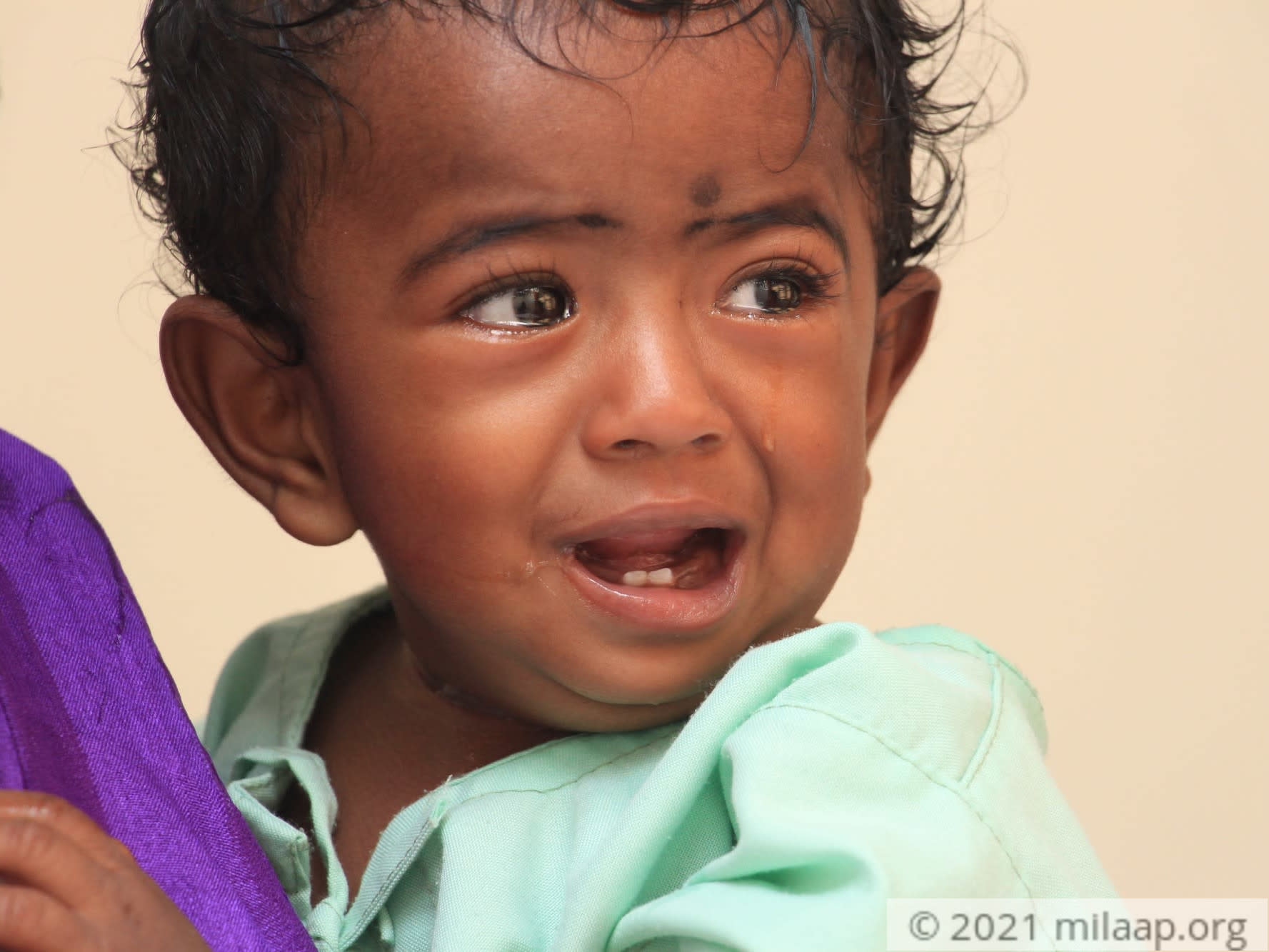 Share
One-year-old Nithwin doesn’t know what milk tastes like or what chewing is. Ever since his birth, he has been fed through pipes and not even a single morsel of food has gone through his mouth. All his parents want is for him to be able to eat like a normal person.

They Lost 2 Babies Before They Were Even Born

Before Nithwin, Deepa had the misfortune of losing 2 babies in her first trimester. When she learned she was pregnant again, Sunil and Deepa were terrified rather than being elated. They prayed to the Gods that this time, the past wouldn't repeat itself. When Deepa successfully crossed her 2nd trimester, the couple was able to relax, grateful that they were finally going to be parents.

However, in the 8th month, Deepa had severe pains and the doctors had to perform emergency c-section to deliver her baby. She had excess amniotic fluid in her womb and the baby’s life was in danger. Following her baby boy's arrival, he was diagnosed with a birth defect and was immediately shifted to a bigger hospital.

He Underwent Surgery Only Few Hours After His Birth

Deepa’s baby was born with a congenital condition called Esophageal Atresia (EA), where a part of his esophagus (the tube that connects the mouth to the stomach) was not developed. To rectify it, the he underwent a surgery just within a few hours of his birth.

“I barely even saw or touched him, and he was taken into the operation theatre for a major surgery. He survived, but the procedure left him with a tube attached directly to his stomach. He is unable to feed through his mouth. Now, every time I pour the liquid food into the tube, I can’t help but cry at the state my child is in.” - Deepa, mother

Only You Can Help

“It’s been a year now, and the longer the tube stays, the riskier his condition gets. Nithwin needs corrective surgery that will allow him to feed normally. This one surgery can set things right, but I can never afford it. The cost is way beyond my means.” - Sunil

Sunil is a daily-wage labourer who works on other people's fields. They live in Ooty, a hillstation, where Sunil can only get work when it doesn’t rain, which is barely 15 days a month. With his limited income, he is unable to keep up with his child's hospital expenses. He desperately needs help to give his son a normal life.