She Saved Her Child From a Falling Roof, Now She Needs Help | Milaap

She Saved Her Child From a Falling Roof, Now She Needs Help To Save From A Failing Heart 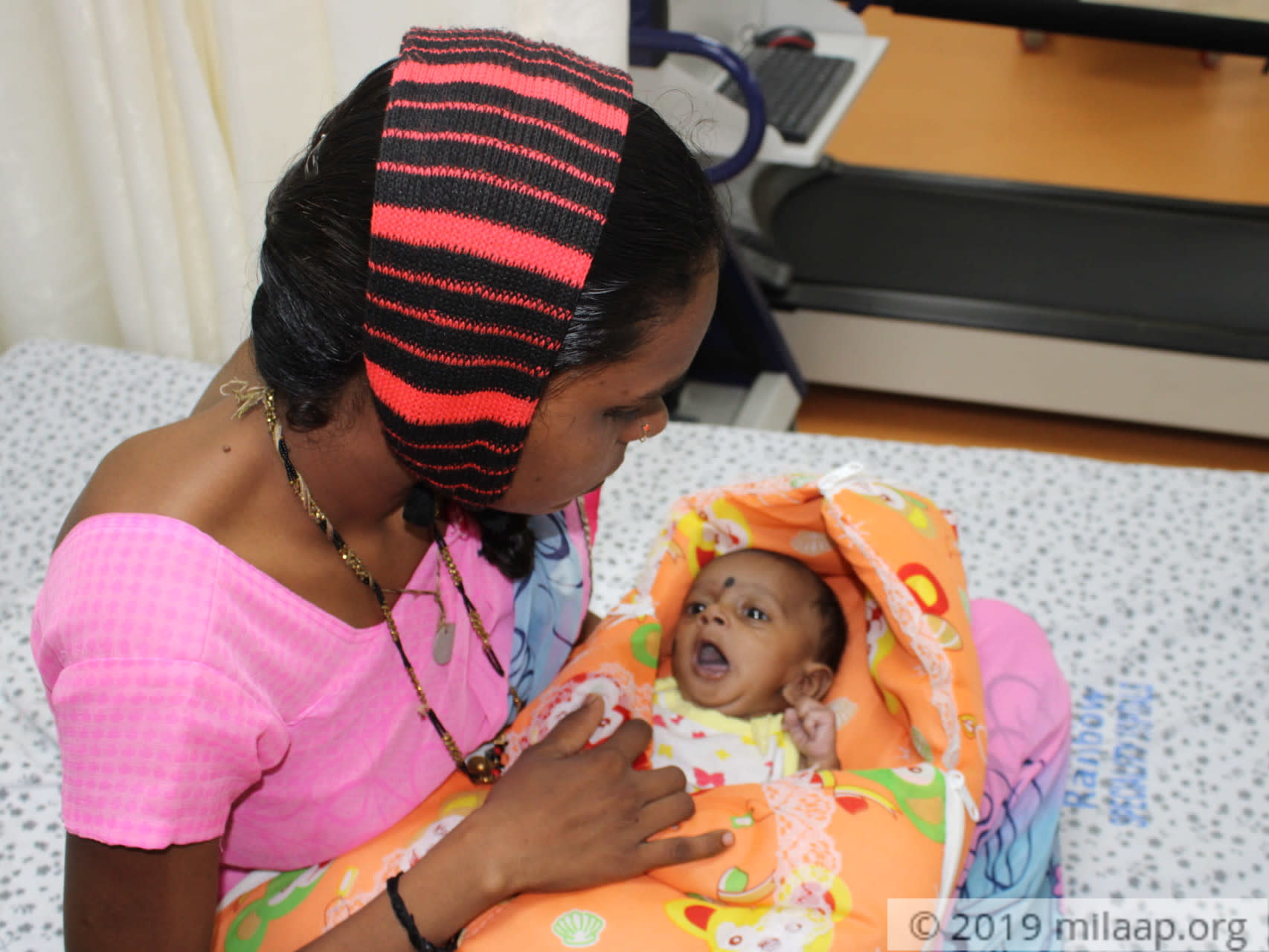 Share
A heavily pregnant Bommakka sat on the floor of their small hut in their village, separating the rice from the husk. Nagarjuna worked overtime and was hardly at home these days, all for their baby whom they were eager to meet. Bommakka often spoke to her baby as she did this, sometimes she would even sing. As she sang her favourite song, Bommakka felt something fall on her head. When she realized what it was, she was overcome with fear – their house was crumbling. She had to save her baby and herself.

“We left the house, found a small place with whatever little money we had. We did everything to protect our baby…but he has a heart disease. And we have no way to save him from this.”
– Bommakka, mother

As soon as Kumar was born, the doctor’s in the government hospital near their village in Andhra Pradesh knew something was wrong. His heart didn't function as it should. It’s been 3 months since that day and Bommakka hasn’t been able to take her baby back home. Kumar has a heart disease in which there’s decreased level of oxygen being circulated in the body.

“He needs a surgery. 1 week ago they said he has 10 days to get the surgery. Now we have just 3 days to save him, but nothing. No money, no savings. Nothing!”
- Bommakka

Nagarjuna works as a daily wager in construction. He earns Rs. 100 a day – this isn’t enough even for medications, let alone a surgery. He’s running out of time to save his only child, and he can’t even be with him through his pain.

Bommakka and Nagarjuna’s baby cries a lot now. He gets breathless often. He needs the surgery before his condition gets worse. Bommakka hasn’t slept or eaten properly in days. How can she when her own child is suffering so much in pain?

Their baby needs a heart surgery in 3 days to survive and only you can help them.
BO
Patient Baby of Bommakka is 2 months old, living in Hyderabad, Telangana
RC
Being treated by Dr. Tapan Kumar Das in Rainbow Children's Heart Institute, Hyderabad, Telangana