She Became A Nurse To Save Lives, But She Can't Save Her Own Son | Milaap

She Became A Nurse To Save Lives, But She Can't Save Her Own Son 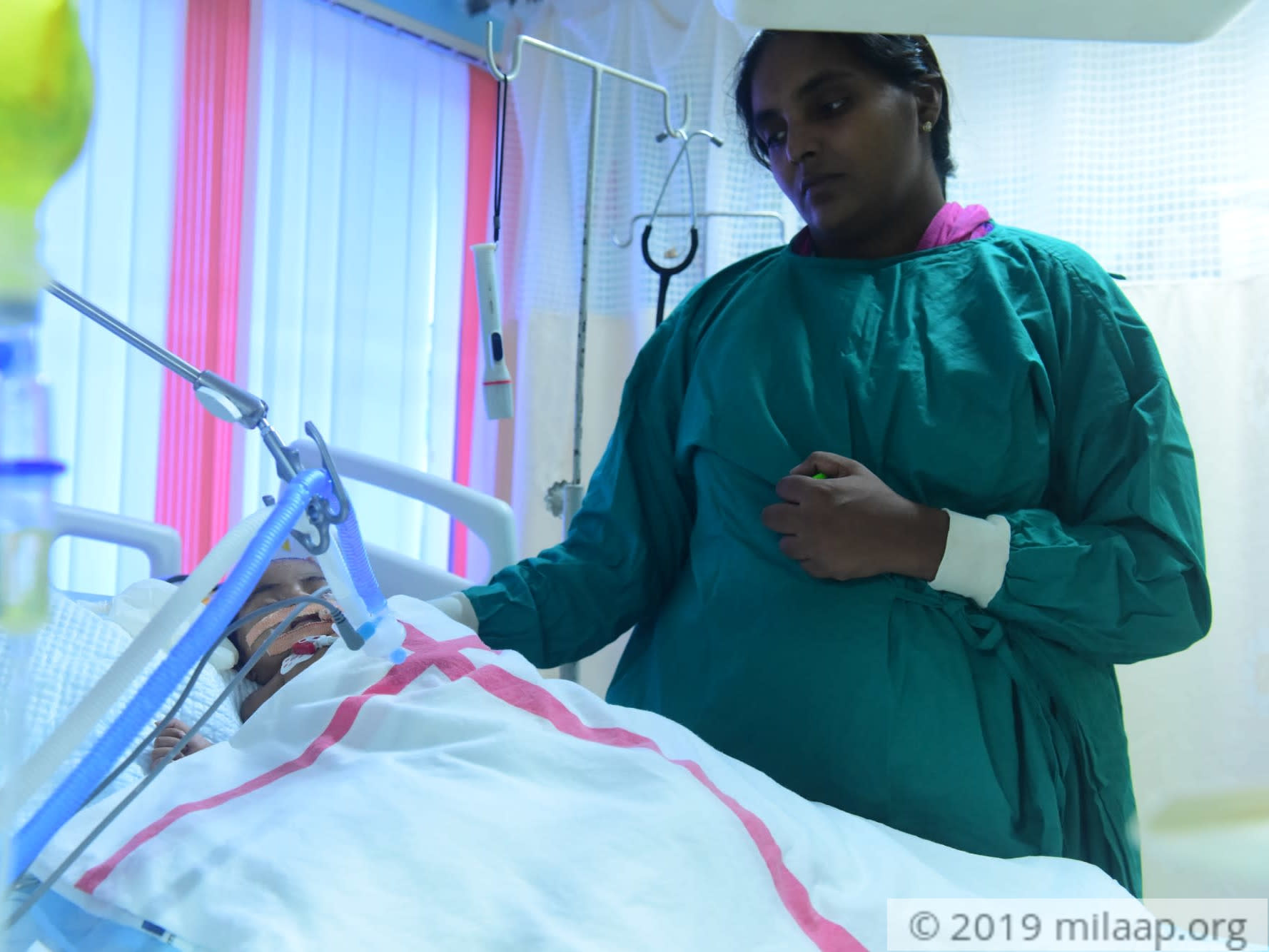 Share
"I’ve wanted to be a nurse all my life. Making a difference in people’s lives each day as I help them through sicknesses and injuries; I’ve been a nurse for 5 years now and I enjoyed every second.
But now… it feels like a curse.
My baby is in the ICU. And I just… I cannot stop thinking about all the different ways in which things could go wrong.
Every time I close my eyes… I see a hundred ways in which I could lose my child."
– Anu, mother

Anu gave birth to a happy and active child just 2 months ago. Binesh had brought his wife and child home soon after and neither parent had been able to stop gushing over the new bundle of joy in their lives for weeks. It was the happiest they had ever been, as they started planning which school he would go to, if he would get into sports like his dad or medicine like his mom. They were starting to pick out names.

“We woke up one day to the sound of him struggling to breathe and rushed him to the hospital. They tried to make him better, but soon he was having so much trouble, he started gasping for breath. And then he started turning blue. They said he urgently needed a ventilator, which that hospital didn’t have, so we brought him here. He was near to death by the time we reached.”
– Binesh, father

His condition is starting to improve, but he has a long way to go

After stabilizing his condition, doctors were able to run further tests to diagnose his illness. It is now suspected that he has a very rare lung disease on top of pneumonia, resulting in acute respiratory failure. Accordingly, his treatment has been modified and he is showing signs of improvement. But he needs one week more of treatment to fully recover. Without it, the disease will rapidly and irreparably damage this baby’s lungs and heart.

“We’ve spent nearly 7 lakhs already. Anu doesn’t make much money, and neither do I as a volleyball coach. But we’d still been saving money for him for a year or so. All of that is gone now. We still had to sell Anu’s jewellery, and then I had to take a loan to cover the rest. But he needs so much more. We don’t know what we’re going to do.”
– Binesh, father

Binesh and Anu are struggling to stay positive. They just want to take their newborn home, but the road to recovery is long and they have run out of both funds and options. Please contribute as much as you can, and help save their little baby’s life.
BO
Patient Baby of Anu Thomas is 1 month old, living in Vythiri, Kerala
BM
Being treated in Baby Memorial Hospital, Kozhikode, Kerala