They Lost One Child Already, Now Their Daughter Is Critical Too, Battling Dengue | Milaap

They Lost One Child Already, Now Their Daughter Is Critical Too, Battling Dengue 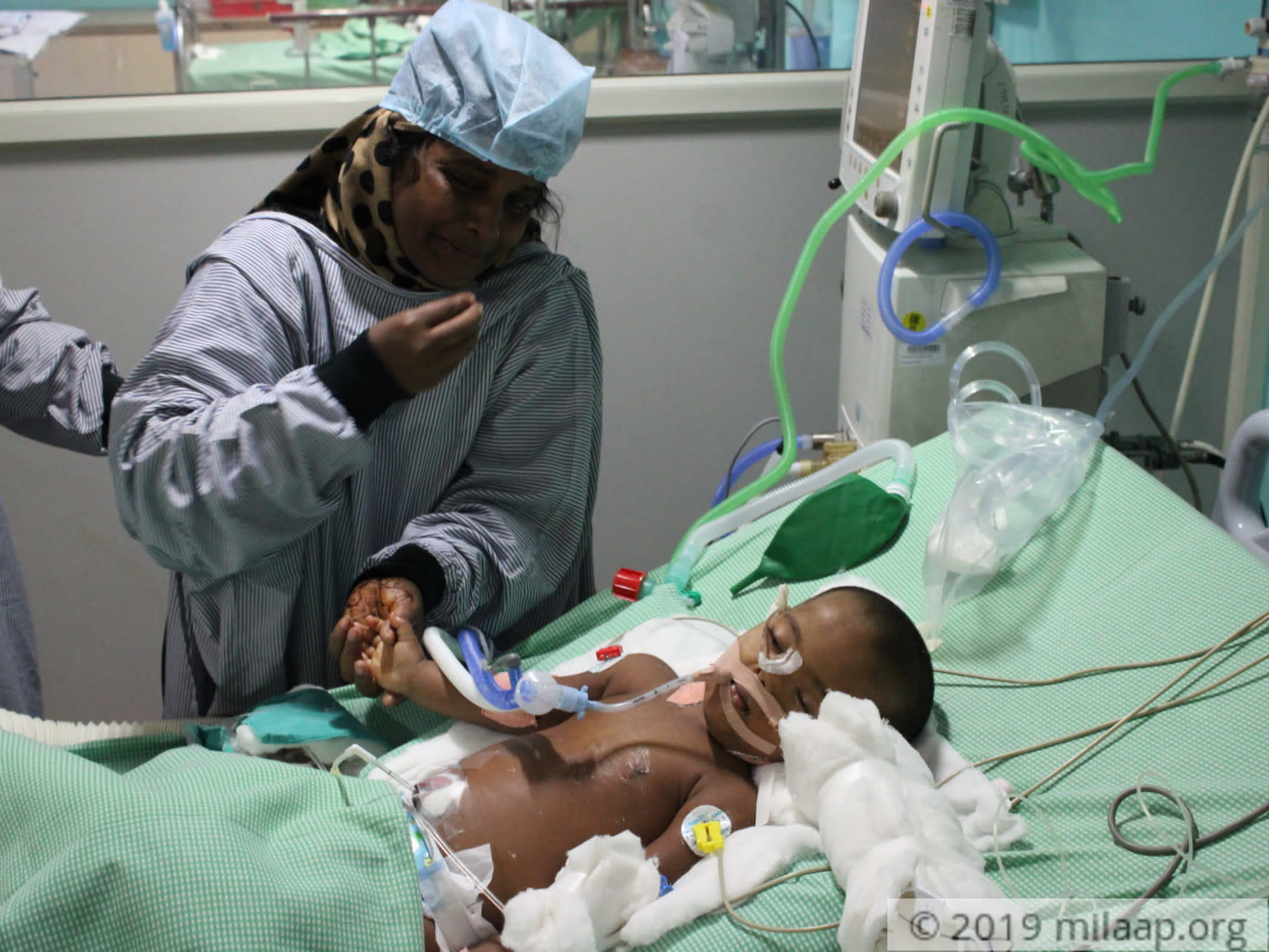 Share
“We named her Muskhan because she used to light up the room with her naughty smile, making everyone around her smile too. Now… As I look at her lying unconscious on the hospital bed, now I wonder what if she doesn’t make it? Will I ever get to see her smile at me like she used to? All I know for sure is that if… if something does happen to her, me nor my wife will ever be able to smile again. Especially after we already lost our son…”
– Kareem, father

After hours of driving in the heat last Sunday, taxi-driver Kareem’s day was just coming to a close when he got a call from his wife: ‘Muskhan has a high fever, we need to go to the doctor’. Thoughts of rest had fled his mind as he rushed home, then took Muskhan to the local clinic.

"As it was a Sunday, there weren’t many people at the clinic. One lady touched Muskhan’s forehead and said to just give her some paracetamol. So I bought some and gave it to my daughter. By that night she was feeling much better. But… next morning, she was burning up so hot that she wouldn’t even wake up. I rushed her back to the clinic, and when the doctors checked her, she was running a fever of 106°!"
– Kareem

Little Muskhan was admitted on an emergency basis, and doctors immediately went about trying to reduce her temperature. Only once they managed to bring it down to a manageable level could they even think about trying to diagnose what had caused it in the first place. They ran various blood tests, and when the results came back, Kareem and his wife couldn’t believe it…

“Dengue. My baby had dengue fever! It’s… You see so much news on the TV, hear people talking about it all the time, you know how bad it is and how people die every week, but you never really think that it could affect you some day, do you? It’s always something that happens to someone else. But today, it’s my one-year old daughter… and I don’t want her to become just another news-report…” – Reshma, mother, breaking down

This family is devastated and praying for things to get better. They’re watching the little light of their lives suffer from this deadly disease day after day, but they are not able to do anything about it. Little Muskhan experiences severe headaches and pain behind her eyes. She also has to bear horrible joint and muscle pain, and severe nausea whenever she isn’t unconscious. All this is already traumatic, but this family was only just now recovering from another tragedy that struck them a little over a year ago.

“Our baby boy passed away just three months before Muskhan was born. Pneumonia. Even then it was the same problem, we couldn’t afford the treatment for him. It shattered poor Reshma’s heart. If we lose Muskhan too…”
– Kareem, unable to continue

Kareem has already taken loans and spent 2 lakhs on Muskhan’s medicines and treatment so far. But for her to fully recover, she needs at least 8 lakhs more, and that is an amount that Kareem can’t even dream of coming up with in such a short time.

You are now this family’s only hope. Please come forward and donate as much as you can. Save this little girl from needlessly becoming just another news report.
BM
Patient Baby Muskhan is 1 year 8 months old, living in Hyderabad, Telangana
SH
Being treated by Dr. Ramesh Babu Dasari in Star Hospital Pvt Ltd, Hyderabad, Telangana