'I Have Lost Two Children To This Fatal Liver Disease, Now It Is Preying On My Youngest Son' | Milaap
Receive tax benefits by donating to this cause.

'I Have Lost Two Children To This Fatal Liver Disease, Now It Is Preying On My Youngest Son' 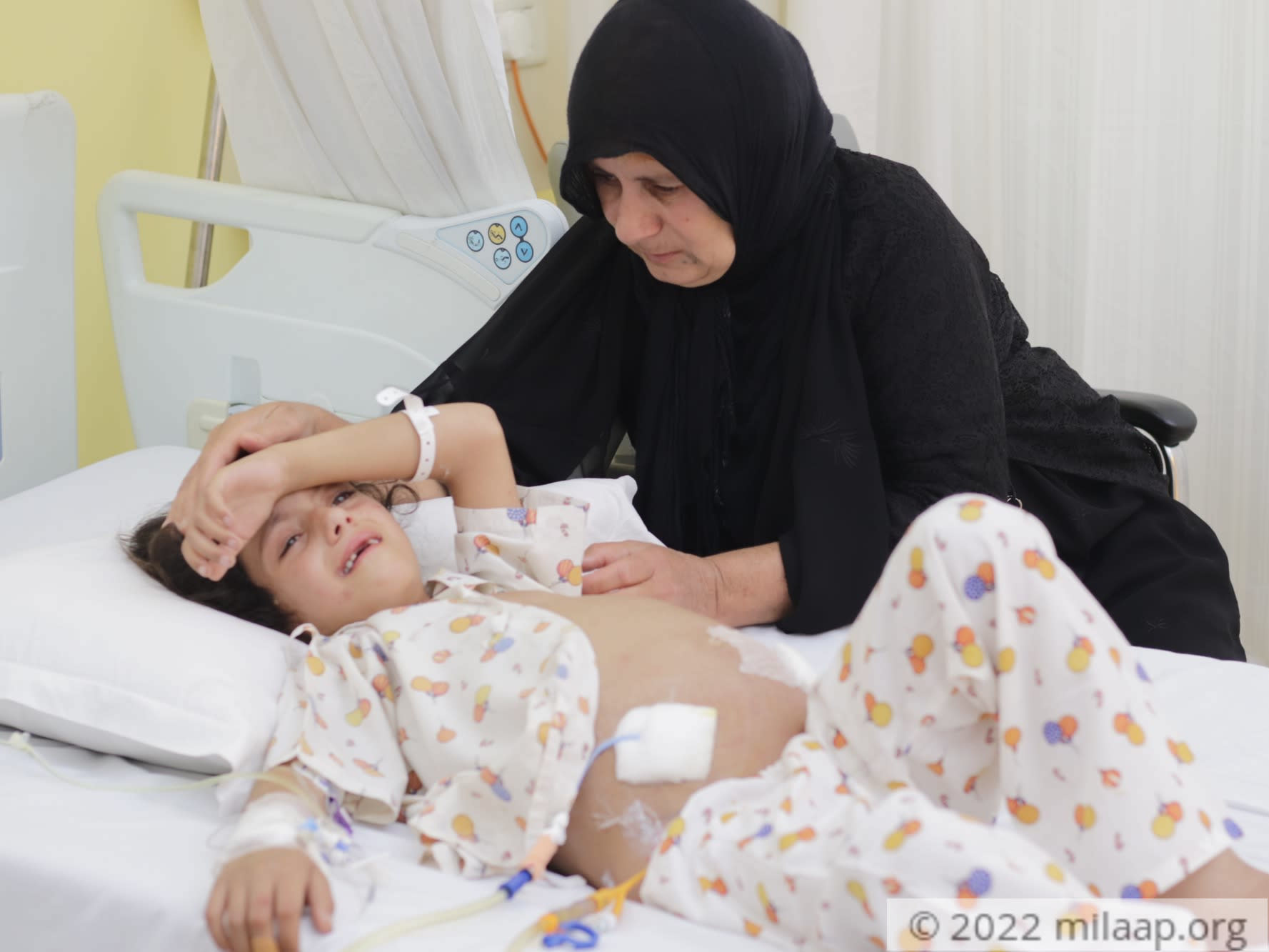 "At times, I feel like my children are paying the price for my sins. After losing two of my precious children to a fatal liver disease, I thought I had lost more than enough. But now… that same disease has come back to haunt my youngest son, Eelaf. Even the thought of losing another child makes me tremble with fear, and I know that this time I will not be able to survive the grief." - Bayan Abdullah, mother

This mother has travelled from Iraq, hoping to save her son from his failing liver

It all started just a few days ago, when Bayan noticed the same liver failure symptoms in 8-year old Eelaf at a rapid pace. Within two days, his belly had swelled up unusually and his body had turned pale. But when his eyes started changing colour too, without second thought, she just reached out to all the hospitals in Iraq for treatment. But none of them had ample resources for his end-stage liver failure. With no other option left, Bayan flew to India because she dreaded the thought of her child dying in her arms, without treatment.

Eelaf has liver cirrhosis, a disease that has scarred his liver beyond repair. The damaged organ will only contribute to increased levels of toxins and fluids, further endangering his life. There won't be much time left before all the adjoining organs start to shut down, leading to multi-organ failure. An urgent transplant is his only option, but the lack of funds is the major hurdle this family is currently facing.

Critical in the ICU, without a transplant his life is in danger

In such dire times, Bayan all by herself in a foreign country with her ailing child, and struggling to arrange INR 22 lakhs for his transplant. Her husband, Sardar Yousif, couldn't accompany them because they couldn't afford any more air tickets. Being a labourer, losing wage for even a day's work hardly leaves anything for Sardar to feed his kids.

"I had 8 lovely kids but our poverty couldn't keep us all together. I regret being unable to save two of my kids earlier because we were living on crumbs and had no money to even consult a doctor. I have moved mountains to bring Eelaf here all the way from Iraq, because I have only one chance to save him with this transplant before it is too late. I plead with you all to show some mercy on my son by helping me with his surgery." - Bayan Abdullah, mother

Eelaf is too young to understand why his vision gets blurry and his belly keeps hurting. He tries to resist the nurses when they put an oxygen mask on him, because he is scared that his mother won't be able to hear his cries for help. His blood pressure keeps fluctuating and that's why he has to be constantly monitored to avoid the risk of a brain stroke. He is also fighting sepsis and all the complications of hypertension at this tender age which is destroying his body and putting pressure on his kidneys too.

Luckily for Eelaf, his brother can donate a part of his liver and if the surgery takes place at the earliest, this kid will be back on his feet and will no longer be confined to a hospital bed. But this can only be possible with your generous support now.