This Little Musician May Lose His Voice... Or Even His Life... Without Urgent Surgery | Milaap

This Little Musician May Lose His Voice... Or Even His Life... Without Urgent Surgery 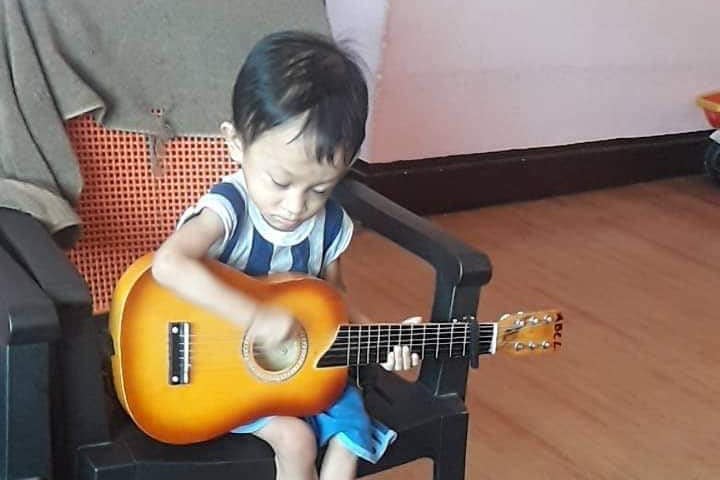 Share
“The first time I saw him try to play my guitar, it brought tears to my eyes. And then he started singing! Because of his condition, he couldn’t run or play like other kids. So if my son wanted to escape into music, then I decided I would gladly teach him, like my father taught me when I was young, and his father taught him. But ever since his surgery… with that hole in his throat, my son hasn’t able to sing or even talk for a year or so now…”
– Chabilal, father

Little Abel was just 6 months old when he was diagnosed with a hole in his heart. The doctors told Chabilal and Meri (mother) that he needed urgent surgery, or his growth would become very slow and he would get weaker and weaker with time. The devastated parents had left the doctor’s office with his warning ringing in their ears: ‘The longer you wait, the more danger your son’s life will be in…’


With Chabilal being a daily wage construction worker and Meri a housewife, it was a long road ahead for these parents despite their best efforts. It took them 2 years of dedicated saving and multiple loans to finally afford the surgery little Abel needed.

“We gave up everything that we could… my husband and I were even living on 1 meal a day, all so that we could get our son his surgery as soon as possible. Finally, the moment we had enough money, we took him to the doctor. His surgery got scheduled for the same day, and then… then we thought it was over.”
– Meri, mother

But hardly a week passed, and Abel needed to be rushed back

Due to a post-surgery complication, Abel’s windpipe was starting to get inflamed and close, blocking his airways. The doctors had to do an emergency tracheostomy, a procedure where a hole is cut into the throat to create a direct passage of air into their lungs. It’s meant to be a temporary measure, as prolonged usage can lead to severe bleeding, permanent damage to larynx (vocal cords), damage to the food-pipe, and even lung collapse leading to death.

Little Abel has had a tube sticking out of this throat for almost a year now, but he doesn't understand the danger he is in

“The doctor told us he needs an airway reconstruction surgery, only then can we remove the tube from his throat. Until he gets the surgery, it’s the only thing that lets my little boy breathe. But… we already spent everything we had on his heart surgery, and are still struggling to pay off the monthly loan repayments. We’ve been trying, and trying, for nearly a year now, but where can we come up with that much money?”
– Meri, breaking down

These parents reached the end of their ropes almost a year ago. But they’ve been struggling anyway, not wanting to give up on their little boy. It’s taking them too long however, and Abel is now at severe risk of permanently losing his voice at best, and losing his life at worst.

This family now seeks your help, so donate however much you can.
BA
Patient Babel Abel is 3 years old, living in Bengaluru (Bangalore) Rural, Karnataka
NH
Being treated in Narayana Harudayalaya Hospitals, Bangalore