This Baby's Arrival Brought Justice To His Murdered Aunt After 10 Years | Milaap
loans added to your basket
Total : 0
Pay Now

kg
You are sending a message to
kheya ghosh
Go back 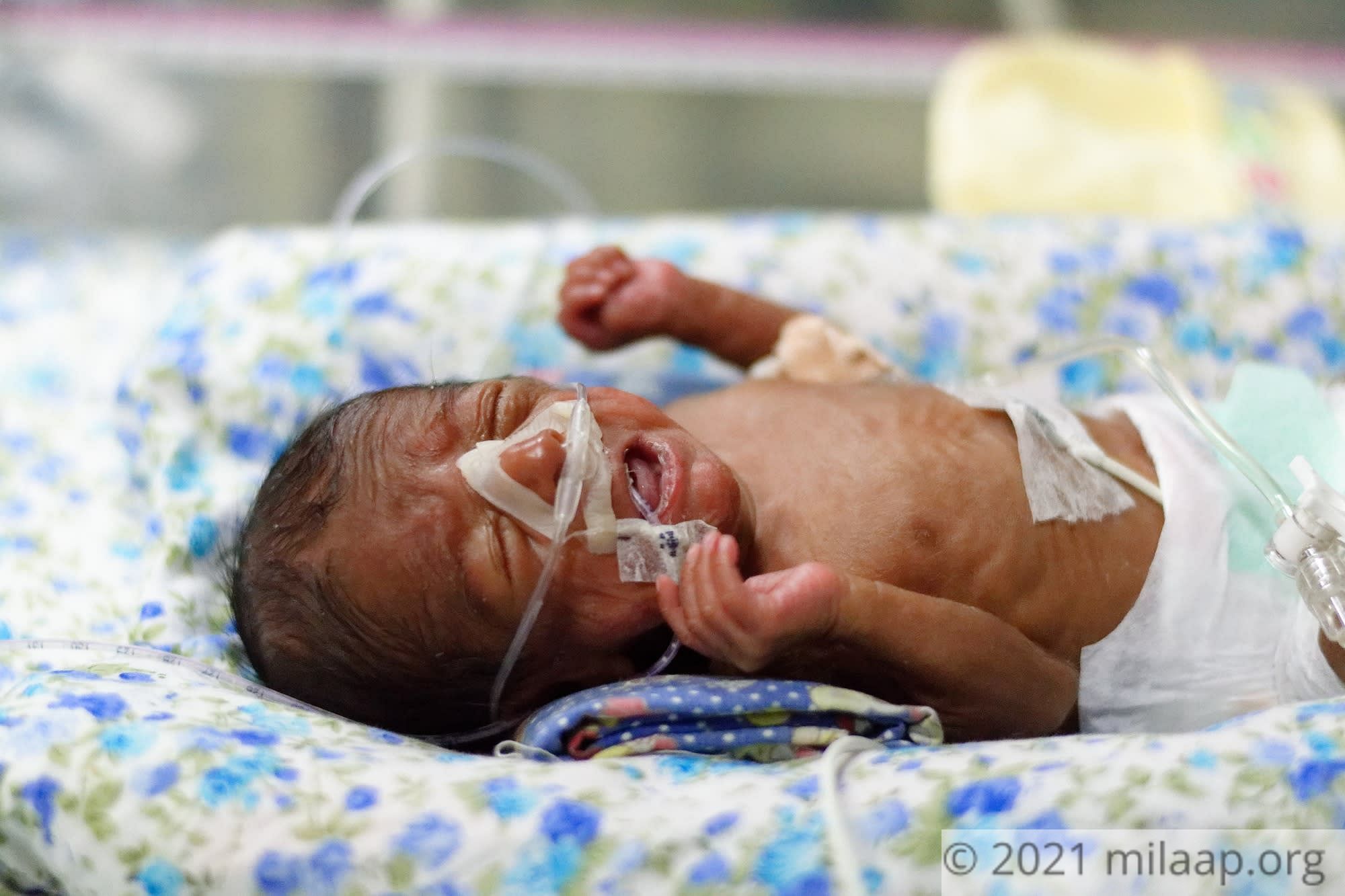 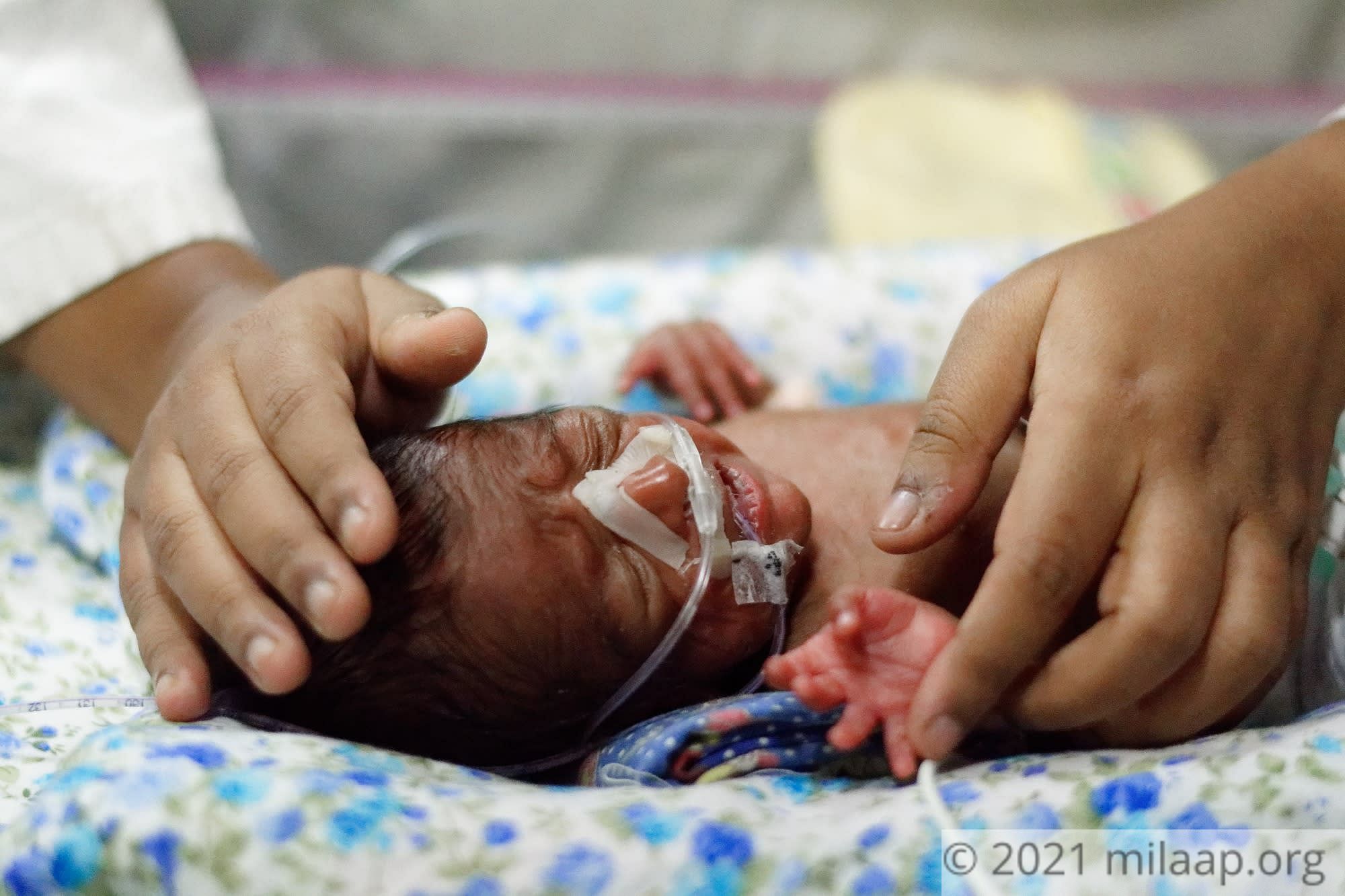 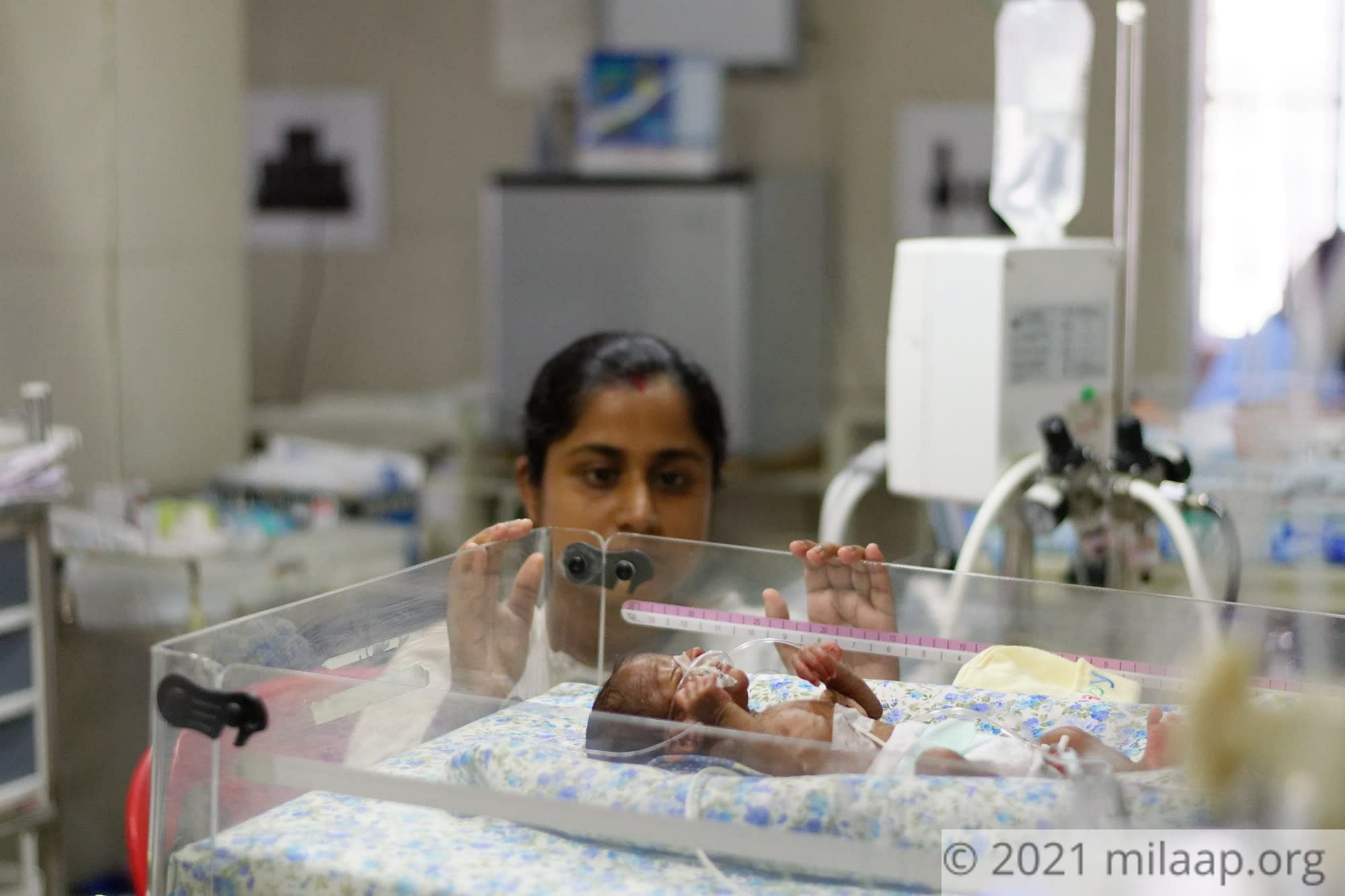 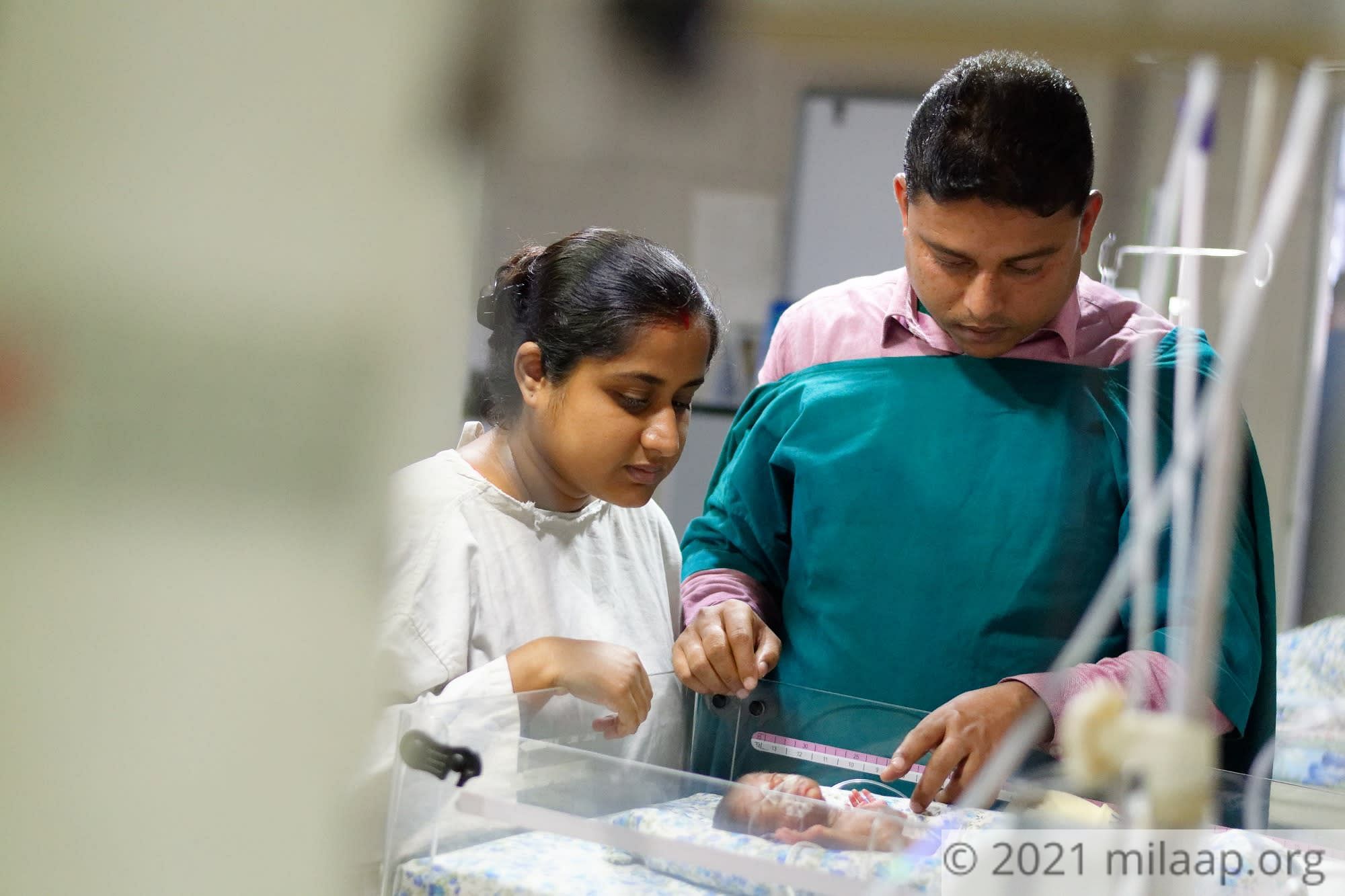 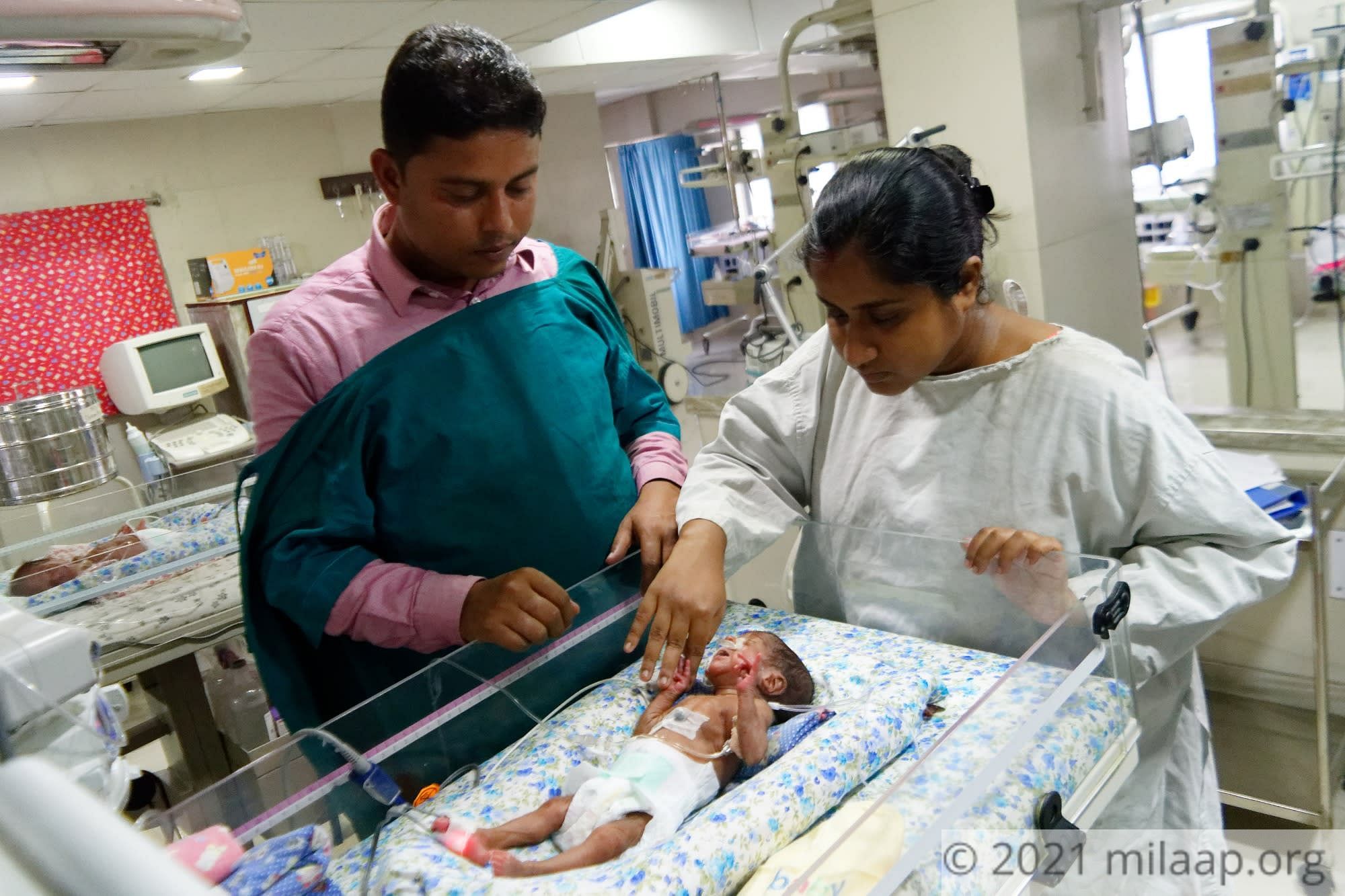 Share on facebook
Indrajeet's elder sister was murdered by her husband in 2010. Both her kids are being taken care of by Indrajeet and Ayantika for 10 years. The day after Ayantika found out she was pregnant, the next day the murderer was convicted.

"I've been fighting the case for 10 years. It was a long wait but I felt it was my baby's luck that brought justice to my late sister. We have been looking after her two daughters like our own kids and when we thought finally we wanted to have a baby of our own, life had other plans for us. We were so ecstatic. I couldn't save my sister years ago but I still can save my baby but the time is running out and I feel so helpless. "- Indrajeet, father

I didn't even hear his first cry

Ayantika was bleeding profusely and by the time her husband rushed her to the clinic, she was about to faint. She was terrified praying it shouldn't be a miscarriage, praying everything to be fine.

My baby was due in February and it was just November. I was terrified of losing him but he fought and came into this world. I was too weak to even open my eyes and I didn't even hear his first cry. When I saw him for the first time, he was so weak, his organs had not even developed fully but he still didn't give up on me. I cannot let our circumstances decide his fate, I will fight to save him."- Ayantika, mother

The baby has been in hospital since November. It was not easy for Ayantika to wait for 15 days to see her baby for the first time. When she did, she couldn't bear to see how much pain her baby was going through. She saw him gasping for breath and his body very weak with visible bones. He has to be kept in NICU with utmost care. But this requires a lot of money, which Ayantika and Indrajeet are unable to afford.

Along with the baby being prematurely born, his organs being underdeveloped and at risk, their baby has Apnea, a sudden cessation of breathing. They are always worried that due to this condition their baby will stop breathing. Every second they constantly pray to God, that this shouldn't be their baby's last breath. Currently, the tubes over his body are helping him breathe. The baby is critically underweight and needs prolonged NICU care to be able to recover from Neonatal Sepsis. This is only possible if they can arrange 3 lakhs immediately.


Indrajeet has been financially supporting her sister's daughters who are 15 and 21 years old. He didn't want them to feel the absence of their mom. He had even kept some savings for their marriage. To them, he is like their father now. But within a month, all his savings have been spent to keep his newborn baby alive. He has paid over a lakh now just for his medicines but that has not been enough. He still needs to arrange money to keep their baby in the NICU.

Ayantika has become a mother to her late sister-in-law's daughters
Ayantika and Indrajeet cannot risk taking their baby back home now. Indrajeet works at a bank and earns Rs.17,000 which is decent to feed his family of 6 but not enough to have a pool of savings. He sold his wife's jewellery too and that is how they have managed to keep their baby for 2 months in the hospital now. He needs 3 lakhs more now and he is helpless.


Please help us save Ayantika and Indrajeet's first child. They will be ever so grateful to you for helping them complete their family.

Click here to know more about Baby of Ayantika Mandal
Donate now
OR
Click here to read the instructions before you make a bank transfer.

Donated to this campaign via Bank transfer/QR Code? Click here if you can’t find your donation listed below.
mb
milaap baby of rubi's fund donated $884.27