Atharva's Mechanic Father Sold Everything He Had But Still Is Unable To Save Him | Milaap
loans added to your basket
Total : 0
Pay Now 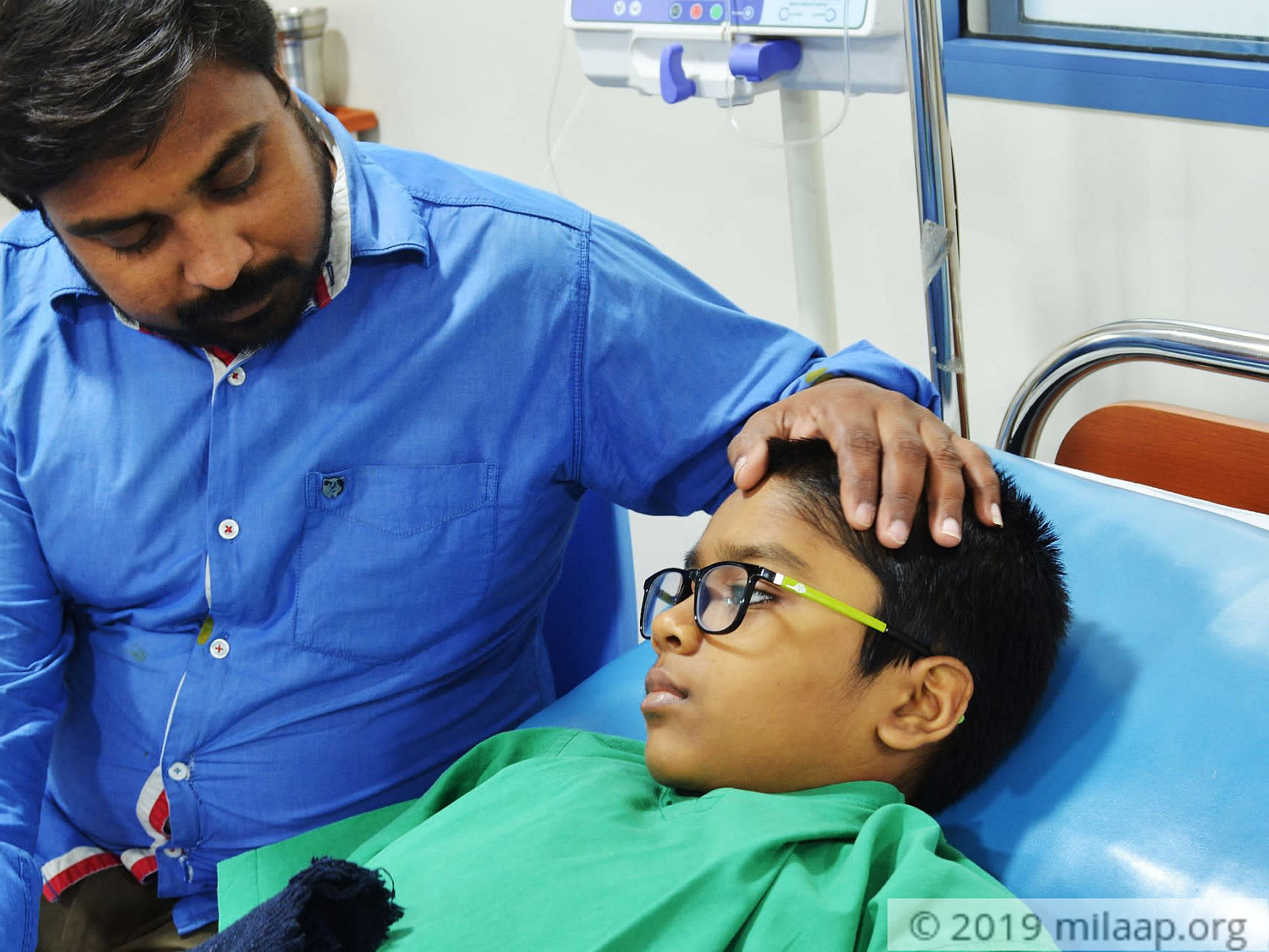 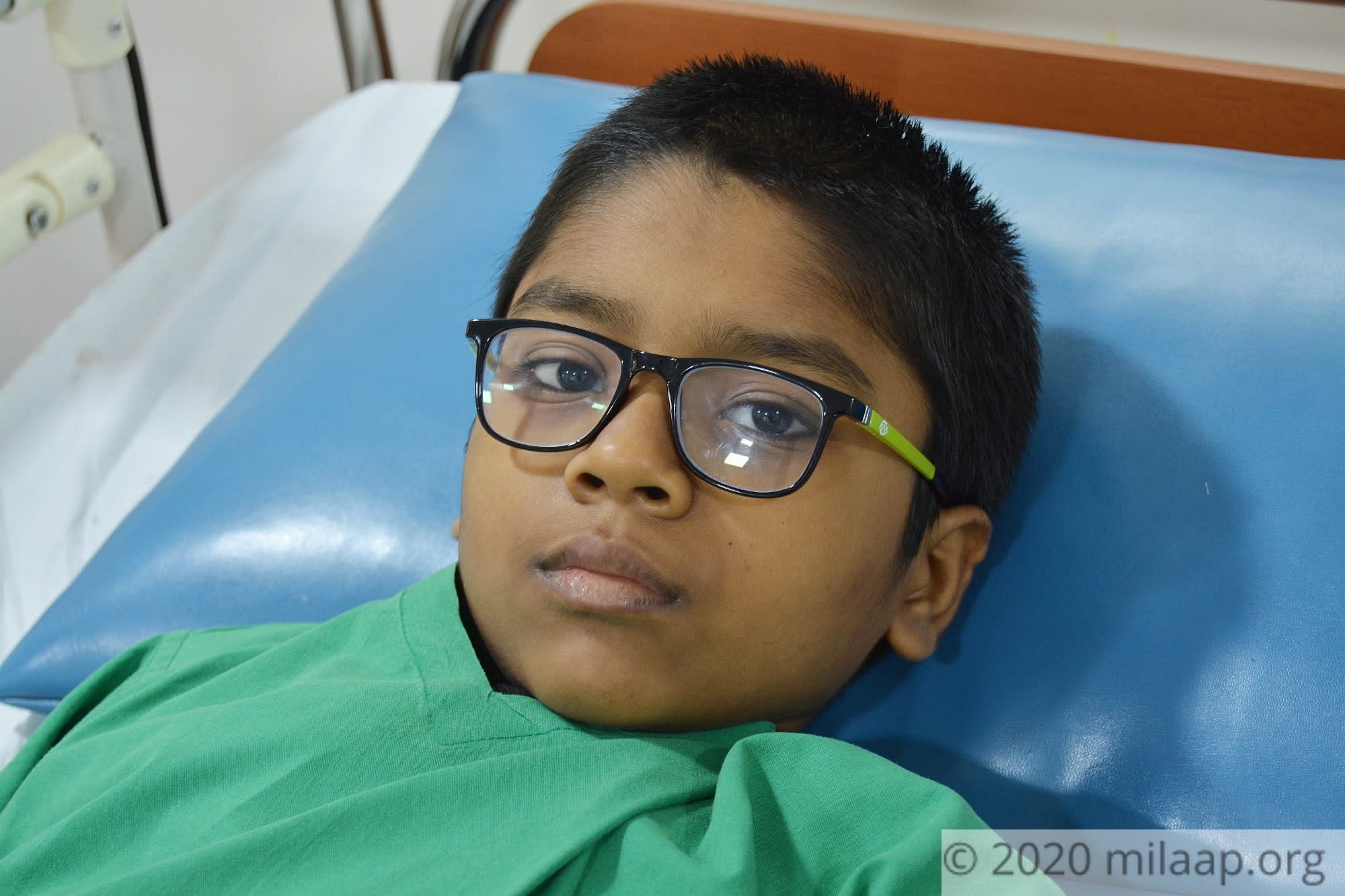 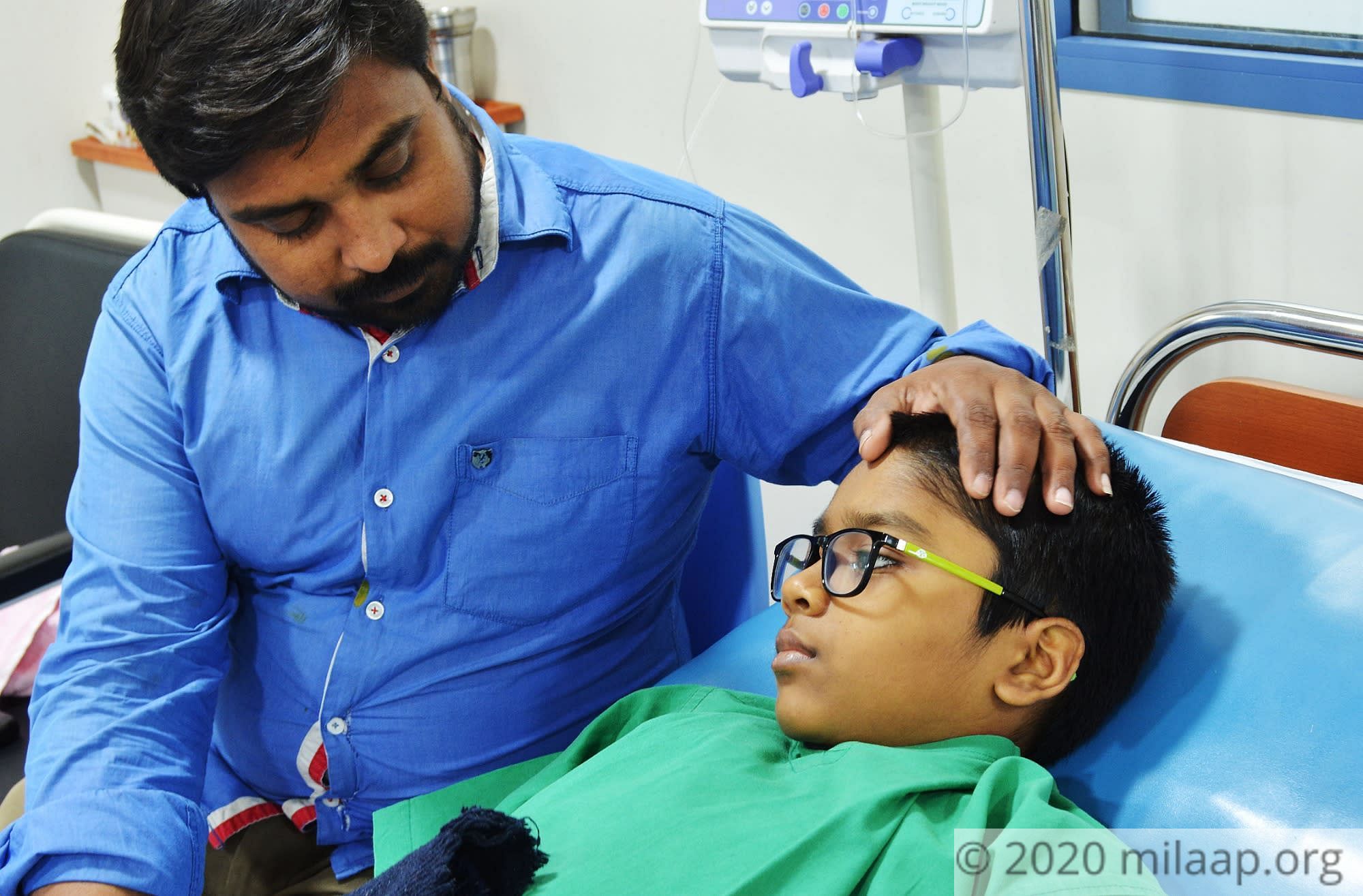 “His bus was waiting outside, honking but Atharva was unable to pick up his school bag. I thought he was fooling around, like he always does when I saw tears in his eyes. ‘It’s hurting so much Maa, I can’t...just can’t’ - he was holding his chest and then within seconds he fell down. I was shocked, I rushed to him but he was already unconscious. What had just happened to my son,” - Nisha, mother.

What followed was a series of tests in different hospitals but all confirmed that their 9-year-old son is suffering from a blood disease. His body can’t produce enough new blood cells.


Transfusions every alternate day in the week, that’s how he has been alive till now

Since June, Atharva has been undergoing regular platelet transfusions every alternate day of the week. But those are no longer of any help. He needs a bone marrow transplant but they haven’t been able to find matching donor.

“The doctors have told that he needs immunotherapy to keep the infections at bay. That’s the only way he can get better now, till we get the donor. But you know how much it’s costing me daily? Rs 15,000 per day - it is impossible for me to afford so much!” - Shivam, father.

The doctors have prescribed so many things for him, I haven’t been able to do anything…

Atharva needs a lot of care right now - he is very prone to infections. Doctors have told the parents that Atharva needs to have nutritious food and fruits and that they have to be put him in a separate room because of the fear of infections.

“I have been able to do nothing - the fruits are too expensive and I can’t even think of renting a new place for him now. It feels like I am knowingly putting his life in danger! I need to continue his treatment - please help me,” - Shivam.

Atharva’s entire body is in terrible pain from the injections. He often can’t eat due to the severe stomach ache. The discomfort and pain keeps him awake at night. He knows about his disease and tries to be strong but there are days when breaks down. He misses being around his friends, playing cricket with them.

“He is only 9, his entire life is ahead of him. I want him to be cured as soon as possible. But we need 8 lakhs for that. For a mechanic like me, who hardly makes Rs 200 a day, this is something we can never do…” - Shivam.

They have sold everything they had and spent over 3 lakhs still Atharva is far from getting better. 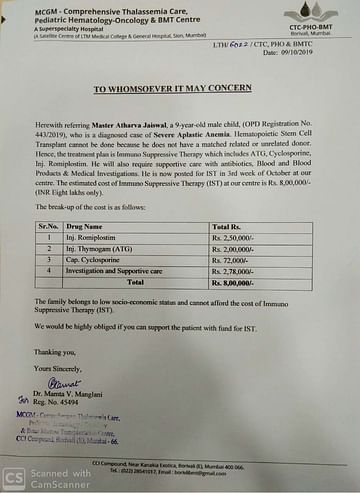 Click here to know more about Atharva Shivam Jaiswal
Donate now
OR
Click here to read the instructions before you make a bank transfer.

Donated to this campaign via Bank transfer/QR Code? Click here if you can’t find your donation listed below.
CK
Chitrarth donated 500 د.إ

Get well soon Athrva..we all praying for you