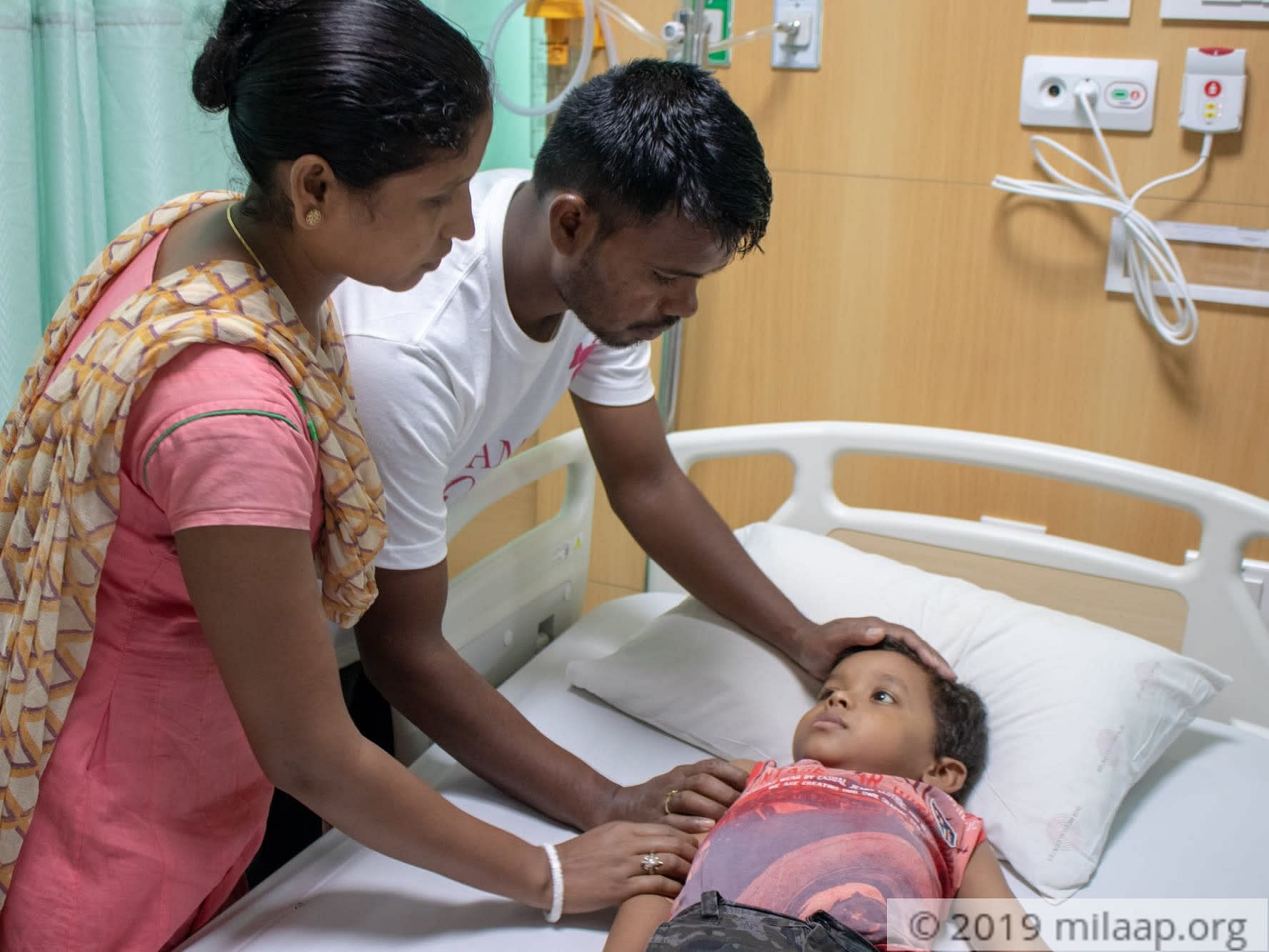 Share
“My own daughter doesn’t recognize me anymore. I saw her after 3 long months and she didn’t even look at me. What else does a mother have to go through? My son, Arpit is fighting blood cancer… every day he’s getting weaker before my eyes. We’ve left everything behind in our hometown, including our two daughters. Our whole has turned upside down…what more now?”  – Kiran, mother
Kiran, a mother of 3, is devastated. Her whole life revolved around them and now, Arpit is fighting blood cancer. When she asks ‘what more does a mother have to go through?’ she knows – she might lose her son to cancer if they don’t find a way to start his treatment soon.

Little Arpit had just started going to school when his cancer was diagnosed. Frequent fevers and weakness made Kiran and Anand worry – but never did they imagine it would be cancer. In fact, they didn’t even know that children his age can get cancer. Arpit is only 5.

“We got him from Jharkhand to Kolkata as soon as we could. I borrowed Rs. 5000 from my relatives, left our daughters with the neighbor and left. We’ve met so many children like Arpit…so many parents like us who’ve left everything behind. We’ve also seen parents who’ve lost their child to this disease…and we know it can happen to us.”
- Anand, father

It’s been 3 months in Calcutta. That’s 3 months of no work or income for Anand. He’s a farmer, a daily wager. He just can’t afford the 3 lakhs needed for Arpit’s treatment.
When you ask Anand or Kiran how Arpit was before the disease took over his life, there’s silence. “He’s just a regular kid,” Anand says “he liked going to school…he still asks me when he can go back. He loves to play, loves to be outdoors. Cancer has taken away his childhood from him.”

Anand and Kiran have borrowed from their relatives – a few thousands from everyone. And that’s all they can manage. Arpit needs chemotherapy for one year to fight this deadly disease. Only you can help him.