3-Year-Old Is Losing His Sight Due To A Dangerous Infection In The Brain, He Needs Your Help | Milaap
Receive tax benefits by donating to this cause.

3-Year-Old Is Losing His Sight Due To A Dangerous Infection In The Brain, He Needs Your Help 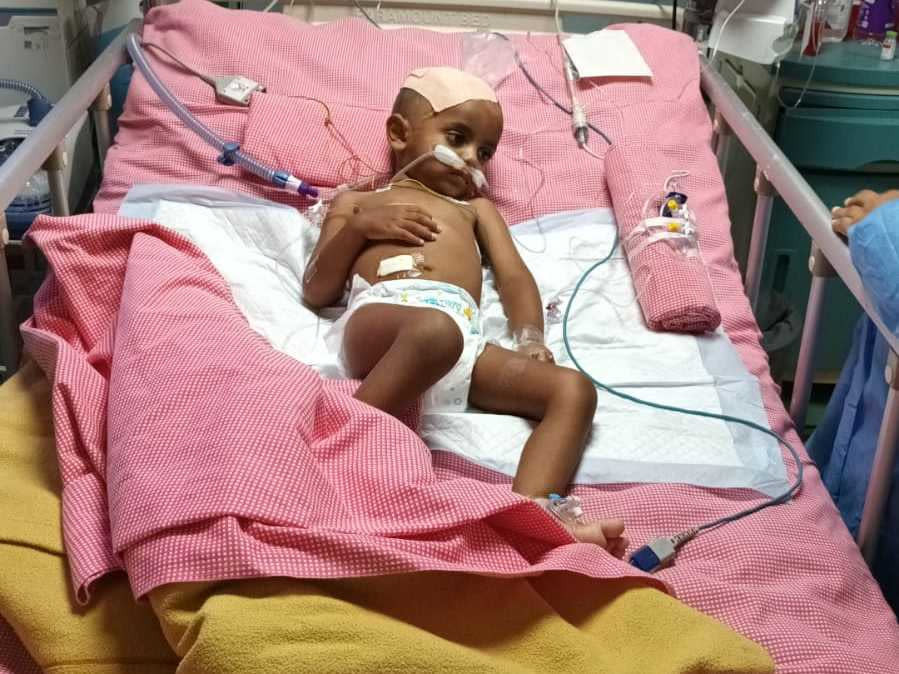 “Our son used to run around the fields in our village. He used to be very cheerful. But in just three weeks, he has lost his ability to walk. He has partially lost his sight. He looks at us as if we’re strangers to him. I’m afraid he’s losing his memory too. The doctors said we need to continue his treatment. It's the only way for us to bring our son's life back to normal.” - Sabiha, mother

They had been shuffling through hospitals because of his recurrent fevers

When Armaan first had a fever, he was taken to a multispeciality hospital in Guntur, Andhra Pradesh. He had dengue and with timely treatment, he got better within a week. But when his fever returned, his parents reluctantly thought it might be just a viral fever, as everyone in the house had it. So, they gave him local antibiotics, hoping he would get better. Much to their dismay, Armaan’s condition only got worse.

“We took him to three hospitals hoping we would find a cure for his recurring fever. But we couldn’t. We had to shift him to a new hospital every 3 days because he wasn’t getting better. He started having headaches and was screaming in pain. A friend of mine suggested that I take him to a bigger hospital in Vijayawada. Just as we reached the hospital, Armaan started having violent seizures. He was immediately taken to the ICU. We were confused and scared for our child's life.” - Saleem, father

A delayed diagnosis has now endangered the life of this child

After an MRI scan, CT scan and a few other tests, the doctors found that Armaan has tuberculosis meningitis, a serious condition in which the tuberculosis bacteria is spread in the brain and spine. The valves in Armaan’s brain were completely blocked because of it. And so, he underwent surgery to flush out the excess fluids in his brain.

“I started losing my hope as I watched Armaan in the ICU, lying unconscious. He was on ventilator support and under heavy sedatives for a week. I didn’t know if my son could survive this. By God’s grace, he pulled through. But just when I thought I got my son back, the side effects started hitting him. He isn’t the same as he was. ” - Sabiha

After 21 days of rigorous treatment in the ICU, Armaan regained his consciousness and was slowly getting better. But the effects of the TB virus has weakened the left part of his brain due to which he has lost his strength in the left side of his body. He is losing his vision. He has lost his ability to communicate. With regular physiotherapy and vision therapy, Armaan has a chance to regain his body strength and vision.

Saleem mortgaged his house and Sabiha’s jewellery, yet it isn’t enough to continue the treatment

“I’m a house painter and my work is never regular. On the days when it rains, I have no work at all. On the days I work, I earn enough to look after my family, including my daughter. I haven’t been working ever since my son was admitted to the ICU. I have mortgaged everything I had to save my son. Now I have nowhere to go and no other option, but to ask for your help.” - Saleem

Saleem lives with his family in a small village in Phirangipuram, Andhra Pradesh where he could barely earn INR 650 per day. He gave up everything he had and borrowed from everyone he could to save his son. Armaan can survive the deadly infection but he is yet to recover from its side effects. He needs to continue his treatment to get back to his normal self.

Saleem is in need of our help to continue his son’s treatment. Click here to donate.