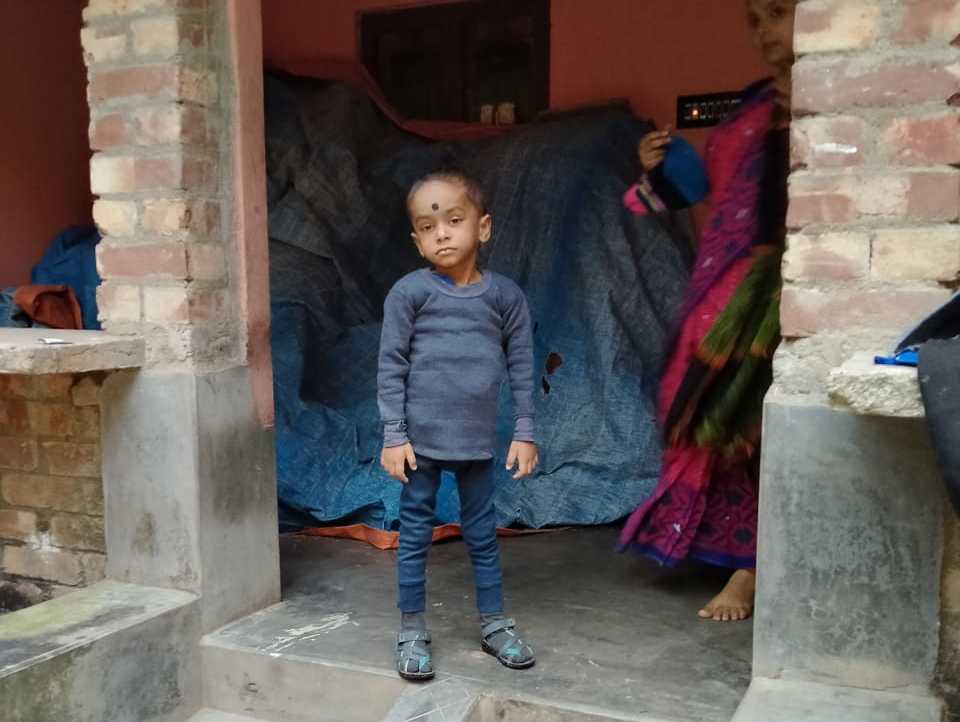 Share
Update - Aranya has undergone a major surgery and is healing. But as per his father, Apurva Sarkar, his treatment is ongoing and they would require more funds in the coming months.

“He said he was thirsty, so I stepped into the kitchen to fetch him a glass of milk. Suddenly I heard a scream unlike anything I’ve ever heard before; it was so terrifying that for a moment I was frozen on the spot, but then I immediately rushed back to my son. I found him kneeling outside the bathroom... he was clawing at his mouth and throat! That’s when I saw the open bottle of acid on the floor...”
— Dipa, Aranya's mother

Apurva, Aranya's father, was tending to his neighbor’s fields like he did every day, when he received the phone-call from his father-in-law. Without hesitation, he dropped his tools and started running back home, his mind blank.

“Usually it takes around 20 minutes for me to walk home. But that day I got home in 10...”
— Apurva, holding back tears

Poor Apurva was able to hear his son’s pain-filled screams from more than three to four houses away, even above the chatter of the people that had gathered around his house. Once he pushed through the crowd, he saw his 4-year-old lying in his wife’s lap. Both of their faces were streaked with tears, but Aranya’s mouth and chest were covered with blood as well.

Aranya thought it was a bottle of water

“My father-in-law had already called for a vehicle, so I sat with my family, trying to console both of them, telling them help was on the way. But I’ve never felt as useless as I did in that moment. While we waited, my father-in-law explained that Aranya had apparently been thirsty, and when he saw the bottle of acid, he thought it was a bottle of water! He drank nearly a quarter of it before it started burning his insides!”
— Apurva

Once the distraught parents reached the hospital with their son, he was taken to the ICU immediately. Doctors managed to stop the acid from damaging the poor boy’s throat any further, but the damage already done was extensive.

“But worse than that, they said it was irreversible! No amount of time or medicines will heal my boy now, the acid completely burnt his throat from the inside! He needs a surgery to rebuild his throat now...”
— Dipa

“The surgery he needs costs in lakhs; how can a farmer afford this sum? I’ve been begging and borrowing from everyone I know but it’s too much. In the meantime, my wife and I are feeding him through a tube that the doctors put in his stomach! Twice a day we put a glass of water, some tablets, dal, and chawal (lentil curry and rice) in a blender, then pour that mixture directly into his stomach. What kind of life is this for a 4-year-old?!”
— Apurva

Aranya needs his surgery as soon as possible, so he can go back to a normal life. The food-tube in his stomach is only a temporary solution, and a dangerous one at that — he is at extreme risk of infection as long as he has it.
Click here to donate, and give this 4-year-old his voice, his life, and his smile, back.
AS
Patient Aranya Sarkar is 4 years old, living in Tehatta Nadia District, West Bengal
SH
Being treated in SSKM Hospital, Kolkata, West Bengal