3-Year-Old Could Succumb To Rapidly Progressing Liver Disease, Transplant Is His Only Hope | Milaap
Receive tax benefits by donating to this cause.

3-Year-Old Could Succumb To Rapidly Progressing Liver Disease, Transplant Is His Only Hope 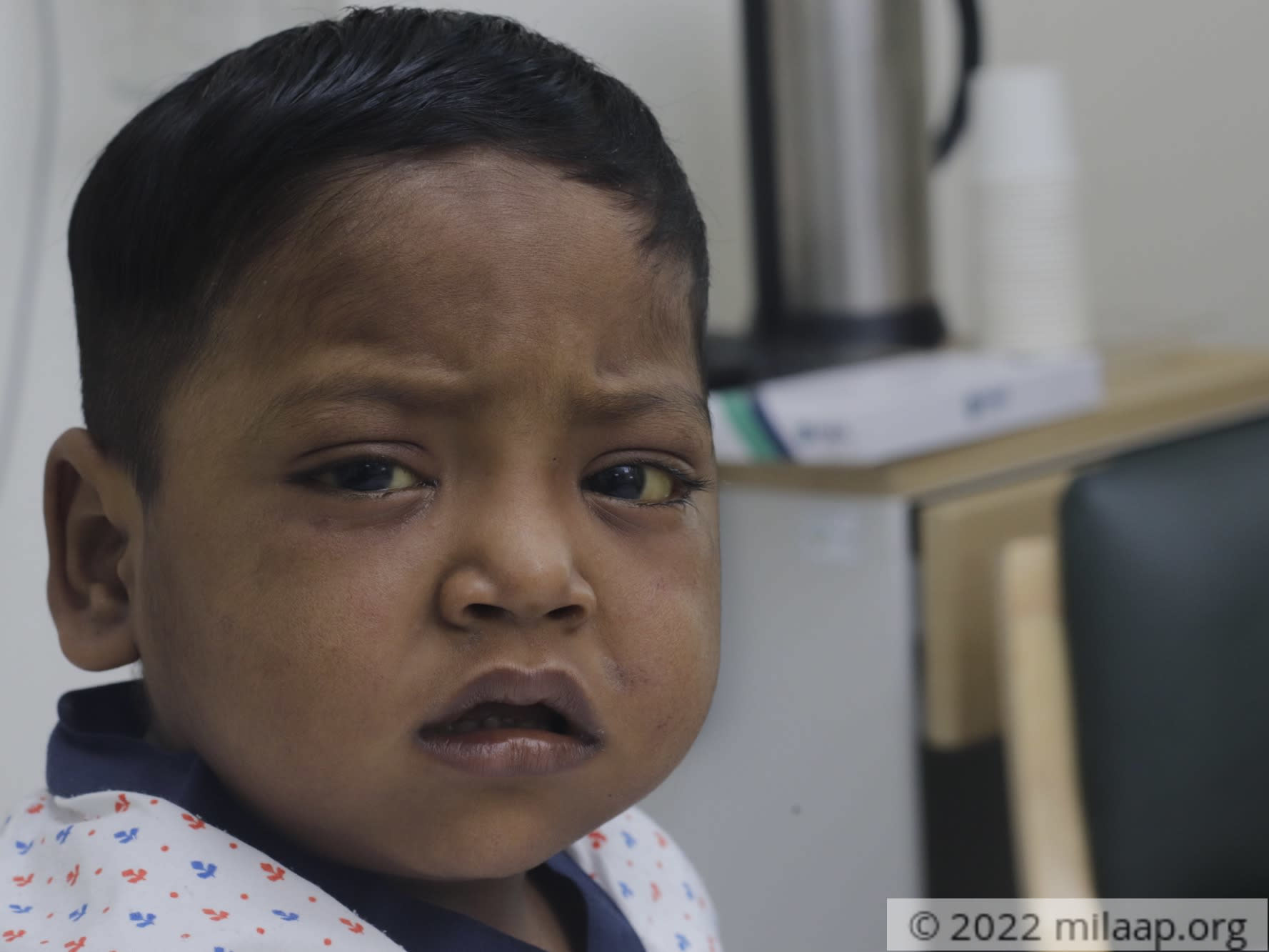 “Anuj is 3 going on 4, but when you look at him you wouldn’t believe it. He weighs only 15kgs, which is unheard of in a child of his age. He is easily irritable and can barely walk - and if he does, his legs give out when he takes only a few steps. His condition is so fragile, and we are constantly on high alert. The doctors’ advice is basically an ultimatum for us now - a liver transplant at the earliest, or we lose our child forever.” - Anup, father

It took months for his symptoms to show, but local doctors couldn’t determine the cause

As soon as his parents got to hold Anuj in their arms for the first time, they noticed that his skin had a yellowish tint to it. When they brought it up with the attending doctor, they were told that newborns generally tend to have jaundice at birth, and that it would clear out on its own. However, that wasn’t the case with little Anuj.

“He was around 6 months old, when we knew something was definitely wrong. His skin turned a deeper shade of yellow, he would throw up everything he was fed, his stools were pale and runny, and his stomach started to swell up. Within that month, in the midst of all the futile doctor and hospital visits, his condition worsened so much that we thought we were going to lose him…” - Anup, father

Without a transplant, his chances of survival are extremely slim

After dozens of doctor consultations and tests, Anuj’s condition was diagnosed as chronic liver disease with liver cirrhosis. Chronic liver disease is a progressive deterioration of liver function, eventually leading to cirrhosis, the final stage of liver disease. Cirrhosis causes more scar tissue to form and makes it difficult for the liver to function. Without timely treatment, it could lead to liver failure, and even death.

“I was in utter shock when I heard the words ‘liver disease’ come out of the doctor's mouth. But, in a way I had been glad that we finally knew what was bothering my baby, and my husband and I urged the doctors to start his treatment as soon as possible. I just thought that with time, and appropriate treatment he would get better. That was 3 years ago. Today, it has turned out to be the opposite of what I had hoped for.” - Aradhana, mother, tearfully

Unfortunately, Anuj's condition is deteriorating drastically, owing to cirrhosis, and an urgent liver transplant is his only way out. Anuj’s mother, Aradhana, is prepared to give him a part of her liver. Now, all that’s keeping these parents from getting their son a life-saving transplant, is the lack of funds.

A government servant, he has exhausted everything he had on his son’s treatment

Anuj’s family hails from Banaras, but made the decision to move to Mirzapur, Delhi, to be closer to the hospital where he is being treated. The sole income-earner of the family, his father, Anup, is an Indian Army officer. While his job requires him to serve his country undauntedly, he has spent every day of the last few months beside his precious son with the constant fear of losing him to this dreadful disease.

“The doctors have been pushing us to make arrangements for his transplant as soon as possible, but my hands are tied. All of my savings and income are gone now. My father too is a heart patient, and the responsibility of covering for his medicines and other medical bills are also on me. I don’t know what to do at this point. 30 lakhs is a huge sum to bear! I dread to think of what could happen if I fail to arrange it on time…” - Anup

Click here to donate and save Anuj from the grips of liver disease.
A
Patient Anuj is 3 years 11 months old, living in Mirzapur, Uttar Pradesh
MH
Being treated in Max Hospital, New Delhi, Delhi