He Lost His Job Trying To Save His Son, But Now He Can't Continue His Treatment | Milaap
loans added to your basket
Total : 0
Pay Now

He Lost His Job Trying To Save His Son, But Now He Can't Continue His Treatment 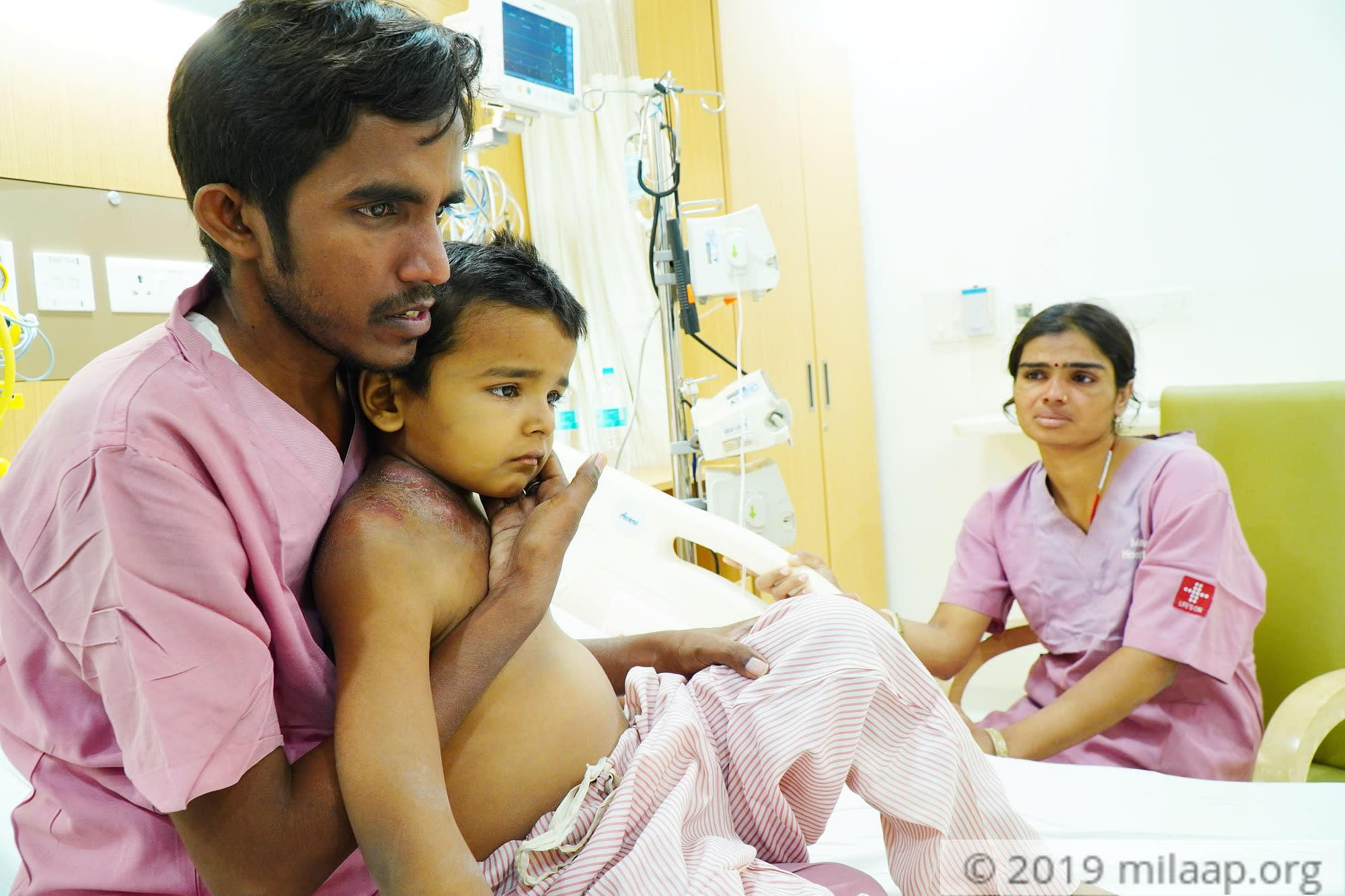 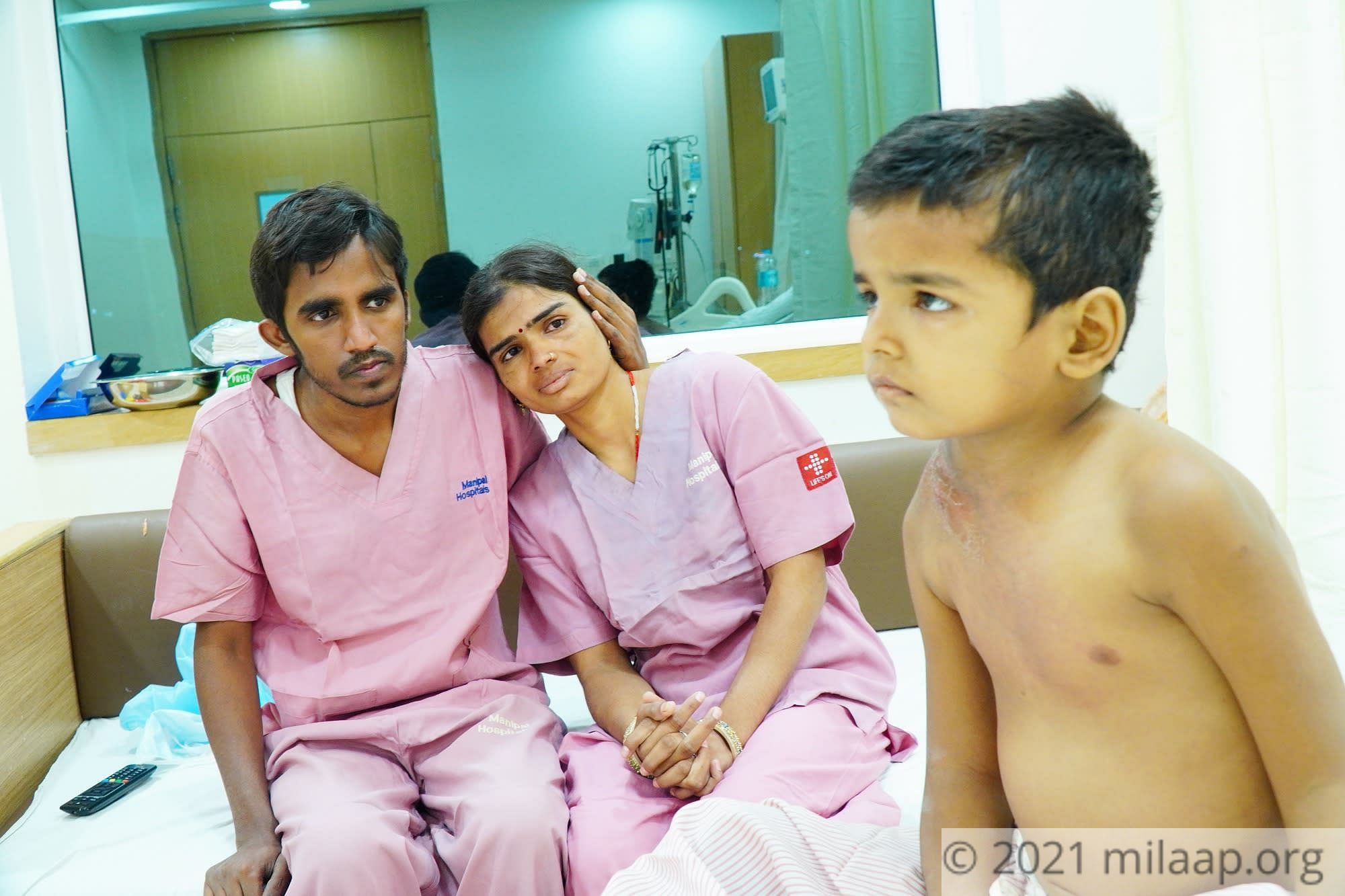 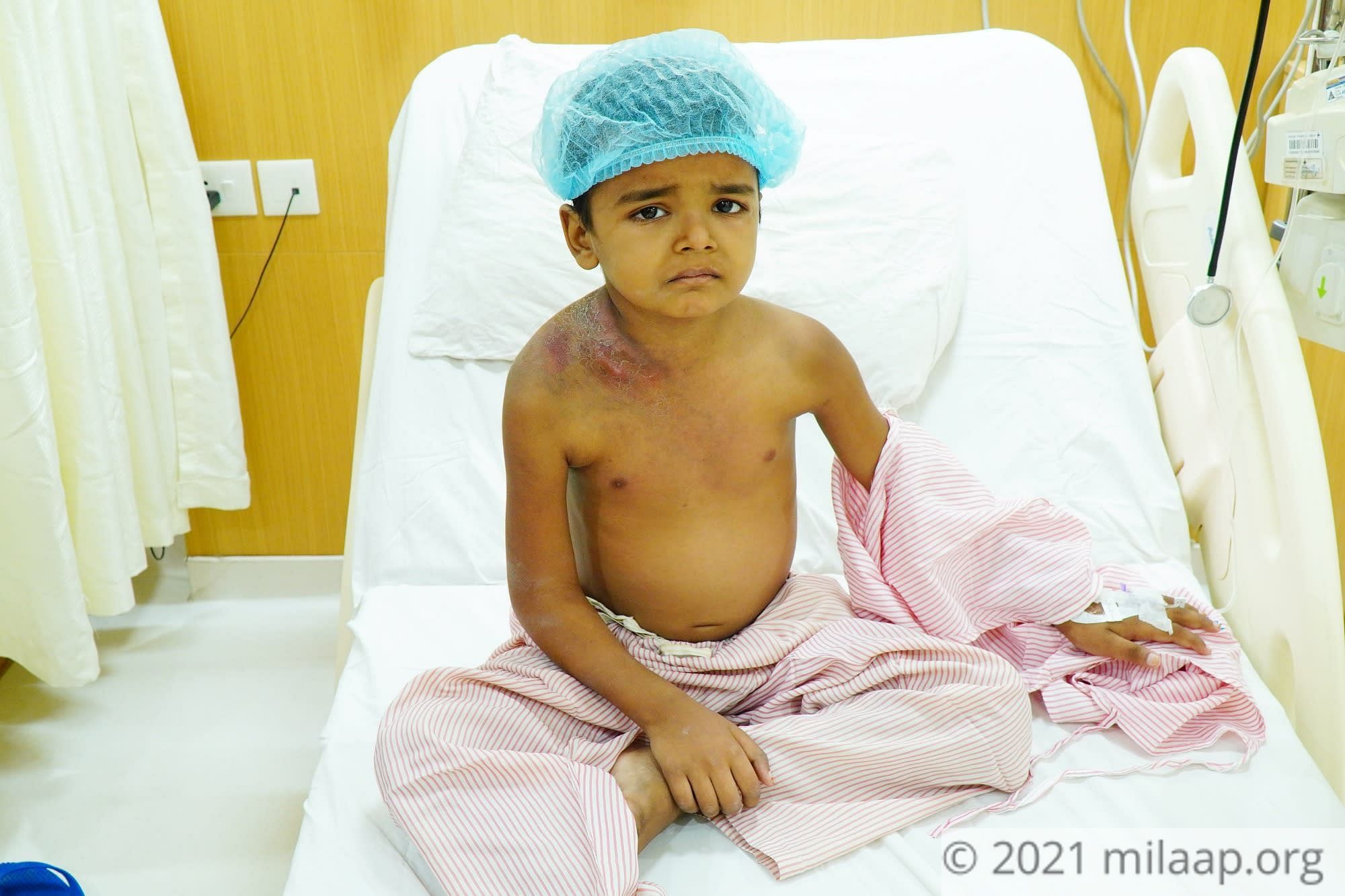 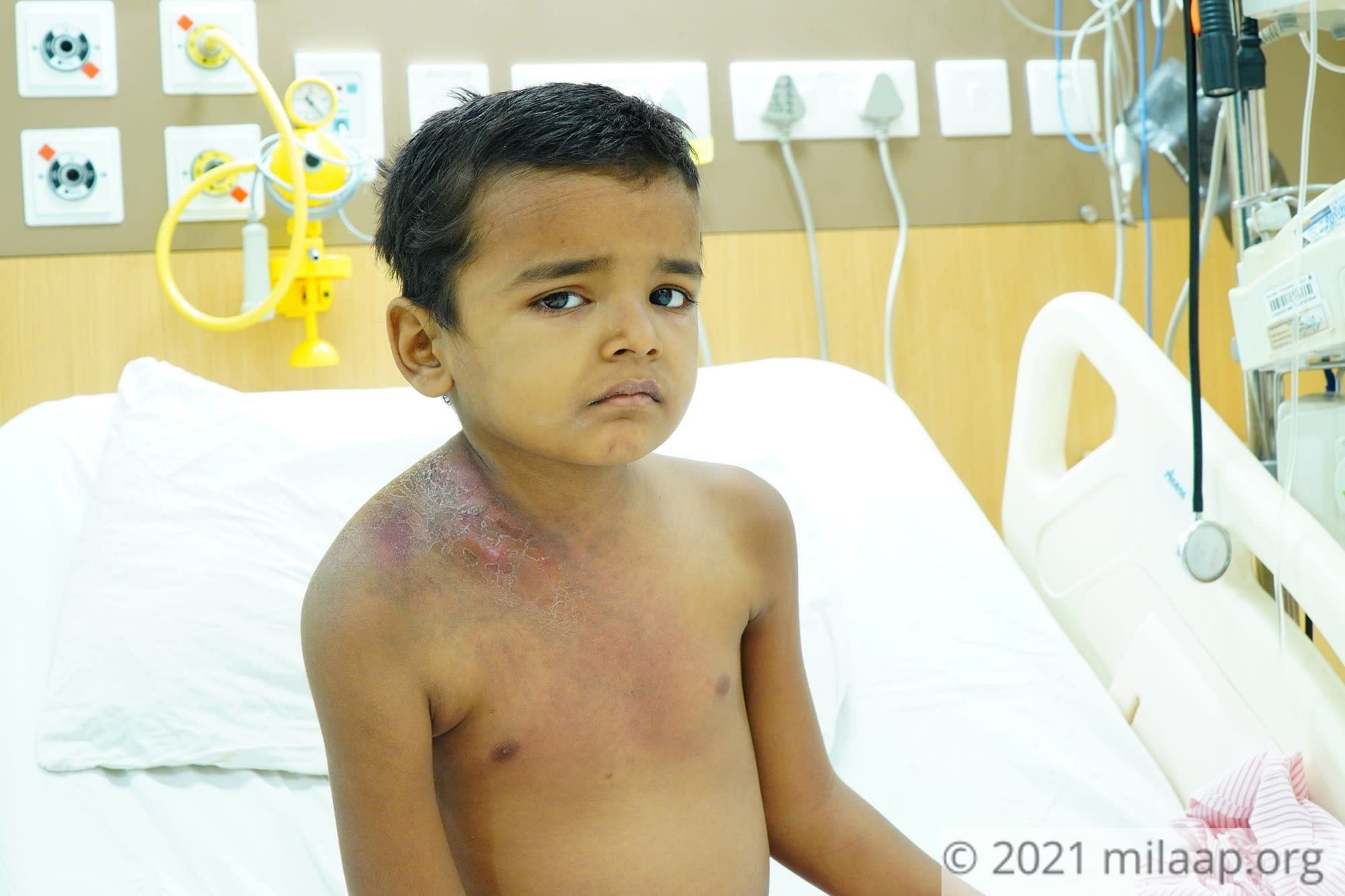 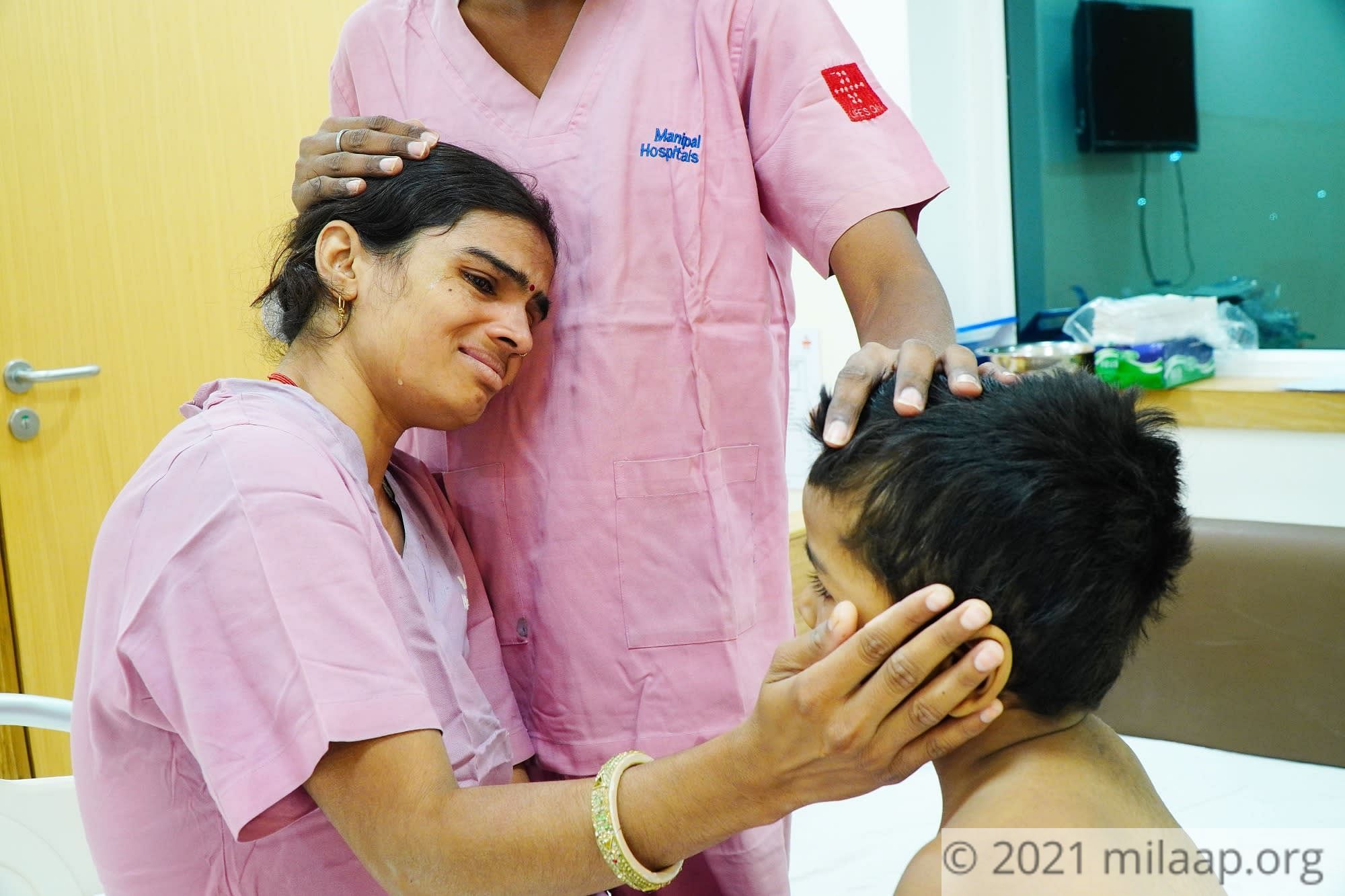 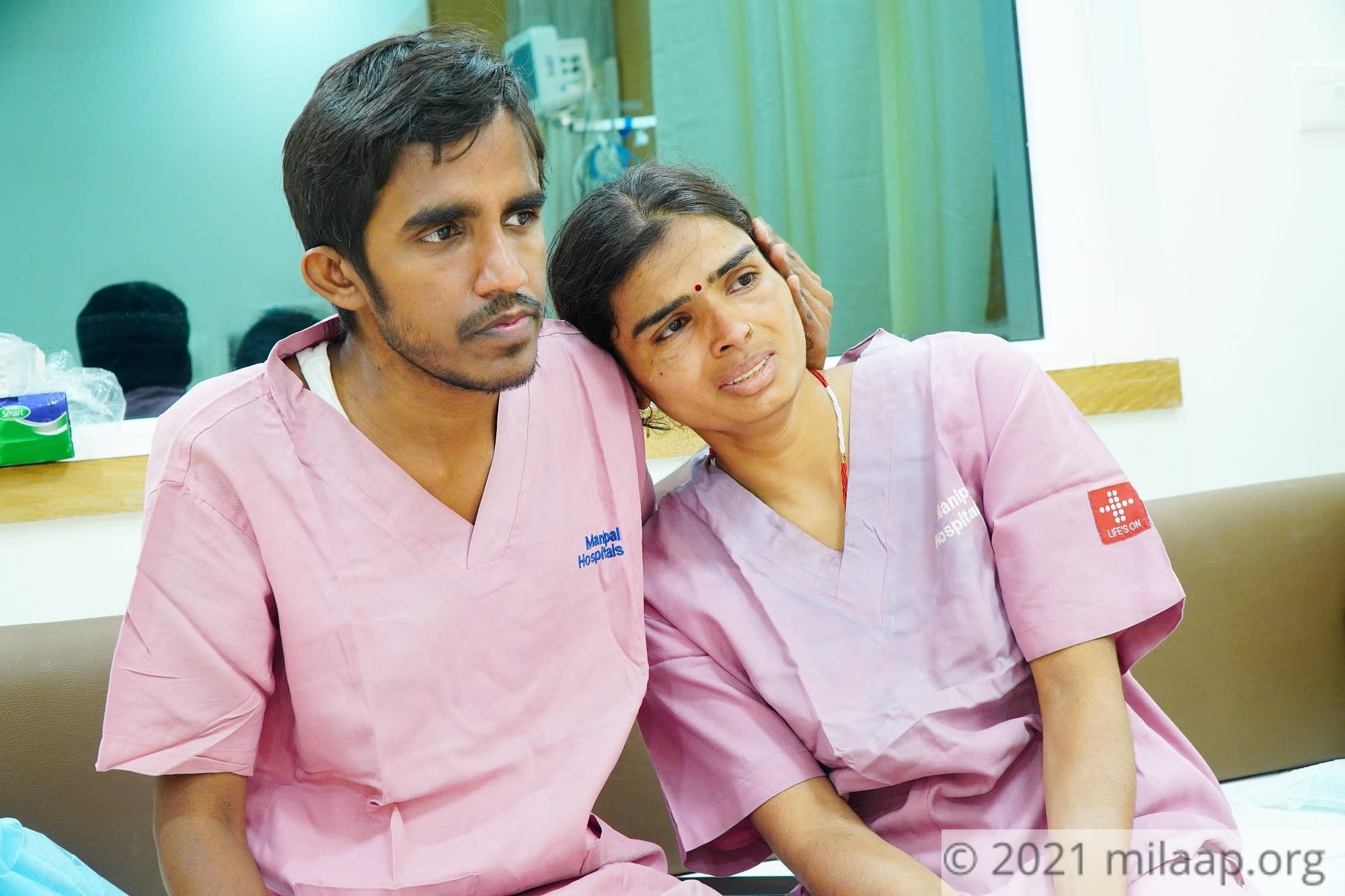 "The lump on his shoulder became really bad. It looked like it would burst. It even started to bend the spine in his neck. We were so scared. Nothing could prepare us to hear that he actually has blood cancer. Maybe his cancer would not be this bad if we came to the city earlier.” – Ramesh, Anubhav’s father

Anubhav's aggressive blood cancer became severe in just two months. He needs sustained, intensive chemotherapy to stop the progress of cancer in his body. His father is leaving no stone unturned to make sure that Anubhav gets the treatment he needs to survive.

It all started with a painful lump on his shoulder

The doctor thought the lump in his shoulder was because of tuberculosis. After two weeks’ treatment, the lump went away, only to come back in a month, and in a much worse form. Ramesh, Anubhav’s father decided to take him to the city – Jaipur for a second opinion. Only then they got to know about his cancer.

Will I ever get better again, he asks me and I have no answer

Anubhav has Non-Hodgkin’s Lymphoma, which is a blood cancer of white blood cells. These cancerous blood cells have accumulated in Anubhav’s lymph nodes causing swelling and pain. He needs to take a lot of medicines to prevent his condition from getting worse. To a 6-year-old, this is a confusing and distressing change.

Anubhav with his little sister Avantika before he became sick

“He used to be so happy. He used to go to school, he enjoyed playing with his sister. Now he wants to play, but his shoulder, neck and leg hurt too much. No matter how much we press his feet, he still cries from pain. He begs for toffees because his mouth is painful and filled with sores. He has lost a lot of weight, but his body is swollen. He knows he is sick and he asks us if he will ever get better.” – Ramesh

Given how fast Anubhav’s cancer is growing, he needs a lot of targeted, expensive chemotherapy treatments. In a month alone, Ramesh needs to arrange for close to Rs 1 lakh. Ramesh used to be a computer operator in his village with a monthly income of Rs 12,000. He had to leave his job to be able to take his son to the hospital.

“The doctors asked us to be near the hospital in case he develops any infection or complication. So we’ve left our little daughter at the village and moved to Jaipur. I don’t even have my job any more. I’m only managing through loans. Somehow, in time, I’ll pay everyone back. It is a matter of our child’s life, what choice do we have?” – Ramesh.

No matter how much they want to continue the treatment, it seems impossible for Anubhav’s parents. Without help, they will be forced to stop his treatment. Your contribution can make all the difference.

Contribute to help Anubhav’s parents save him. 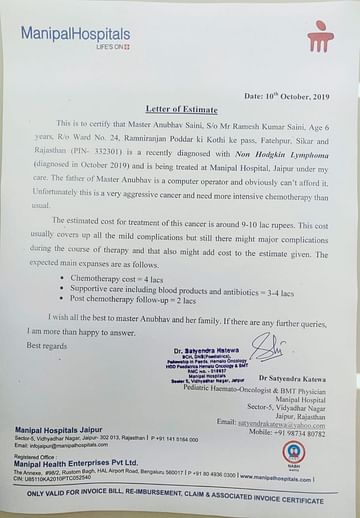 Click here to know more about Abhinav Saini
Donate now
OR
Click here to read the instructions before you make a bank transfer.