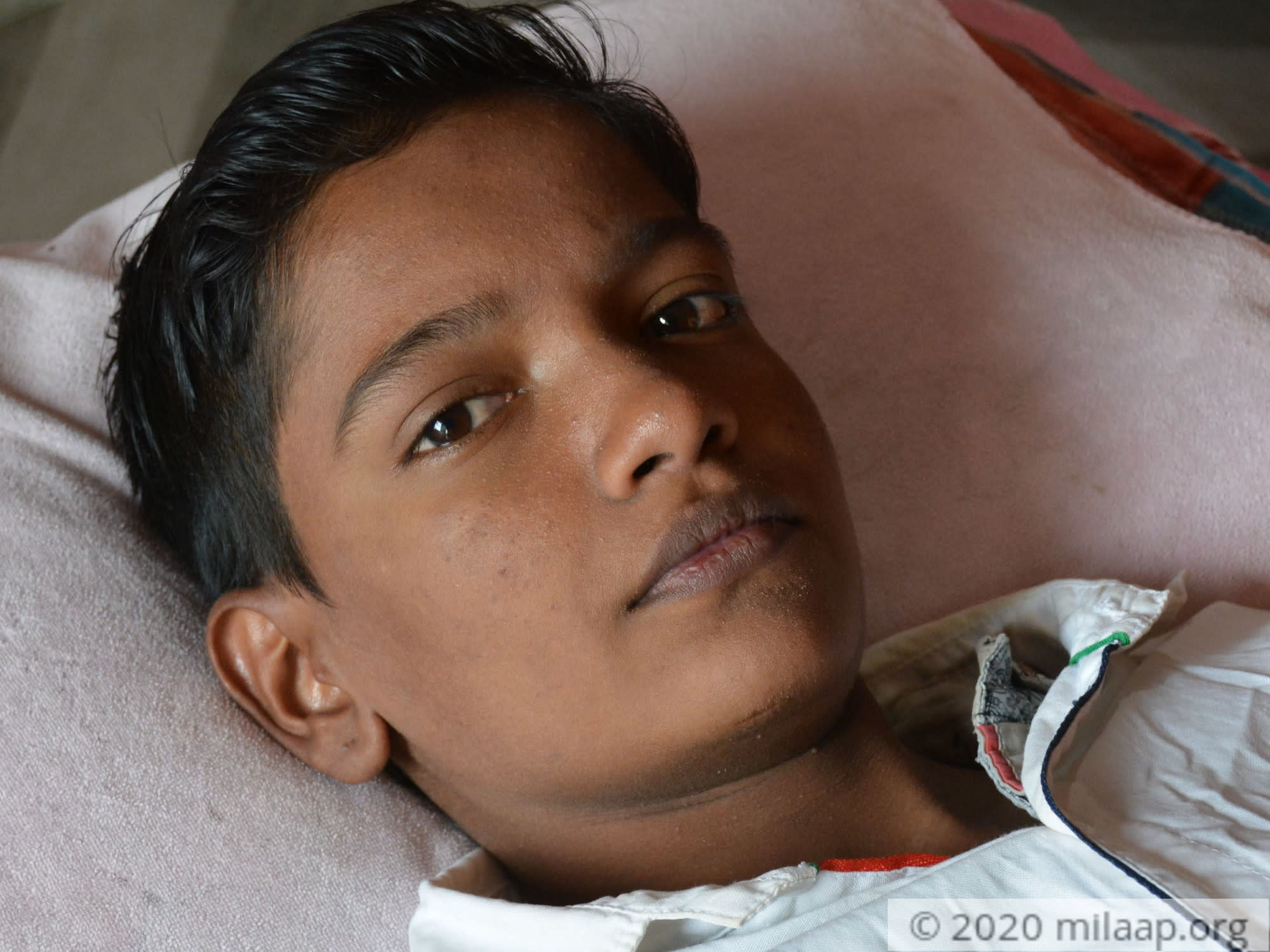 Share
Every day that I wake up and see my son alive is now a blessing for me. A doctor told me 2 months ago that he just had a few weeks left if he didn’t get his transplant done.
My son...he is living on borrowed time now.
And we’re still struggling to afford the treatment that can save his life.

Anish was never a very playful or mischievous child. But what he may have lacked in activeness he more than made up for with his boundless optimism. He had decided when he was 6 that he’d fix the world one day. He would become a doctor when he grew up and bring happiness to people one family at a time. Six months ago Anish and his family discovered that his liver is failing. Suddenly... the ambitious 14-year-old became the one who needed saving.

“He had this cough that lasted more than a week, so we took him to a doctor. He did some blood test and told us to take the report to some big hospital. Once we got there... The doctor took one look at the report and told us that... that our son is dying. His liver was extremely weak, and wouldn’t last much longer. He gave us some medicines to slow the process, but told us a transplant would be the only real solution. We’ve been trying to gather the money since that day.”

They've been struggling to save their son for 6 months

Despite their efforts, Shankar and Rohini have been unsuccessful. They’ve already sold all their jewelry and moved in with some family members to save on rent. But Shankar is just a sweeper in an office, and they have no other source of income. They’ve tried to borrow money but nobody is lending them anything. For the past 6 months, they’ve been forced to watch their only son’s condition deteriorate in front of their eyes, knowing it’s because they couldn’t arrange the funds.

Anish has faith that people will come together to save him

“I try to tell my parents that things will be fine but they don’t listen. The thing is, I have faith in the world. I know you will all come together and help me through this, just like how I will help everyone when I grow up. I have faith in you. You will save me... right?” – Anish

The total sum needed for such a surgery would be too great for any family to bear alone. Let’s show Anish that his faith is not misplaced, by showing his family that they aren’t alone in this. Contribute now by clicking here.
AT
Patient anish takur is 16 years old, living in panvel Maharashtra
JH
Being treated in Jupiter Hospital, Thane, Maharashtra