She Finally Became A Mother After 18 Years, But Now Her Newborn Is Dying | Milaap

She Finally Became A Mother After 18 Years, But Now Her Newborn Is Dying 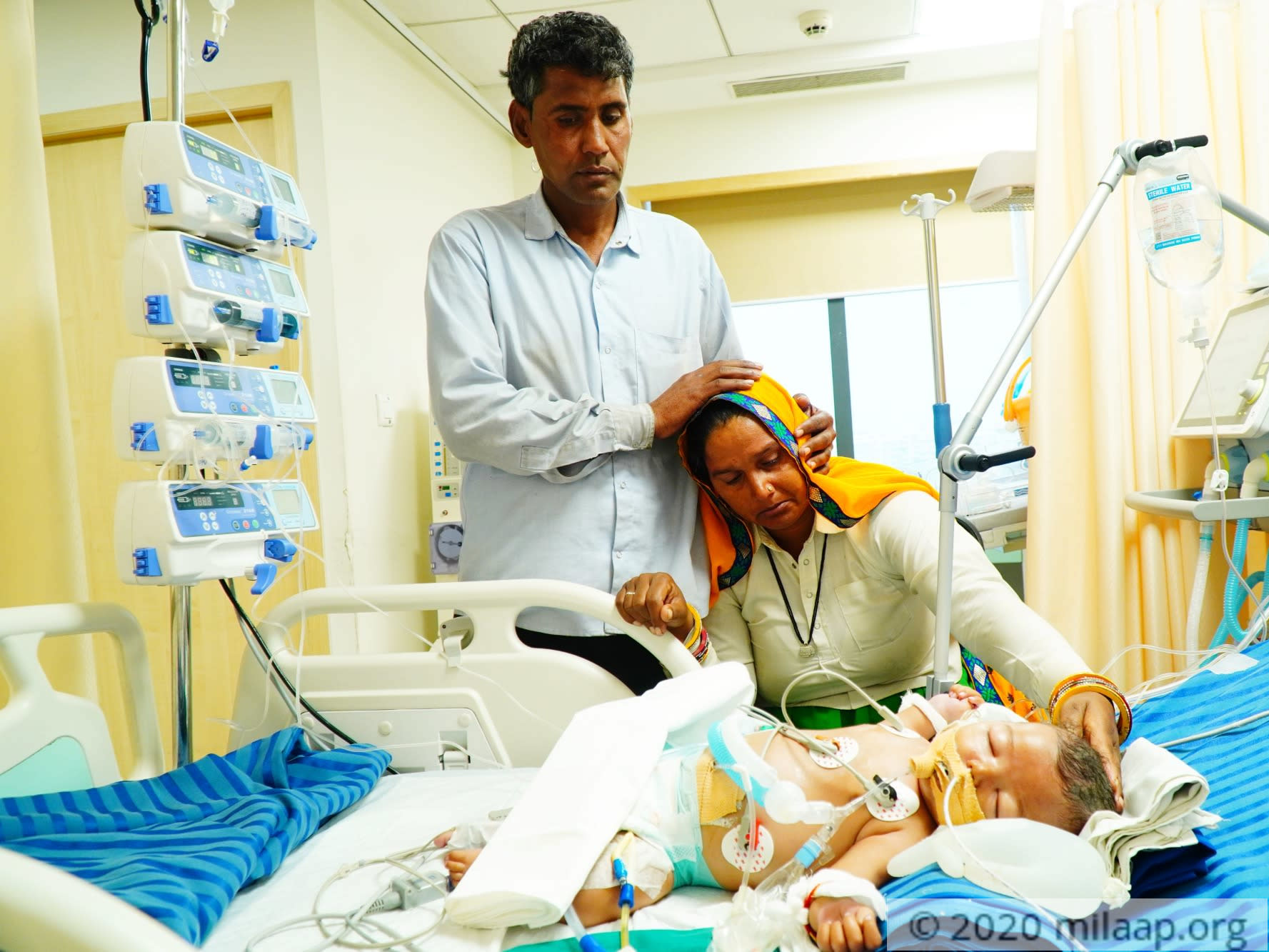 Share
Eighteen years. God blessed us with a child after eighteen years, at a point when we had given up all hope.
Now, our child’s life is hanging by a thread, and I’m unable to do anything about it.
I’ve always known the universe is unfair to poor people, but this...

A little over two weeks ago, Amichand and Hansaben noticed their little Vishvas was constantly uncomfortable. He would cry all day, refusing to feed, and nothing they did made him happy. Soon, he started getting breathless, and coughing. Worried, they took him to a doctor, who declared that he had a bad case of pneumonia and admitted him immediately.

They didn’t know if their miracle would make it, but they didn’t stop trying

“We were scared but we thought our problems would end there. But just a few hours later the doctors came and asked us to take him away, saying it was too advanced and they wouldn’t be able to treat him. I took him to 3 hospitals after that, and they all said the same thing. With each passing day, I could feel my boy getting weaker and weaker, and I wasn’t sure... if he would make it.”

Vishvas still has hope, but he needs urgent medical attention

Pneumonia, while dangerous by itself, can still be treated fairly simply with the right equipment. But the weeks of delay in his treatment has caused septicemia to take place, a deadly reaction that the body sometimes has to infections. As if that wasn’t enough, the septicemia has also led to acute kidney injury in the 3 month old. He needs 24x7 NICU care to recover now, but the cost is too much for Amichand to bear.

Please save our miracle

“Once you cross that 10 year mark, and you still haven’t been able to have any children... you can’t help but give up, you know? It gets so hard to hold onto hope. But, somehow, Vishvas came to us 18 years later, our own little miracle. We cannot lose him. But I’m just a driver, and he needs 8 lakhs. What am I to do? Please, help us.”

Click here to contribute and help save little Vishvas’ life.