They Thought Their Daughter Was Dying Of COVID, But The Truth Is Far Worse | Milaap

They Thought Their Daughter Was Dying Of COVID, But The Truth Is Far Worse 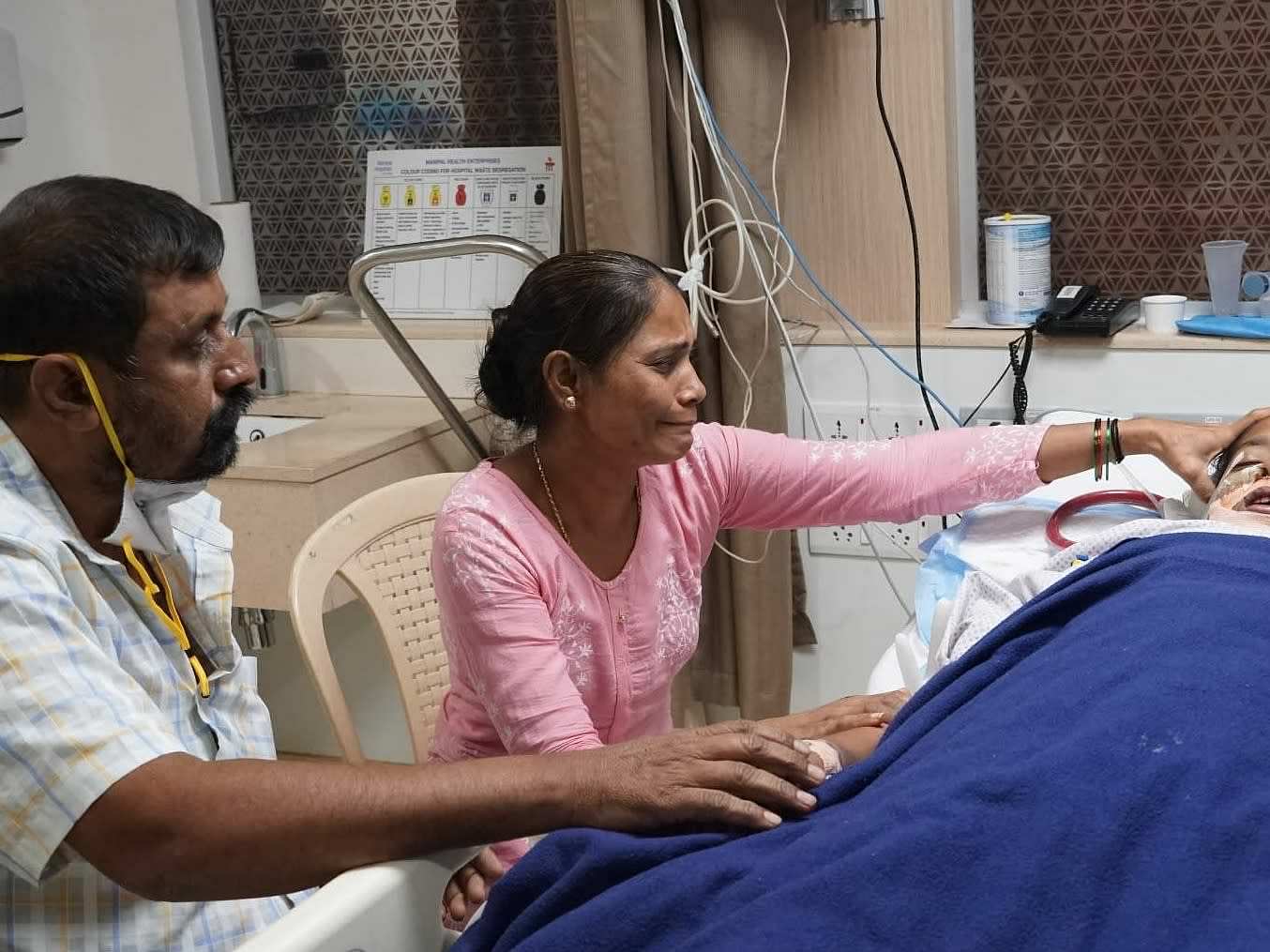 “We honestly had no idea how bad things were going to get when we got that phone call that day, just 3 weeks ago, from the faculty at Aishwarya’s hostel. All they said was ‘Your daughter’s sick, come pick her up’.
And now look at her! Hooked up to all these tubes, machines breathing for her because her lungs have given up! My sweet, innocent, precious daughter is dying on this hospital bed, and all we can do is watch!” — Geeta, mother

Aishwarya has been diagnosed with miliary tuberculosis, one of the deadliest forms of the disease. Without immediate and extensive medical attention, this ambitious and kind-hearted 15-year-old girl will soon suffocate to death. 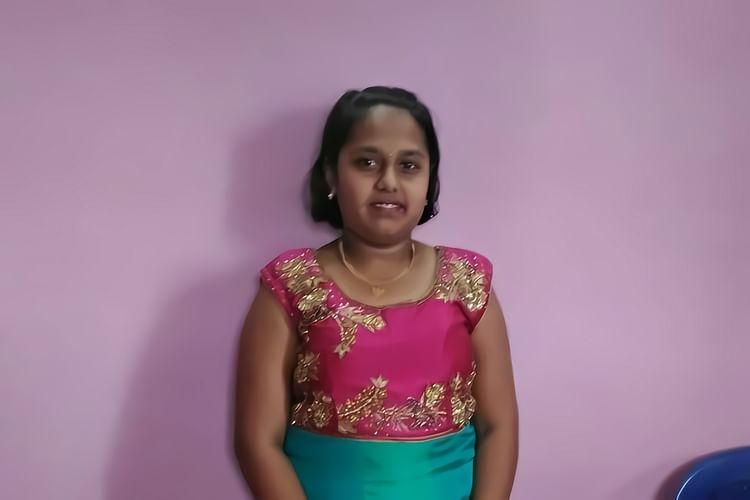 They were terrified it was COVID killing their daughter

When Rangaswamy and Geeta picked young Aishwarya from her hostel, she’d just been weak and slightly feverish. But within days she got so weak she couldn’t even stand on her own. She started having breathing troubles, adding to the panic her parents were already feeling.

“We had to admit her to a hospital, where she was put on oxygen immediately; her condition was that bad. At the time, Geeta and I were terrified it was COVID! We kept seeing news about how so many people were dying because of it and we thought that... that we may end up losing our daughter...” — Rangaswamy, father, unable to continue

But just a day later further tests revealed the truth. While tuberculosis is already a serious infection, it usually affects only your lungs. But sometimes the bacteria gets into your blood, spreads throughout your body, and grows in one or several organs. This is called miliary TB, and this is what Aishwarya has. 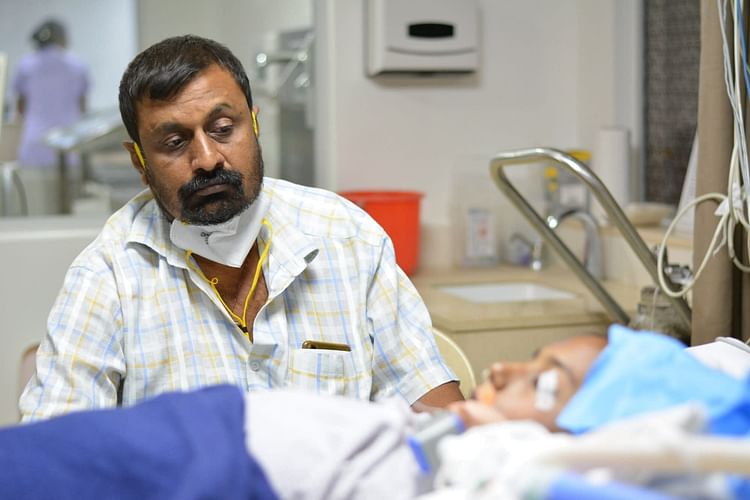 Aishwarya hails from a very small and poor village in Karnataka, the kind of village where higher education is largely a dream for most children. After spending his entire life toiling just to afford 2 square meals a day, Rangaswamy decided that his children wouldn’t suffer the same fate, so he brought Aishwarya and her little brother to Bangalore.

“It was even harder to earn money in the city than it was back home, but I never gave up. I found work as a hawker outside a temple, selling offerings for prayers to visitors. Soon I was able to earn enough to send my children to school. And Aishwarya loved it here! She was always so excited for school in the mornings. Unlike other children, when we told her we wanted to put her in a hostel, where she could focus on just studying, she was ecstatic! None of us could’ve ever imagined things would turn out like this!” — Rangaswamy, father 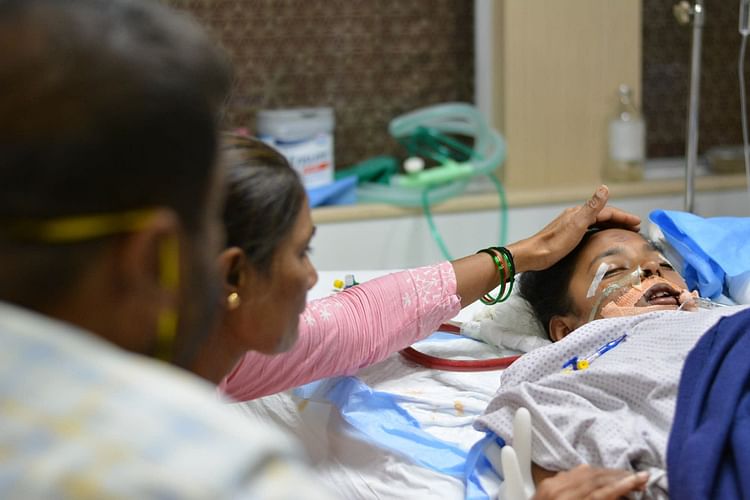 Now they can’t afford the treatment she needs to survive

“We already spent everything we had in the first week alone, getting her an urgent surgery they said she needed. Now she has a chance to recover from this, to come back home, to go back to studying and playing and everything else she loves to do, but only if we continue to keep her here on life-support. However, the bill just keeps climbing higher and higher! It costs 1.5 lakhs for each day we keep her here but what choice do we have?! Please, please save her. You’re our only hope.”

This family is suffering, burdened by the knowledge that while their daughter is on her deathbed, they’re unable to do anything about it.
You can save her, and her family, by clicking here to donate.
A
Patient Aishwarya is 15 years old, living in Bengaluru, Karnataka
MH
Being treated in Manipal Hospital, Bengaluru, Karnataka