Rare Disease Has affected The Vision, Hearing &amp; Motor Function of this 6-Year-Old. His Body is Slowly Shutting Down | Milaap
Receive tax benefits by donating to this cause.

Rare Disease Has affected The Vision, Hearing & Motor Function of this 6-Year-Old. His Body is Slowly Shutting Down 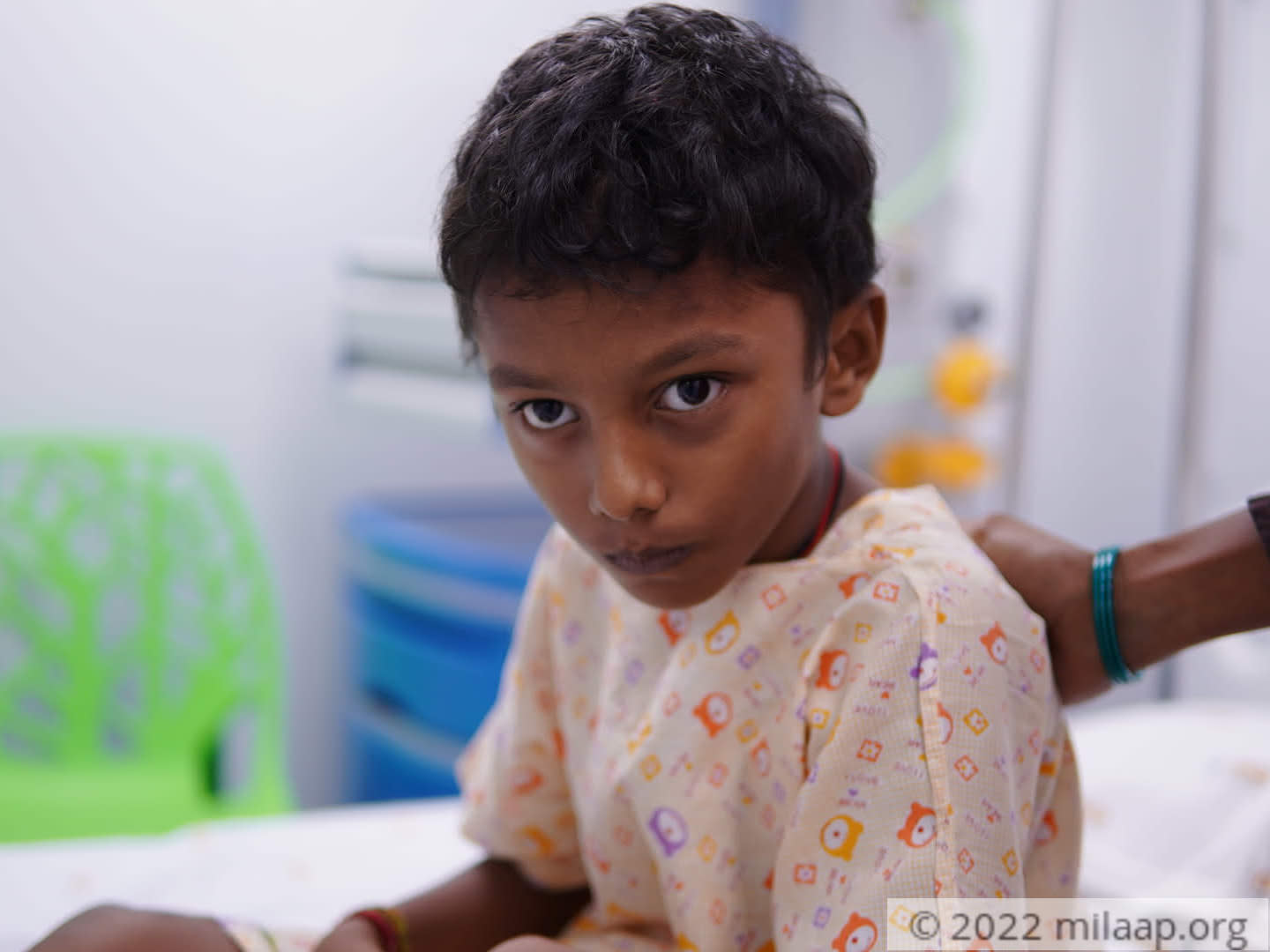 Share
When his parents call out to him, Sai does not respond immediately anymore. They must keep raising their voices repeatedly before they get a response from him. It is not because he is upset with them or is being naughty, but because he has lost his hearing ability. Sai was an active kid earlier, but now he falls while walking, and cannot climb the stairs properly either.

“Doctors first suspected he could have autism. But multiple tests later at various different hospitals, we understood it was something far deadlier. There are no medicines available for the disease he has.” - Naresh, father.

Sai has a rare genetic disease called adrenoleukodystrophy, which makes It difficult for nerve cells to send signals to the brain. A bone marrow transplant is the only way he can beat this disease and become normal again.

As the disease progresses further, his condition will go from bad to worse

In addition to facing problems with vision, hearing, and motor function, Sai could also become severely disabled – he can lose all awareness and sensation in his body. The disease could also affect his immunity and make him prone to viral infections. In short, without help, this little boy’s body will shut down slowly.

“He is already having problems with speech now. If we ask him to write something on a piece of paper, he doesn't understand it properly, and goes and writes on some other surface. He loses his balance and falls unconscious frequently too.” - Nagamani, mother.

Their son’s diagnosis has put them in financial distress

Naresh is a small-time construction worker who already found it difficult to meet monthly household expenses and satisfy the needs of his family. Now, without sufficient savings, he has been pushed into a cycle of debt. Sai’s tests itself cost more than INR 1 lakh, and Naresh is left with no choice but to beg to continue his treatment.

“We were such a happy family. Sai has a twin sister, who is healthy. They love each other so much. She is so worried about her brother and cries for him. My son’s health is getting worse, but all I can do is stress over money, or the lack of it.” - Naresh, tearfully.

These parents cannot save their child on their own. They are asking for your help. Click here to contribute.
AP
Patient Addagella pardhive satya saimaniram is 7 years old, living in Amalapuram, Andhra Pradesh
DH
Being treated in Dr.rela hospital, Chennai, Tamil Nadu