Ambulance Driver Struggles To Save His 2-Year-Old's Life, Without Urgent Help He May Not Survive | Milaap
Receive tax benefits by donating to this cause.

Ambulance Driver Struggles To Save His 2-Year-Old's Life, Without Urgent Help He May Not Survive 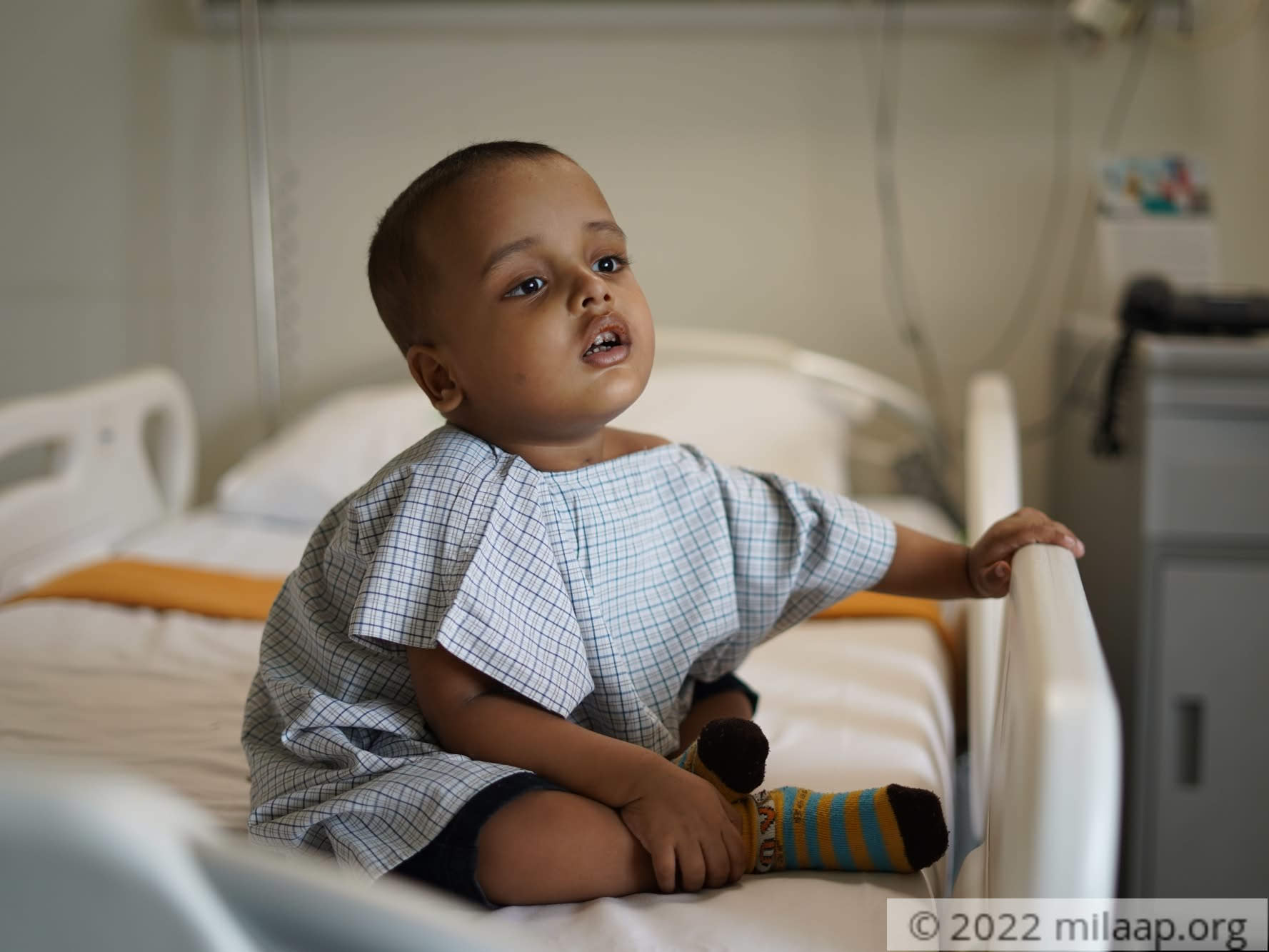 Share
Last month, little Abdullah suffered from recurrent fevers which had no explanation. He got weaker with every passing day, which had his parents worried and on high alert as it reminded them of how they had almost lost him two years ago.

“He was born with a disease which caused a blockage in his bile ducts. He got severe jaundice and we would have lost him if he hadn’t undergone a liver transplant on time.” - Rayees, father

But this little boy’s troubles did not end even after the transplant. Now, he is suffering from a condition called portal vein stenosis, which is essentially the abnormal narrowing of the portal vein, which carries blood from other parts of the body to the liver. This has resulted in poor blood circulation and weakness in Abdullah. It can even turn fatal if a stent is not surgically introduced in the vein to ease out the opening.

Abdullah recently celebrated his second birthday at home with parents

Abdullah has never known a normal childhood. From the time he opened his eyes, his life has revolved around hospitals, injections, and medicines. His body has already borne the brunt of several complicated surgeries and post-op care, and now life has put him in the same situation again.

“His growth milestones have been delayed due to his poor health. He has not started speaking at all – he tries but fails. He cannot walk or run like other kids his age. Now, we are scared to lose him again. Does this pain and suffering never end?”- Naseema Banu, mother.

This father had to quit his job for the welfare of his son, and cannot save him

Abdullah’s father, Rayees, used to make a decent living as an ambulance driver to support his small family, but he had to quit it due to his son’s illness. With ambulances, there is always the risk of catching infection and therefore it was always a threat to Abdullah’s life. Now, Rayees works as an auto rickshaw driver and does menial odd jobs to put food on the table.

“I have not been able to pay back the loans that I had taken for my son’s liver transplant. I am still indebted to a lot of people. Fate has put me in the same situation again – I am begging you to save my son’s life.” - Rayees.