Paralysed and wheel chair bound, but all set to drive 8000 kms | Milaap

You are sending a message to
Eric Paul
Go back

Paralysed and wheel chair bound, but all set to drive 8000 kms

Shares
Shares
Share on whatsapp
First love
Eric was enamored when he first saw a car. He was 12 and his father, an engineer, had just bought a Maruti 800. The first night, he slept in the car. In the following weeks, he would go back to it. Sometimes to do his homework, sometimes to escape into his imagination. All his dreams, he would be off to the farthest corner his mind took him, racing ahead in the car.
Life changing accident
He learnt to drive on his own at 15, having imagined it a million times in his mind. And it was in this car, that his life changed forever. On February 17, 2012, he was driving back home from work on the highway. He worked as a butler at the Taj Hotel and was anticipating rising through the ranks. A tempo traveller jumped signal at an intersection and rammed into his car. Eric's spine was grievously injured, his aorta was torn leading to heavy blood loss.
He was rushed to the hospital. He spent three months recovering in the hospital, after which he came home and was bedridden for an year. He was by now living with paralysis below the chest due to his spinal injury. “I was very depressed. I didn't know what to do. I couldn't imagine the future. But everyone around me was positive and helped me through it,” he says. 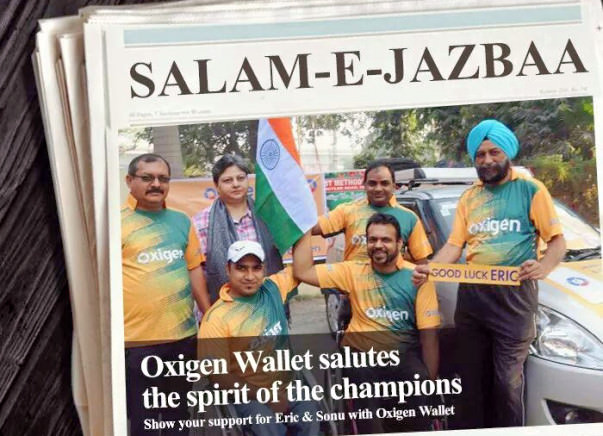 Rehabilitation and therapy
He began going for physiotherapy. A year after teh accident, by 2013 he began participating in sports. By 2014, he began raking in the medals. He secured a Gold Medal in Delhi State Para Table Tennis Championship that year. He also excelled in Javelin and discus throwing. However, his physiotherapist, Pradeep, was crucial in helping him see what he really wanted to do. He was told he was capable of driving a car.
“I took part in sports and it gave me some satisfaction. But I was still looking for something more. That was when Pradeep suggested I pursue something I really cared about – driving,” said Eric. In November 2015, he set a new Limca Book of Record of driving 6,000 kms, through a special, hand-controlled car, in less than a week. 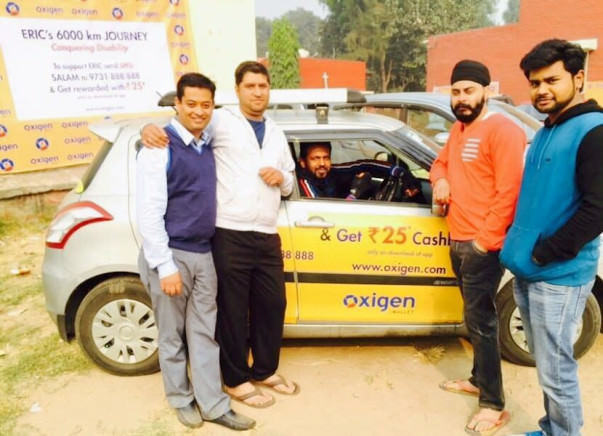 A new goal
Eric has found his one true passion and is now seeking another summit. He is planning to attempt another record-breaking road expedition from Leh to Kanyakumari. It will be a drive from Delhi to Leh to Kanyakumari, making it a total distance of 8,000 kms.
While his previous employers re-hired him and gave him a desk job. Eric is completely dependent on his family financially. “My family has been through thick and thin. Even my 3-year-old nephew prays that his 'Mamu' (uncle) get better and become happy. I want to make them proud of me,” says Eric.
Eric is leaving for his expedition on --- and needs help funding some of the expenses of the trip.
Click here to know more and support Eric
Donate
Donate Learn More Before You Contribute
Security & Privacy Conditions of use © 2010 - 2022 milaap.org. All rights reserved.