Despite A Heart Surgery, This Mother Fights To Save Her Daughters Life | Milaap

N
You are sending a message to
Nirmala
Go back

Despite A Heart Surgery, This Mother Fights To Save Her Daughters Life

Just a few months after she was born, Devadharshini appeared gloomy and unusually weak. Her mother, Nirmala was struck at the change in her active, cheerful baby. Her daughter had become pale and inactive. They even visited hospital to see if anything was amiss. Several visits to hospitals didn’t give them any clue except for the blood tests reports indicating a low blood count.

Nirmala is a heart patient but neglects her health to ensure her daughter lives. Here's the story of a mother who is ready to sacrifice her life just to see her daughter free from a painful disease.

Till Devadharshini (Deva) turned 2, she underwent blood transfusions to maintain the ideal blood count. Few months after she turned two, her doctor noticed that she needed transfusions much more rapidly. Her father, a lorry driver, was finding it hard to support the cost of the frequent monthly blood transfusions. Soon, the doubts were cleared and their daughter was diagnosed with Thalassemia. 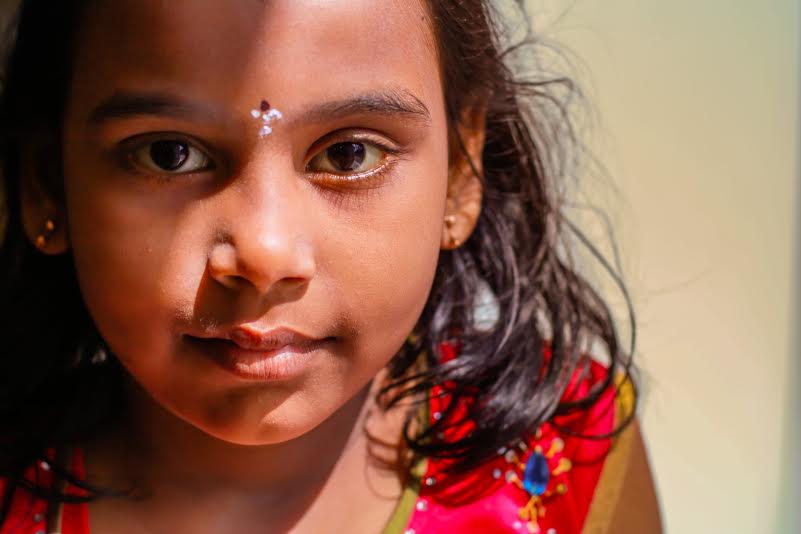 Today after 7 years, Devadharshini is still undergoing regular, painful blood transfusions twice every month. This 9-year-old takes 5-6 tablets every day to prevent the excessive iron deposition in her body due to blood transfusions. She is not allowed to run around and has to be careful never to fall down and lose precious blood.

Nirmala with her six-year-old son and a two-year-old daughter remembers the long hours she has waited in the hospital corridor till the staff would call her in for Deva’s blood transfusion. Blood transfusion process requires the patient to stay still so that the flow of blood to the body is smooth. The transfusions which had to be done once a month became once in 15 days, then once a week days and finally once in 4 days. That was when the doctors finally identified Deva's Thalassemia 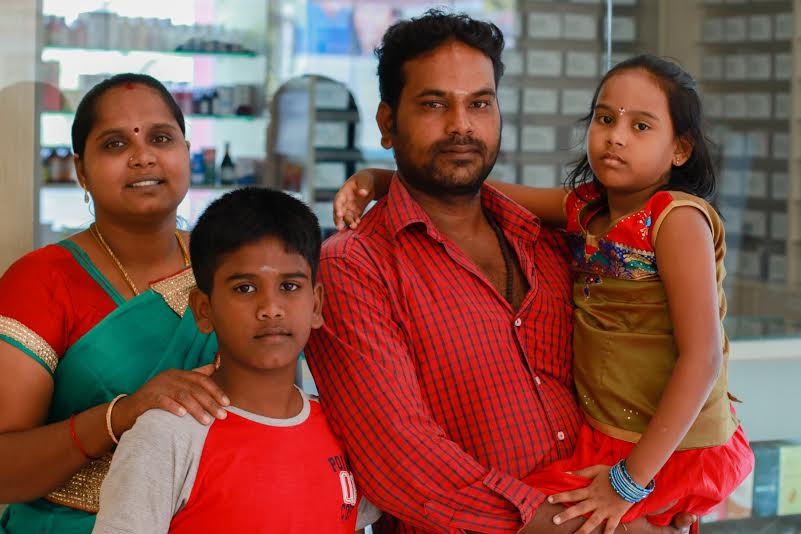 “How will you explain a two-year-old child that she has to stay still  when the needles hurt her body? My world came crashing down when the doctor told me she had Thalaseemia. I didn’t know what that word meant. I heard it for the first time only when the doctor said that. I have studied till grade 6 and I don’t know these terms. It was my brother who explained what Deva has. From that day till now, it has been days of misery, seeing my daughter like this”, says the distraught mother.

How This Mother Spent Sleepless Nights To Help Her Daughter

It is heart-wrenching to hear this mother explain what she went through all these years. Nirmala used to sit for straight 6-7 hours with Deva in her lap as she got the blood transfusions. She would think of ways to put her to sleep, so Deva could fall into a deep sleep through the transfusion. She wouldn’t dare move an inch fearing that it might increase her daughter's pain.

“Many a times, I have been conflicted about even using the restrooms, fearing Deva would wake up while I was gone. My body used to go numb and I could not walk for a few hours after Deva’s transfusion. Even during nights, I stay awake, checking if she was breathing properly. I have gotten up many times, worried and confused after a dream that my child can’t breathe” 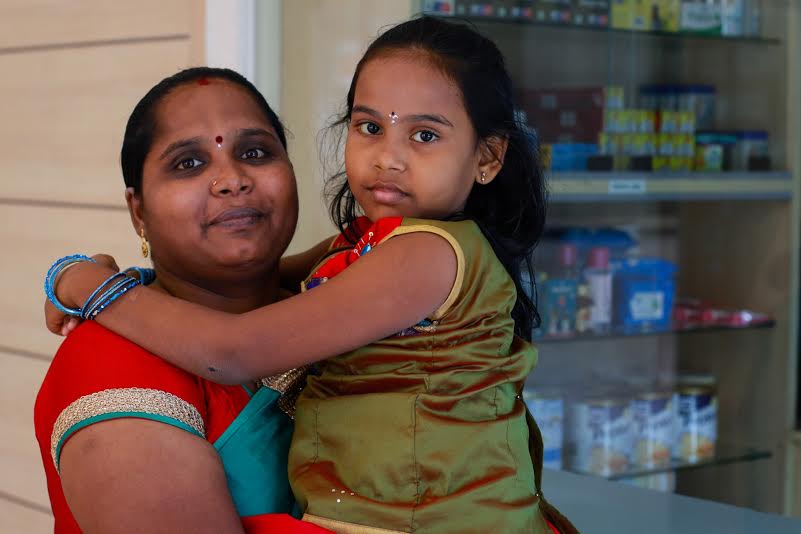 All this tension and constant worrying took a toll on Nirmala’s  health. Two years ago, she had to undergo an open heart surgery.

It was trying time for Nirmala’s family. On the one hand, Deva was getting blood transfusions every 15 days and the cornerstone of the family, Nirmala had just undergone an open heart surgery. Her husband had to take care of everyone along with earning to pay for all the bills. Nirmala’s in-laws turned a deaf ear to their problems and never visited to offer support and help out.

“My parents sell fruits on the local trains and with whatever income they earn, they manage to survive. My mother came to look after me in the hospital, but the in-laws didn’t take any interest in visiting me. It was very difficult. It was during those days that I felt most alone in the world. If it wasn’t for my husband, I don’t think I would have continued being alive.” 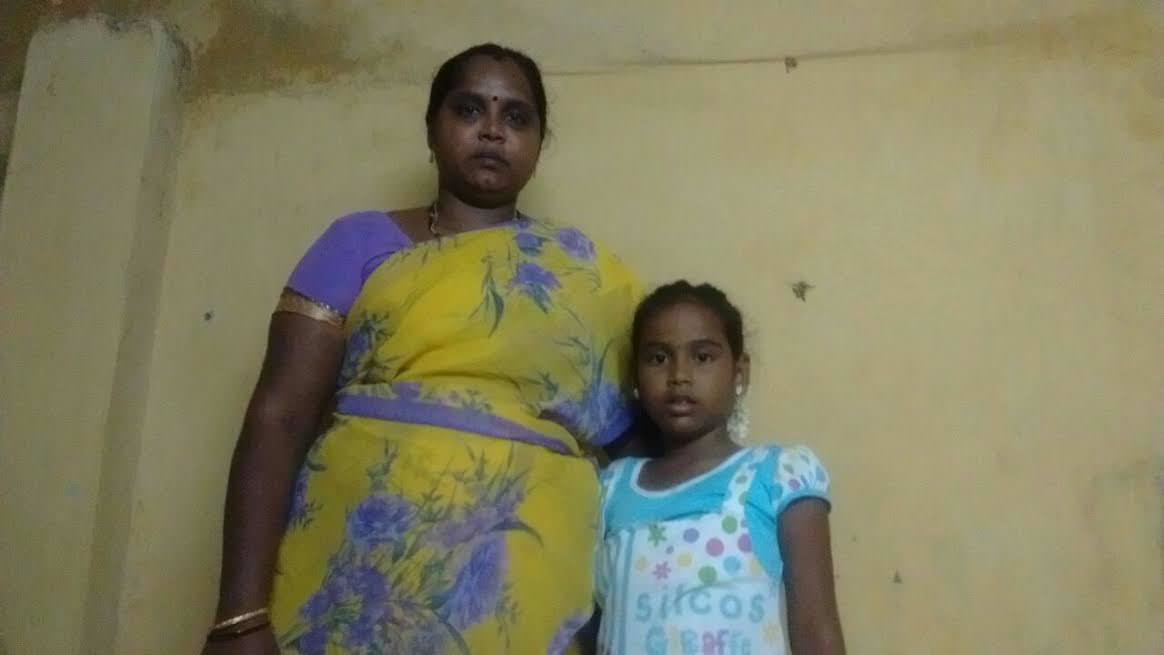 To add to their worries, Deva’s reports showed an infection in her blood. She had to take in special injections to control it. Her father took on whatever jobs that came his way to support his wife's and daughter's treatment. He went to work at odd hours always coming back early to take care of his wife and then rushing to the other hospital for Deva's transfusion.

Nirmala is still in danger if she continues to ignore her health but she is not ready to get this thought take her away from her daughter. "I want to live and I know this body will live till my daughter is free from this painful disease."

Bone Marrow Transplant- The Only Hope

Deva’s doctor suggested that the permanent solution to Deva's condition was a bone-marrow transplant. The search for a donor has begun and unfortunately, Nirmala and her husband were tested negative to be donors. The family now needs Rs 35 lakhs to proceed with the transplant. At the moment, Deva is undergoing blood transfusions at a local hospital. Once they have the funds ready, the transplant will take place at Apollo Specialty Hospital, Chennai.

How You Can Help Devadharshini

With no one to support, this family looks to kind-hearted individuals for support. Nirmala and her husband are working themselves to the bone trying to collect funds but have fallen gravely short of the goal. Your support will really help this family at this stage of Deva's treatment. The funds collected will go to the hospital directly and you will be informed on her progress regularly.

Your contribution will help Devadharshini fight thalassemia and come back to normal life.