This Father’s Amazing Struggle To Keep His Daughter Alive Is Only Short Of Your Support | Milaap
loans added to your basket
Total : 0
Pay Now

Deepa is a 15 year old, who is fighting a rare blood disorder.

Deepa has been suffering from Fanconi’s Anaemia for the past 7 years. The disorder requires her to visit the hospital once in at least 3 months to have a blood transfusion.
She is presently in the ninth standard and has been depending on the transfusions for almost half her life.
Deepa’s father loves her more than anything in this world.
He is the one who accompanies her to the hospital for her check-up and for each of her transfusions. Over all the years of struggle, the father and daughter have developed a beautiful bond. Deepa is closest to her father. Despite being a security guard at an agency, he never feels he has spent a lot on his daughter’s treatment. Deepa’s mother is a helper at a garment-store. Together, they make just about enough to educate both their children and take care of Deepa’s medical needs.

“This is nothing. Anything I do for my daughter will be less in my eyes. I can never have spent too much on her. She is my own little girl. If I had all the money needed, I would spend it all on my daughter and never think about the money again,” says her father.

In fact, her father has donated his own blood for her transfusions over twelve times.

After having visited many hospitals and trying to get the best for Deepa all along, they have presently been recommended a Bone Marrow Transplant that would cure her entirely and stop the need for the quarterly transfusions.

This is an unimaginable amount for her parents. Deepa’s parents have spent all they have in getting till here. Now, saving her is in your hands.

One small step on your end could mean a lot more to Deepa and her father. Click here to help Deepa. 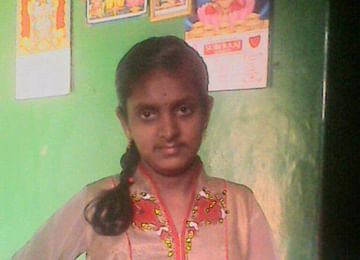 This father has given his blood over 12 times to save his daughter.

UPI: givetomlpkumari3@yesbankltd (Copy to clipboard)
Click here to read the instructions before you make a bank transfer.