Constituents of Mathaburu within the fame of Ajodhya | Milaap

Constituents of Mathaburu within the fame of Ajodhya

By Moumita Bhattacharjee
27 February, 2020
Shares
Share on Whatsapp
I thought this piece would be all about the major location, Mathaburu but it turned out to be something way more than just the location.  Hitch-hiking is always a dream for any traveler but doing that for a month straight is what gets the adrenal rush boosting. After a series of stops in many locations in Wet Bengal, I  finally decided to lay foot on the Ayodhya Hills, yet again.  Taking a general train, well that is the only resort for last-minute planning, it took me a long 11 hours of standing and sitting right beside the toilet but now when I sit to pen down the thoughts it is completely worth it. 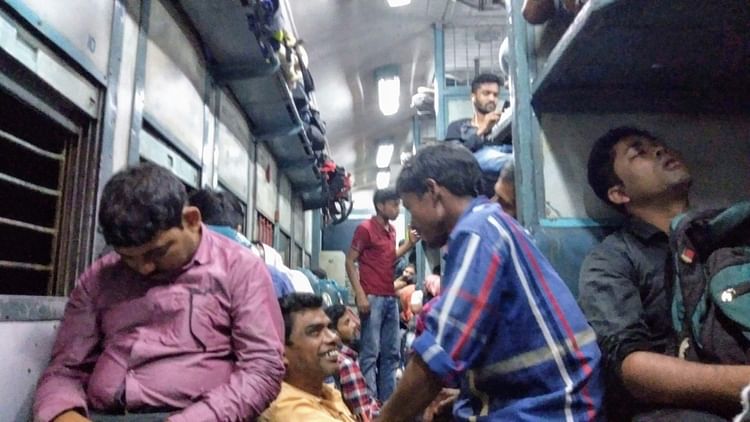 (The general view of General compartment)

The railway route to Purulia from the commotion of Bengal is itself a hope for something better, something greener.  One can posturize how amazing the ride from Barabhum station to the target location right on the foothills, of Mathaburu hills would be like. It is all but a canopy of trees encircling you and sudden glimpses of rustic villages with little children waving hands along the way. One I reached the camping ground, I took a moment to cherish the majestic mountains. Here is the thing about hills and mountains, no matter how many of them you have noticed, every summit has its own view, own specialty and most certainly its own difficulties. 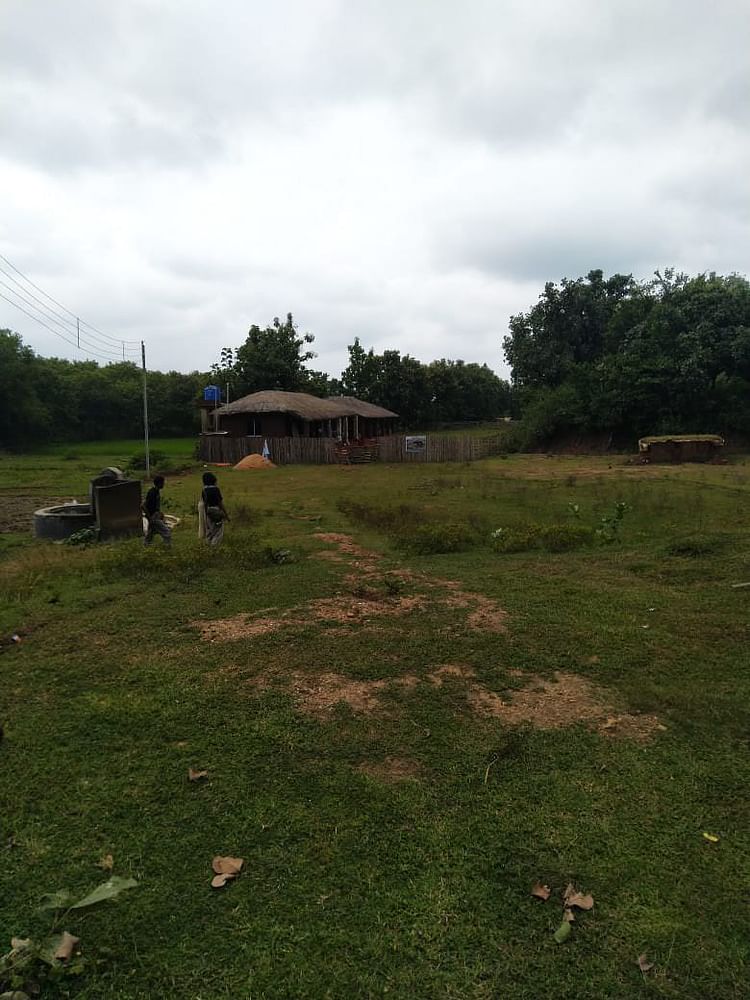 A stroll around Mathaburu will give you a perfect feeling about what our ancient ones would talk about in terms of “simplicity”. Typical mud houses are established on either side of the road just far enough for trees to grow amidst them but near enough to communicate in times of need. The jute “charpoys” reminded me of the images I had about my Grandfather’s childhood.  Along the line were old tattered saris and fabrics hanging for getting the kiss of the sun. I almost got fooled with such a comfort unless a conversation with one of the shopkeepers led further light into what trivial difficulties the locals’ face in their everyday lives. Nature comes at its own cost! 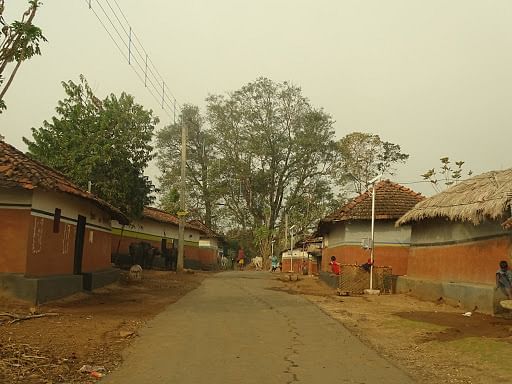 Next, I met this handsome old fellow with his bunch of cattle hooting this way through. Something about him was so alluring that I walked straight up to him. “Why do you rear cows”, I asked. What could I have expected? Money? Dairy farming? Stability? To my surprise, Mr. Madan Mahata does it for his grandchildren. Everyone morning he drops them off to their nearby school and then takes his beloved cows for grazing so that they give enough milk to sustain their own calves and provide some to his grandchildren. I thought for once if should inflict his mind with the idea of dairy farming, but the old man has seen way too many sunshine to know there is an option, he just chooses not to take any. “ Not everything is for money”, in his exact (translated) words. 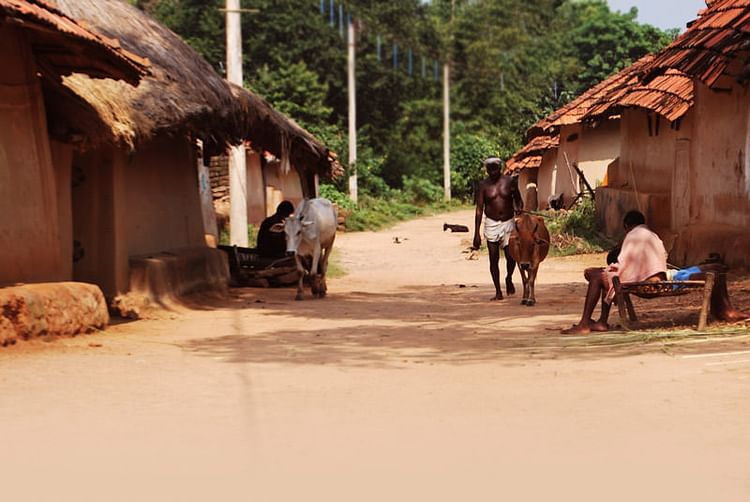 ( He just would not give me a closeup)

The forest towards Mathaburu is so peculiarly Purulia. You will notice snakes slithering away right beside your footstep and for a reptile lover as myself, I couldn’t have asked for anything more. But I did get more when I noticed a small dried up steam up ahead. I was happy that this stream dried up due to seasonal change and not the mindlessness of human acts. The flourishing pond right beside it proved this very point. It was a perfect spot for an evening yoga. Bang opposite was a man slowly rushing his buffaloes into the pond and giving them a bath. Just as a father would clean up his baby, he cautiously rubbed the skin of the black beasts and even shared a conversation with them. This is what domestication began with, the altruistic empathy of mutual benefit, not just extorting from speechless animals.

( the green, the serene and immersed within a buffalo) 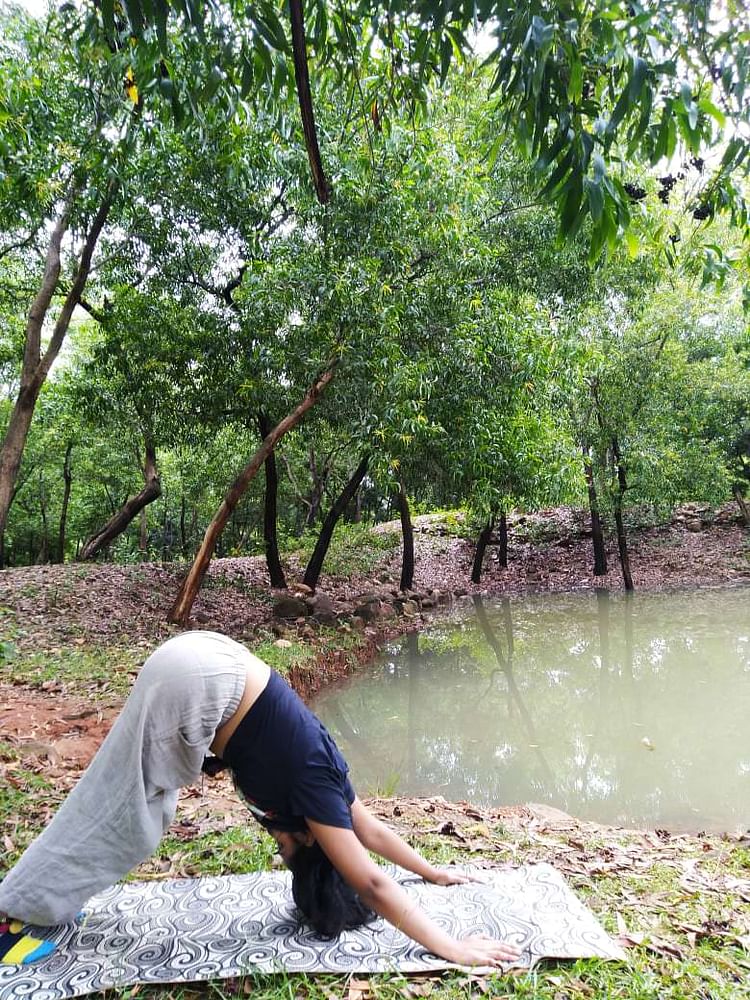 ( Little health, little yoga)
It has become a habit over the years to make people and nature a better home than four walls. The caretaker of the campsite, Sanatan Ji, became a father-like figure for me. Just enough concern to make it a point that I was safe but giving me the space to wander my own way. What a mighty good painter he is, although he was resilient in admitting it. We see so much art infiltrated in these small corners that most often appreciation gets lost under the radar of advertisement. Painting the walls, he shared many stories about his struggle and mechanisms to coupe with them. It amuses me how easily the people here forget the pain they had to go through once to even earn bread for one time. They are satisfied with what the current day is bringing them.

(A painter within a caretaker)

( The unanimous love for Red Tea)
The chilly evening embraced me with a little drizzle which was just enough to set up a campfire and warm myself up. The red-orange fire reminded me once again of what Charles Spurgeon once expressed, “ A village is a hive of glass, where nothing unobserved can pass”.

(A different kind of Candlelight) 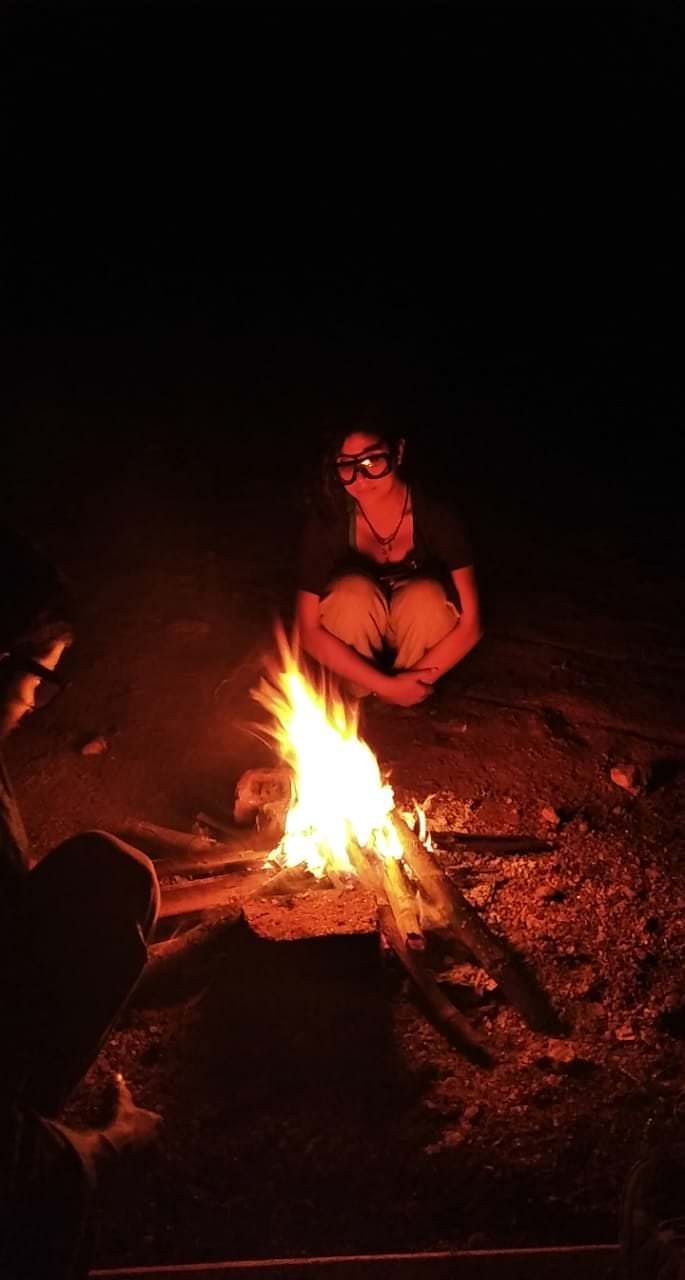 ( The warmth of a fire in a cold evening)