A
You are sending a message to
Avanti
Go back

Shares
Shares
Share on whatsapp
Avnish hails from a suburb in Eastern Mumbai called Mankhurd. He comes from a low-income family who is supported by a sole breadwinner – his father. Avnish’s father is self-employed and works as a rickshaw driver. His annual earnings total a meager Rs.48,000, the sum of which is barely enough to incur the costs of his household and provide strong educational opportunities for his two children. Avnish, who is currently 17 years old, is part of a family of 4 persons - his parents and his younger sister who is studying in the 8th standard. Avnish’s parents are aware of the fact that they are responsible for putting their son through college now, as well as support Avnish’s sister through her final years of high school and possibly college as well.

Avnish, coming from a low-income background, has held onto his dream of either becoming a professor of Mathematics or working as a programmer through great adversity. The son of a rickshaw driver, Anish has immense motivation in aiming for the one thing that will allow him to fulfill his dreams – admission at an elite college for his undergraduate studies. Avnish’s father dreams of entering his son at the Indian Institute of Technology, in-turn, providing Avnish with the best possible opportunity for him to chase his goals. Avnish is currently enrolled as a student at Avanti Learning Centres where he has spent the past 2 years preparing hard to get into IIT.

One of the main reasons that Avanti decided to support Avnish is his outstanding educational record. He secured an aggregate of 92.4% in his 10th standard public exams, and is expected to score between the 82-87% range in his 12th standard public exams. Avnish has already written the JEE Main exam and scored a very strong 143; the CBSE announced on April 27th that this year’s general cutoff was set at 100, confirming Avnish’s appearance for the second JEE Advanced examination. He is expected to receive an All India Rank in the range of 5000-6000, giving him a solid chance of receiving admission in one of IIT’s numerous branches.

What is in Avnish’s way?

Avnish’s family is capable of contributing funds of up to Rs.50,000 in his first year of college. Considering that his family’s total income is Rs.48,000 annually, Avnish is currently facing extreme financial trouble in regards to his college admission. Avnish’s mother is a housewife and is tasked with running the household rather than contributing towards their total income. Avnish also has a younger sister who the family must think about while considering their financial situation and the support that they are capable of giving Avnish.

Avnish is a regular school student from an underprivileged background who, through his hard work and dedication, has put himself in a position to fulfill his dreams. He and his family are willing to take out loans to provide for his education, consequently showing their willingness to support their son. The family has no other source of income apart from the earnings of Avnish’s father. This family, trusting Avnish to lift them out of their current social and financial situation, is in need of funds to support the fulfillment of their son’s dreams. 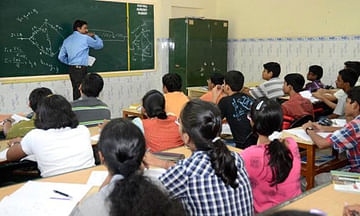 Avnish has worked hard all these years to fulfill his father's dream. Now, he just needs our...