You are sending a message to
Pancham Cajla
Go back

Shares
Shares
Share on whatsapp
Pancham Cajla and his friends decided to do something interesting one Sunday in June 2015. Eleven of them came together and set up a challenger cricket match with another team. But the game needed to be played on the other team's terms – with a blindfold, since they were playing blind cricket with a blind team. 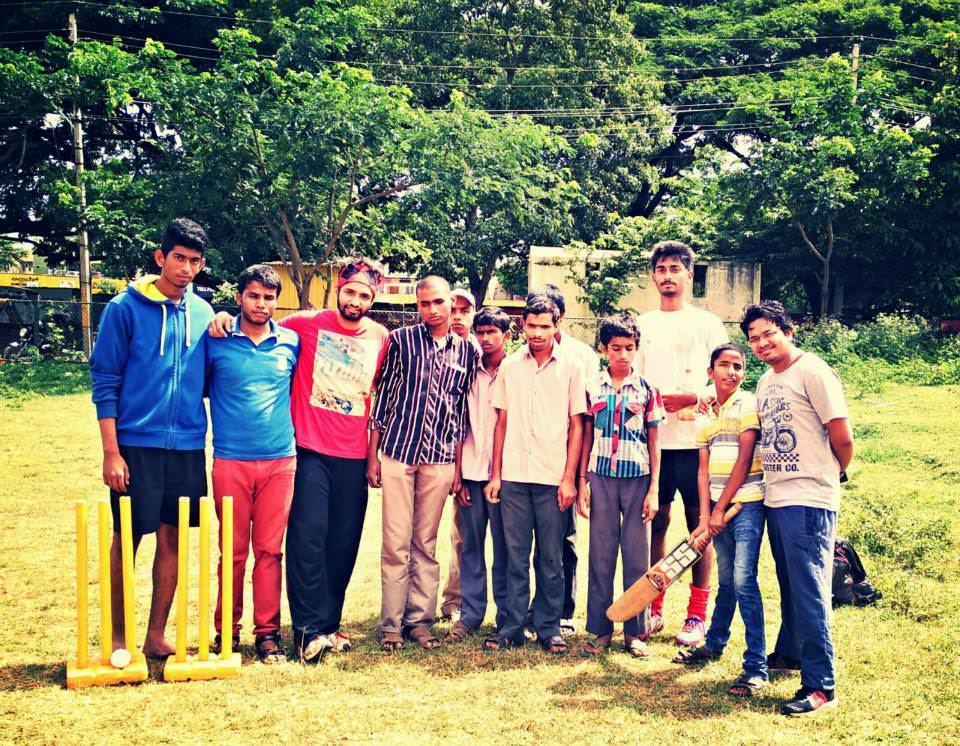 Pancham with the blind cricket players
“When we took off our blindfold, it was like coming back to life. I felt so relieved to be using my eyes again. But trying to hit the ball based on the sound was a life-changing experience, giving me an idea of what it might be to be blind,” Pancham explains. The matches became a regular event, and always drew a crowd that would come to watch. Pancham knew that they were on to something.
It inspired him to work on bringing the sighted and the blind closer. As he made friends with more and more blind people, he moved from feeling sorry, to appreciating the way they led their lives. “I used to volunteer at blind schools and I would be very troubled by why God chose to make some people blind and not the others. But now I understand that they don't want sympathy. They want dignity and respect, they don't see themselves as 'lacking',” he explains. 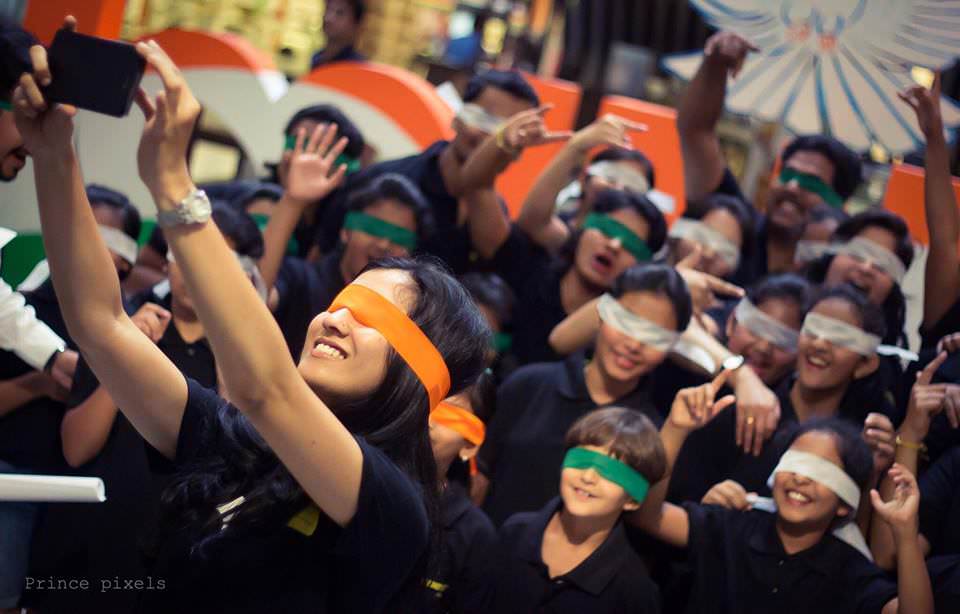 Taking a blindfold selfie, a campaign to raise awareness

Hailing from Chandigarh, Punjab, Pancham, a mechanical engineer, came to Mysore in 2010, to work in Infosys. Active participation in the CSR activities made him want to do more. He quit Infosys in four years and started the Anuprayaas Trust with his colleague Shakti Kaur in 2014. All their work so far has focussed on creating awareness about giving the blind their dignity back. Empathy not sympathy, they emphasise. 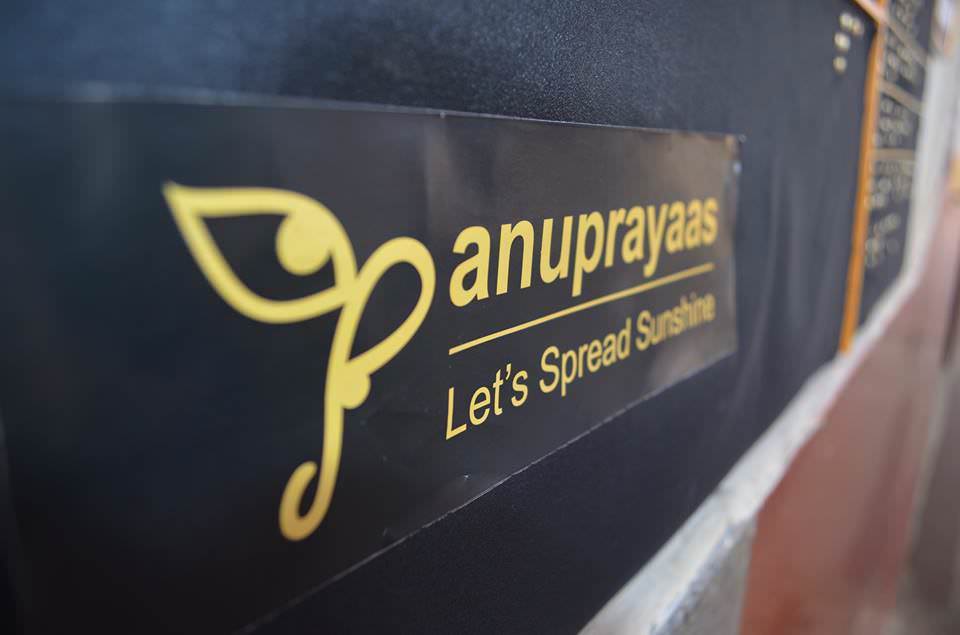 “While other NGOs also do great work, we wanted to work exclusively on helping the blind help themselves. Accessibility is a big goal for our work,” explained Shakti. Also a mechanical engineer from Punjab, Shakti continued to work in Infosys. Pancham echoes the thought and added that the easily dispensed sympathy only increased dependency, helping no one.
By October, Pancham decided to head back home, but he wanted to do something for the city that he had come to love. Brainstorming with friends took him in to the office of the Divisional Railway Manager of Mysore. “I was unprepared and didn't have a plan in hand, but when I suggested making the Mysore Railway Station blind-friendly, he enthusiastically agreed to my suggestion,” he recalls. 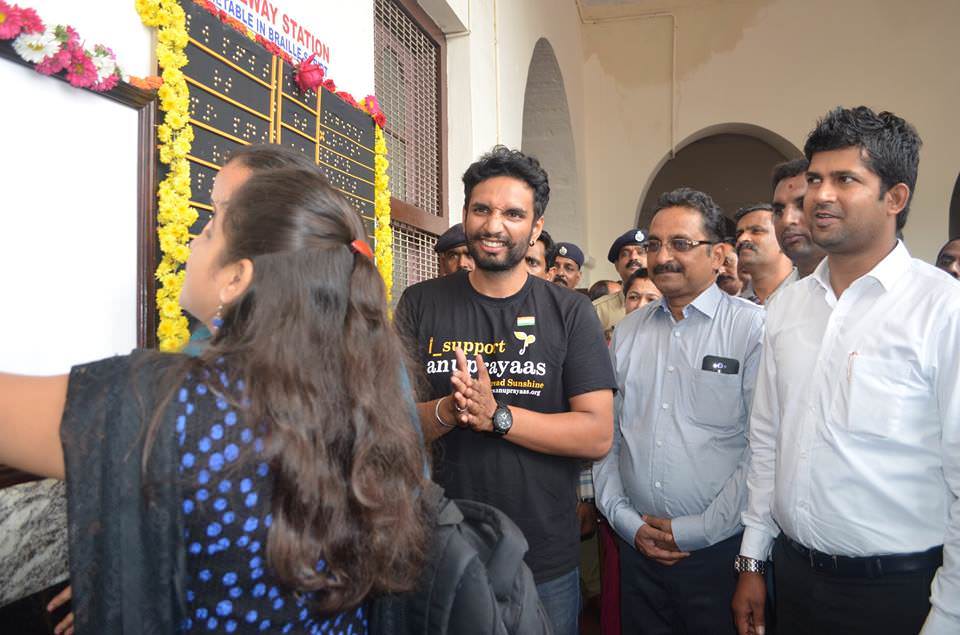 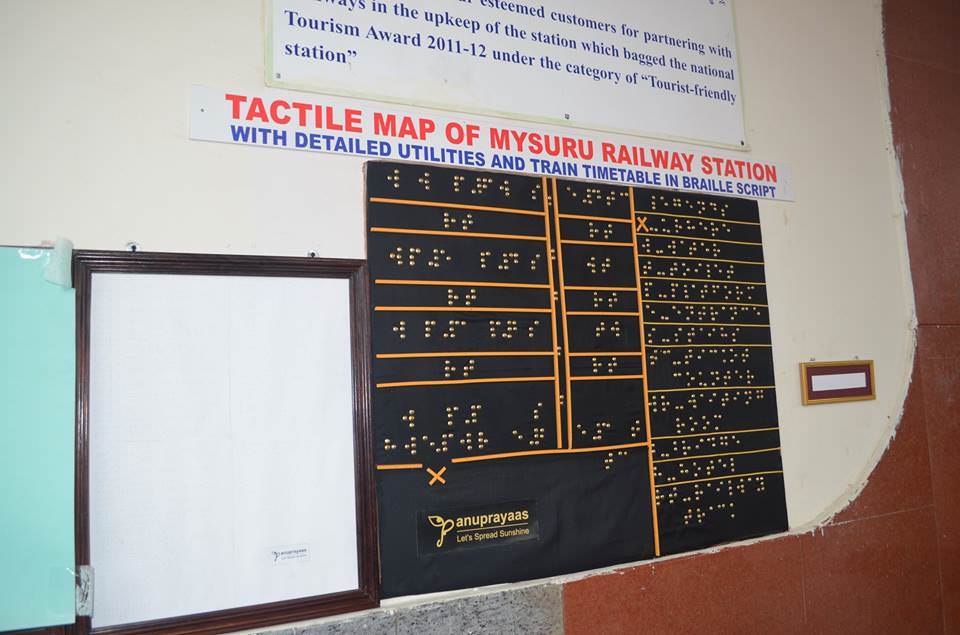 Anuprayaas team led works in the station and got it ready by November. The MP of Mysore, Pratap Simha inaugurated the first phase of the project. On November 3, 2015, Mysore became the first blind-friendly station in the country. Location, train itinerary, and platform information is available on easy-to-reach Braille board on the walls. Even the restaurants have Braille menus. 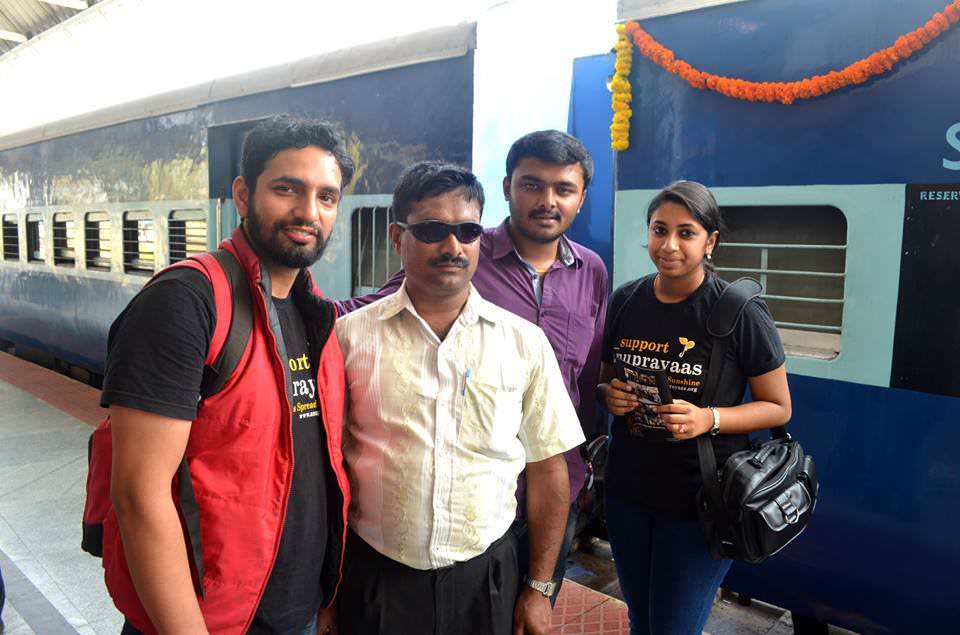 Shortly afterwards and shelving Pancham's relocation plans, the Anuprayaas team got involved in ideating for a train that would be blind-friendly. India's first completely Braille-embedded train, the Mysuru-Varanasi Express rolled out on January 26, 2016. 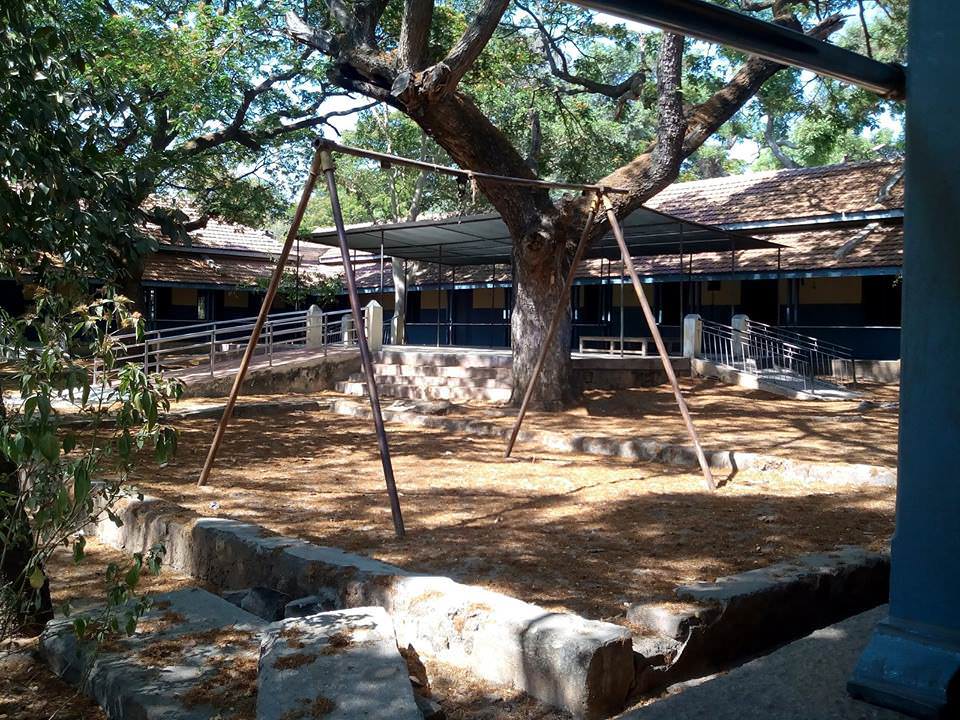 While accessibility is the end goal, teaching the blind how to use these boards and tactile maps. "After our work with the station, we realised that there is much more to do. The blind in India are not used to facilities that help them get around on their own," says Shakti.
So Anuprayaas is now working with schools to teach children reading Braille signage and tactile maps. They are also working on developing Kannada Braille boards, which is taught in most blind schools in Mysore.
Anuprayaas trust is raising funds to help the Tilak Nagar Blind School become a blind-enabling space. Help their vision to create a more inclusive world here.
Donate

Help the children of Tilak Nagar Blind School help themselves

Your donation can help these students learn more about using Braille signage and improve their...