A Trip to Independence | Milaap

A Trip to Independence

By Sneha Santuka
04 March, 2020
Shares
Share on Whatsapp
Since the beginning of the 21st century, the situation concerning the education of women has undergone a very positive change, especially in the Indian middle class. People nowadays want their daughters to study so that they are capable of earning for themselves, and do not have to be dependent on males or male family members in order to sustain them. While being a much-required positive change, the concept of independence is yet to overcome some glitches.
While this article shall bring up quite a few social issues, the foremost one is that of a woman’s “independence” in today’s society as compared to a man’s. I wish to examine this idea of “independence”, what it means to parents, what it means to their daughters and their sons, and what it means to the society at large. In order to accomplish this, I am taking the example of two young women going on a trip by themselves, for the first time in their lives.
Ananya and Priyanka, two young women who finished college last year, have been working and living in the city of Bhubaneswar for the past year. After months of procrastination and delay, they finally plan their first trip together-to Vizag.
With excitement, as well as a little fear (as this was the first time they were doing something by themselves), they set off for their journey. Everything was in place, dinner had been made, bags were minimal, sunglasses and stoles were bought, pampering of the body had been done; now all that was left was to board the train and sign up for a weekend pampering of the soul!
Due to some quickly made bad decisions, they almost missed the train. It was 9.24 pm when they entered the station, the train was about to leave at 9.35 pm, and the train was on platform number 6. With their rucksacks weighing them down, they ran as if for their life, pelting left, right and center wherever a gap could be seen among the throng of people. Upon boarding the train, the first thing out of Priyanka’s mouth was – Jab We Met. 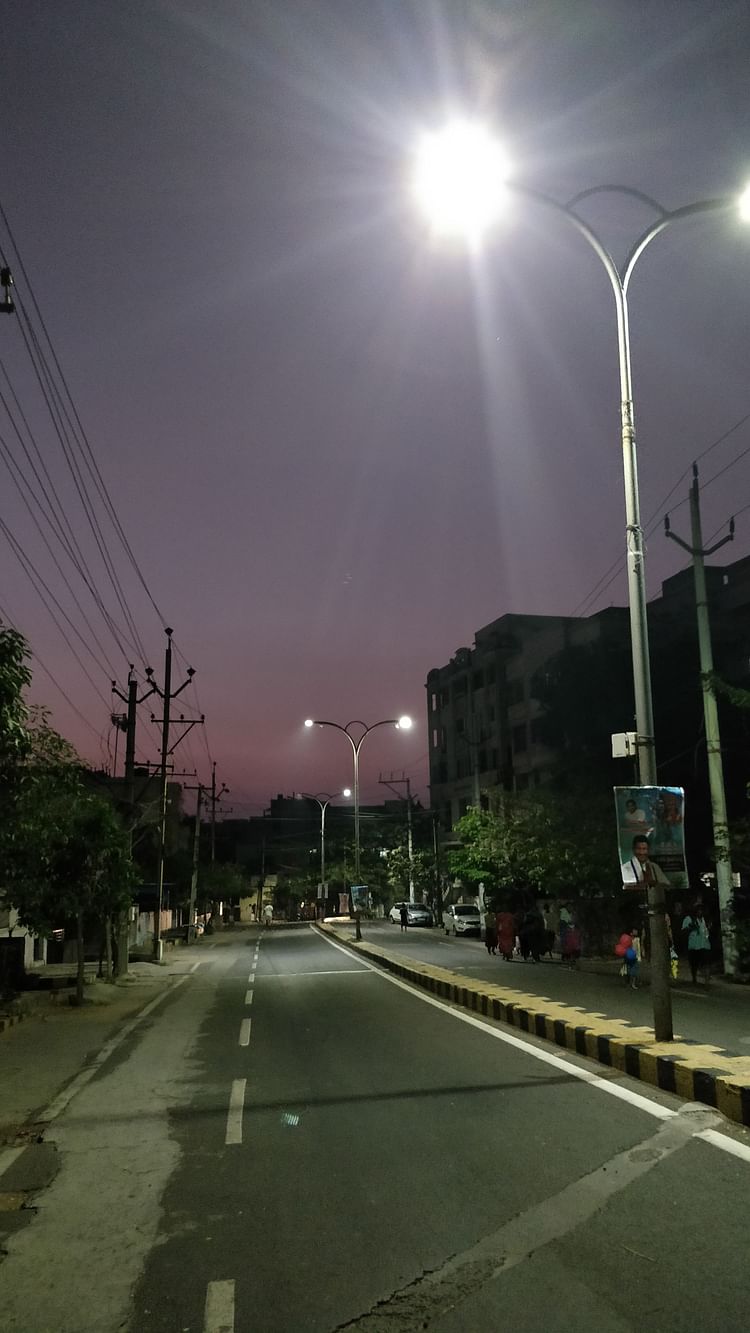 The streets of Vizag at the break of dawn.
The train pulled into Vishakhapatnam station at 4.03 am in the morning. As both the girls climbed out of the train, their first adventure was - to have a seat on one of the benches. While traveling with parents or with family, they never would have the time to just sit and catch a breath after alighting from their vehicle, there would be places to go and people to meet. This time, the girls were having none of that. They were intent on making this trip their own, with their own memories and their own mistakes, no longer dictated by the demands of other people.
The coffee at the Rail Dhaba at Vizag station was like a pot of pure joy, it tasted that good.
The homestay they had booked was quite near the beach. The meticulously-planned itinerary included watching the sunrise from the beach, and then heading to the Simhachalam temple directly as the temple would become very crowded later on in the day.
The sheer beauty of the sunrise was worth missing the entire night’s sleep and rest. 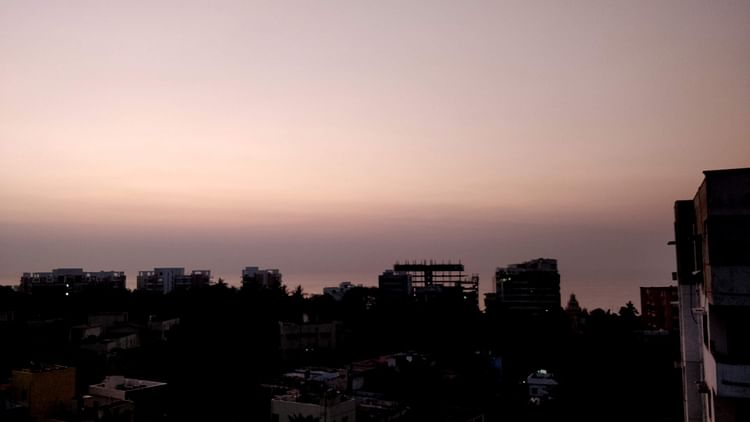 The colours of the sunrise.
The autorickshaw ride through the city on the way to the temple was bumpy but very enjoyable. Ananya was enchanted with the stylish lamp posts, colourful flower pots, and the huge trees along the sides of the road. The paintings on the walls were simple and beautiful. Motifs of leaves, flowers, animals, birds, greenery, Indian Gods and Goddesses, adorned every inch of the canvas that was the city. Owing to the deftness of the rickshaw driver, the girls reached the temple around 8 am. The temple was set on top of the Simhachalam hill, surrounded by various old-fashioned buildings and mostly, by greenery. The main structure of the temple was very old, with its exact age and architect being unknown. According to local legends, Sri Varaha Lakshmi Narasimha Temple was built by Prahlada in order to revere the Lord Varaha Narasimha, who had saved him from the murderous plans of his father. 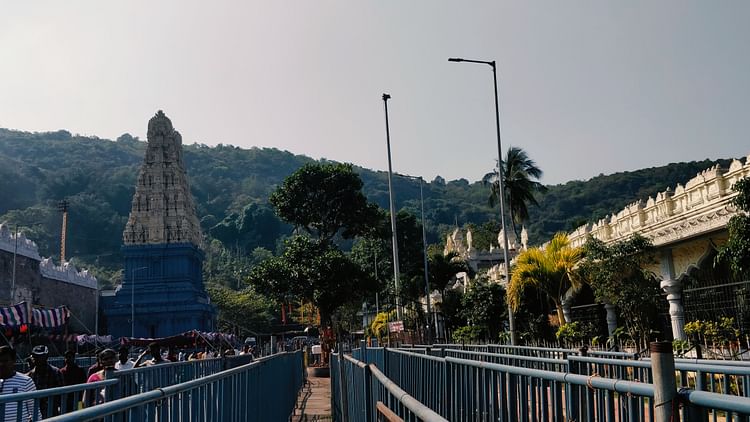 A view of the entrance to the temple in the backdrop of the surrounding hills
The entire temple complex was teeming with life and exuberance, vendors engrossed in selling their divine paraphernalia, people moving here and there, some to offer their prayers, some to have their head shaved in order to dedicate their hair to the deity and yet others, just enjoying walking around in the serene, divine atmosphere. The hilltop view from the premises, the gentle breeze soothing the travelers, the satisfaction of being surrounded by greenery and the feeling of content permeating the entire place was perfect.
The free rice Prasadam distributed by the temple is a must-try at the place.
In the evening, they had planned visits to the Submarine Museum and the Aircraft museum on the Rama Krishna beach. The girls strolled along the beach road, enjoying the sea breeze, the view and the general chatter and bustle of the area. Here again, they ditched worrying about the time and chose to stroll instead of hurriedly running through their agenda like tourists. The girls were in no hurry at all, they could waste time doing anything they wished. At one point, both of them laughed for a full ten minutes on seeing crows loitering about a statue of a man who was freeing a bird! 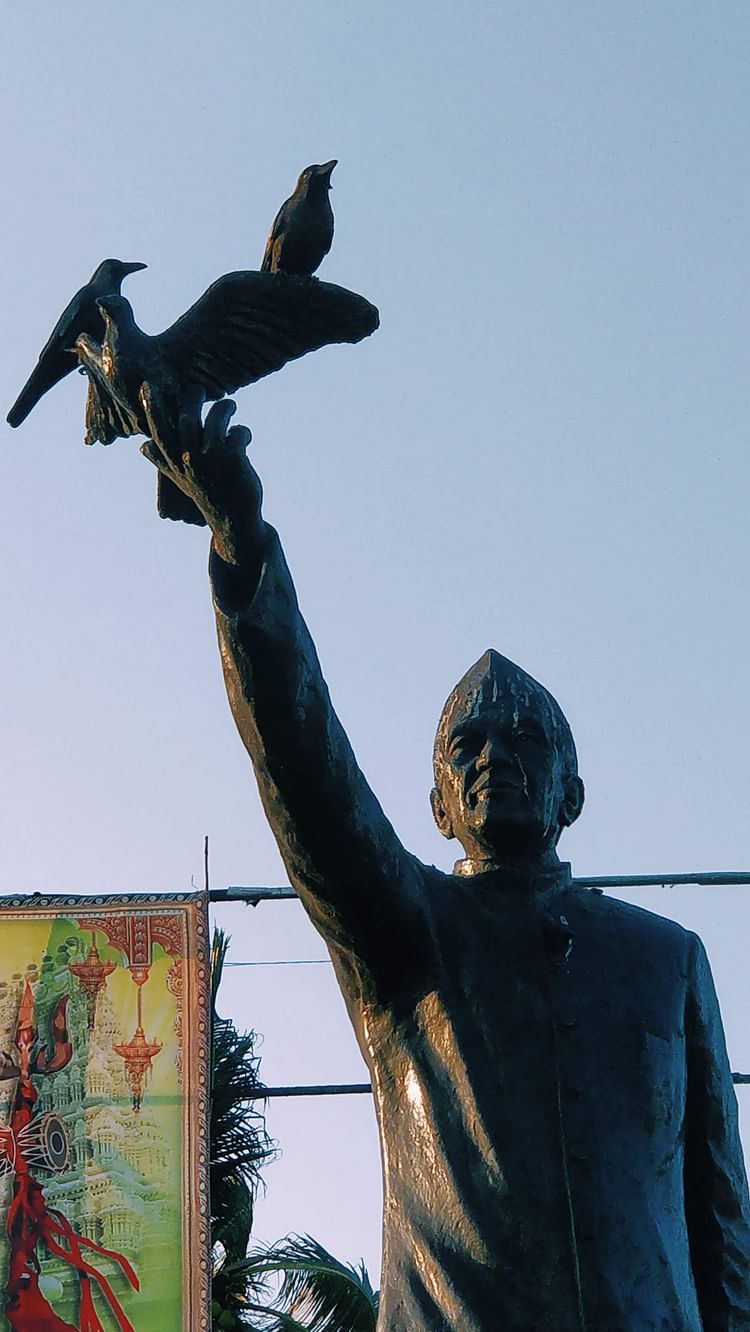 And the crows.
The submarine museum features INS Kursura, the 5th Indian submarine, which upon being decommissioned in 2001 was converted into a museum for public access. A feeling of awe envelops you when you’re inside it, a realization of the heights of human achievement as well as admiration for the sailors who live closeted and cramped inside it for months on end for the sake of their country. 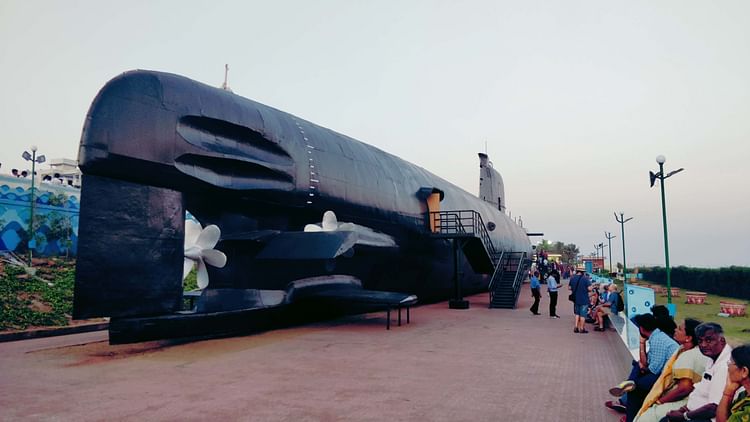 The INS Kursura Submarine Museum at Rama Krishna Beach, Vizag
Opposite the Submarine museum is the VMRDA TU 142 Aircraft museum, which houses the Tupolev Tu-142 anti-submarine warfare aircraft. The entire service lifespan and features of the aircraft were on display, and the aircraft itself was open to public access. A play-by-play voice option was offered to the interested guests, which explained the features of the aircraft. The museum was very informative and interesting.
It was nearly 11.30 by the time they reached the hotel.
As they awaited sleep, the girls wondered at the events of the day, how they had nearly missed the train, how they had both made mutual decisions about where to go and what to do, what time to spend on what activity, where to dawdle and where to run, how they had had 3 cups of coffee at the railway station because they loved it, how they returned at 11.30 in the night without someone telling them they were too late, how they could watch the sunrise without being mocked for it. A feeling of liberty and freedom was blooming in their hearts, along with the accountability of one’s own self that comes with it. The adage “One travels not to discover the world, but to discover oneself” couldn’t have rung truer than in that moment. 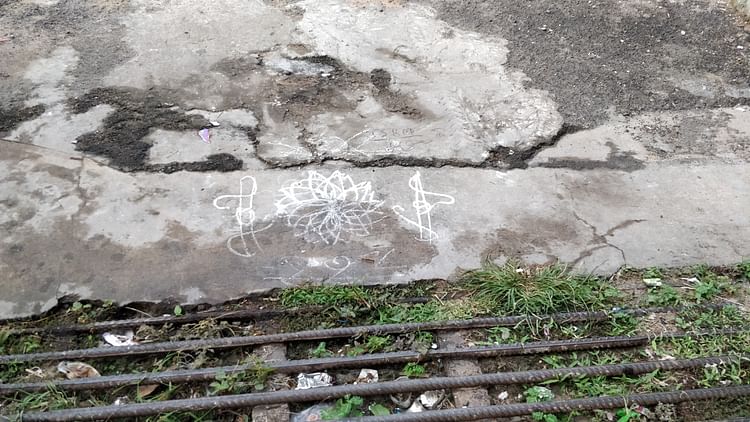 A traditional "Muggulu" at the gates of the homestay. Every morning, a woman draws a Muggu after cleaning the front of the house. It is believed that it brings prosperity.
The next day, they left early for the Kailasagiri hilltop park. The numerous attractions there included a ropeway which would take tourists up and down the hill, a circular train running atop the hill offering a spectacular view of the sea and the hills, activities like cricket nets and the trampoline tarp, and many local cuisine outlets. The girls paused to watch as a young teenage girl screamed her heart out every time the trampoline bounced her up and down. 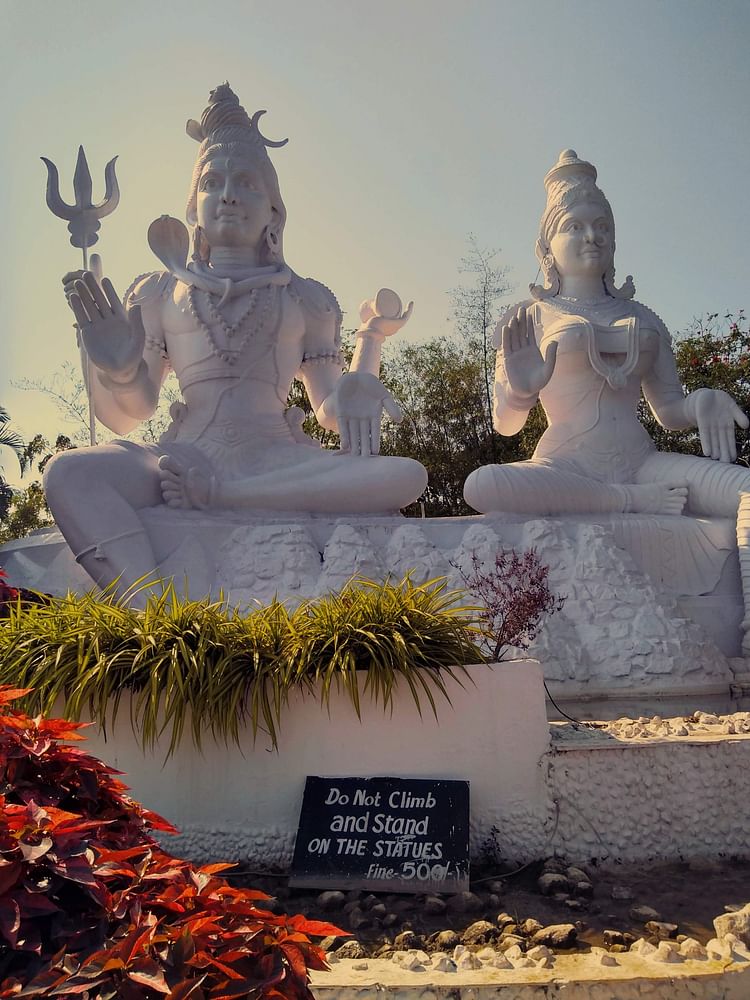 The idols of Shiva and Parvati atop the Kailasagiri hill.
The ride on the circular train was wondrous, to say the least. Enchanting gardens full of trees, flowers, bushes, and rock statues dotted the scenery surrounding the route. The sea and the city were visible from the heights and the wind teased the passengers in the late afternoon. It is to capture such refreshing and illuminating experiences that one travels. The beauty of nature lies in its rawness and imperfections, and only after coming face to face with them do we realize that imperfections in ourselves are not as big a deal as we make them out to be. All cares are washed away with the feeling of wonder and awe which accompanies any person traveling to a new place. These feelings, which were once constant companions during childhood, are completely lost in the day-to-day lives of most people. 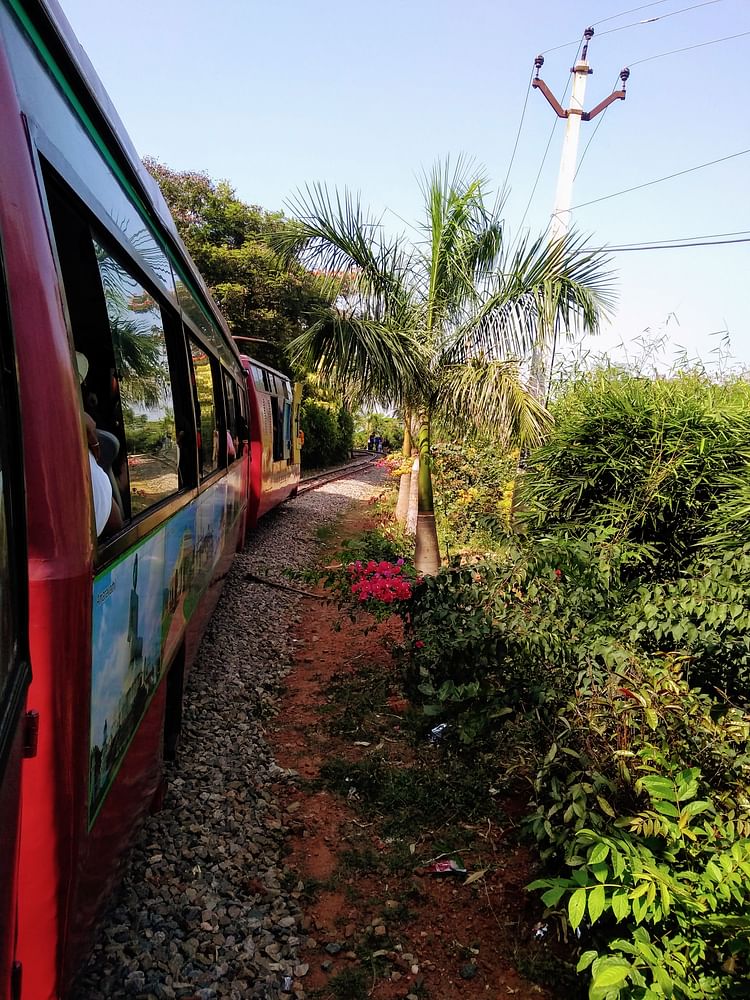 The ride on the circular train.
Before departing for the railway station, the girls spent their afternoon at the beach. Their last indulgence was jet skiing. The two girls had attracted stares throughout the trip but here, at the beach, it was much worse. Being alone, they started feeling uncomfortable and soon left. 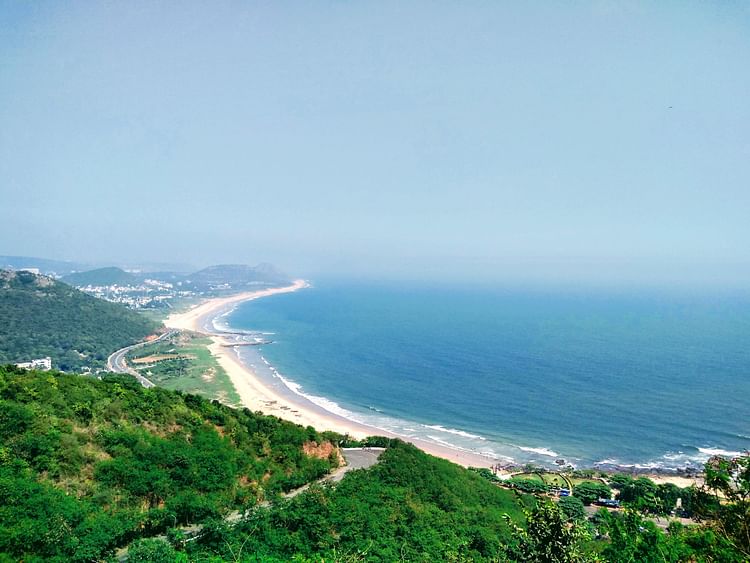 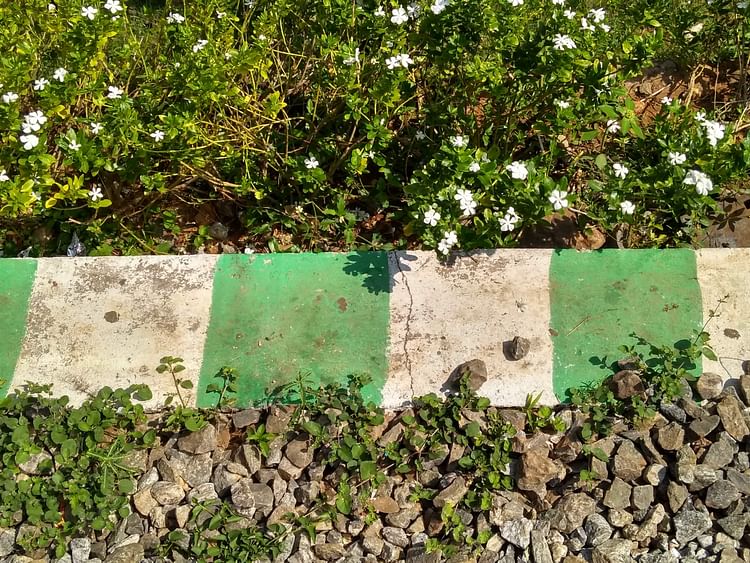 Au revoir Vizag! May you be kinder to the next couple of girls who drop by your shores.