A tribute to the woman with the pink tub! | Milaap

You are sending a message to
Nameless Wonder
Go back

A tribute to the woman with the pink tub!

By Priyanka Suneja
23 March, 2016
Shares
Share on Whatsapp
Many who talk about women empowerment often lead very comfortable lives. We demand respect and our own identities but the motivation within is undefined. The small pockets in India, that inhabit 70% of the country, seem to have a more practical approach towards taking charge of their own lives. The women I met in the villages of West Bengal are skilled entrepreneurs running businesses that employ more than 150 people! They may not have an education, but their insight into how to get things done is unparalleled. Hard work, strong determination and high ambitions are at the core of all that they do.

The Milaap Fellowship has given me ideal opportunity to learn more about the ground realities of life in a small village. Ignored by the larger imagination and often romanticised as two-dimensional 'idyllic landscapes', we are unfortunate to have been estranged from the culture of respect of rural India. My first ever visit to a village in West Bengal was enthralling. From Kolkata, the journey to my destination was a prelude to what was awaiting for me there. A train, a bus and then a toto ( a three wheeler electric cycle) were all the means that we used to reach Baduria. The novel journey pointed to vast gaps between what I understood to be and what they knew it as.

I got off the bus to see the small town I had already made a mental picture of. The small lanes made sure the shopkeeper didn't miss anyone who walked past it. Everyone looked at me with inquisitive eyes, and a few even shouted across the street asking a local if they knew why I was there. The awkwardness vanished when I began seeing that behind the mild intrusiveness was a sense of familiarity. I was everybody's guest. My arrival was celebrated with many gestures of hospitality.

But what inspired me most were their stories. Everyone in the village was focussed on the change they had envisaged very early in their lives. Be it a doctor, teacher, entrepreneur, a follower or a leader. Irrespective of their individual trajectories, I saw that they always aimed at self-betterment. They wanted to break the cage that had always confined them and interestingly, mostly all of them were successful. One particular encounter that stands out in my mind was on the train back to Kolkata. It was evening, and I sat near the window looking at the darkening landscape.

Suddenly, a woman walked up to me with a pink tub in her hand. The glaring piece of plastic caught my attention. She politely came to me to ask for a place to sit. Moving aside, I smiled back at her. Impulsively, I asked her if she just purchased the pink tub and how much it had cost her. An expression of anguish crossed her face. I started to reassure her assuming she was upset at my inquisitiveness. But the cause for her sadness was not anything I had said, but the story behind the tub. She had purchased the tub by exchanging her mother’s old saree. I was stumped. It was not very expensive and I guessed this meant that she would rather have used the money for something else for her family. 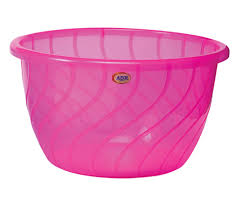 She began telling me about her mother who lives away from her in Kolkata and the amazing story of her daily routine. This woman travels every morning at 5 a.m. to reach to the city. Coming from another village in North 24 Praganas, it takes her two hours to cover the mapped distance. She arrives at a house in Kolkata where she works as domestic help. Her job role includes her being in charge of all household chores such as cleaning, washing, cooking,etc. Before leaving for her next job, she is given breakfast. This simple act of kindness brings a reverent look in her eyes. She is deeply grateful for the hot meal she receives in the morning.

She then goes to a private primary school, where she works as a helper for the children. Quite unsatisfied with this job, she frowns for being excessively underpaid. She receives a monthly payment of Rs 900 for the four hours she spends here every day. For the exorbitant fees school charge the students, this is a pittance. After finishing this work, she visits her old mother. Since her mother is quite old, she cooks a meal for her before she leaves Kolkata. She winds up all responsibilities by eight o’clock and hops on to her train back.

Despite having worked very hard the entire day, she her 'duties' are not yet over. She gets home at ten thirty and cooks and cleans for the family. She washes clothes and bathes, while the others eat dinner and go to bed. But I saw her in a whole new light when she said, "I have to take a shower and then pray!" Her belief in God was uncompromising, irrespective of the hard life she leads. She had the kind of rock-solid integrity, that she would pray for strength to meet her daily obligations. She finally finishes her own meal and goes to sleep at 1 a.m. At 3.30 a.m., her alarm goes off again and she needs to repeat the routine all over again.

Her efforts seemed so heroic, it played like a movie in my head. This woman is someone who should have been bestowed with respect and honour. She was a protagonist.

In time, my station arrived. I looked at the glaring pink tub and smiled at it. I looked at the woman and folded my hands in namaste. I could not have said much. She summed up her story in ten minutes, without saying anything more about the kind of effort it took. Even though there was no camera, I had captured a memory for a life time.

Every following visit, I kept wondering if I would see her again on her way to Kolkata or back. Everyone I later met on the field, would tell me their stories with a smile. But that woman showed me that behind every smile there would be a story of steady courage, strength, will power and determination. I saw that our country is full of these goddesses who give it their all, every day.

The encounter with the lady with the pink tub!

When a chance encounter can teach you much more