Help Me Save My Father | Milaap
This campaign has stopped and can no longer accept donations.

Help Me Save My Father 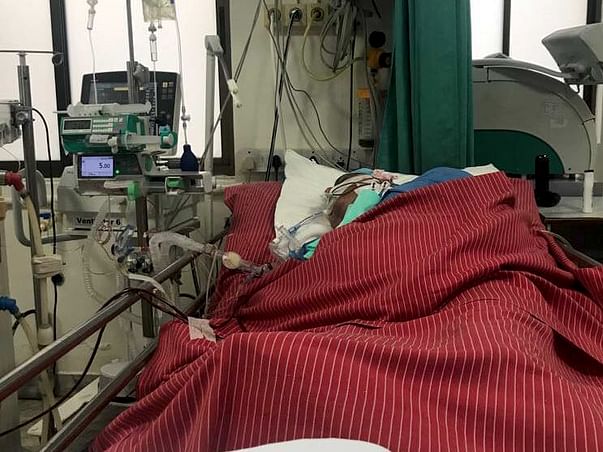 Mr. K. V. Krishnamani, aged  58, on arrival at Chennai on 13.10.17 for a pleasure trip with family,  all of a sudden collapsed due to cardiac arrest ,diagnosed after CT scan and other test that he had developed some lung infection due to accumulation of cough and had to be admitted MIOT hospital , Manipakkam(Chennai)  nearby to his local camp address,  on an emergency basis.

He had suffered similar problem way back in 2008 in Mumbai and had to be hospitalized for about 2 Months.

Now at MIOT hospital he is under the treatment of Dr. T.P.Nisheeth, having been admitted to General  ICU bed no.  5.  Currently  he is on ‘life support system’ and the total expenses of the treatment is expected to be around Rs. 15 lacs.

He is diagnosed with :-
Mr.Krishnamani is coming from a mid middle class family, having a son aged 28 and daughter who is a commercial student and wife a house-wife.  The family is surviving on son’s income and  hence it will be difficult to source such an enormous amount for the treatment.

In view  of the above situation, the family is left with no option other than to approach philanthropic  financial institutions like yours, seeking financial aid for the treatment

Any help rendered would be appreciated,if not monetary spreading a word around friends and family would indirectly help.
Donors can also do a bank/UPI transfer to the following account: 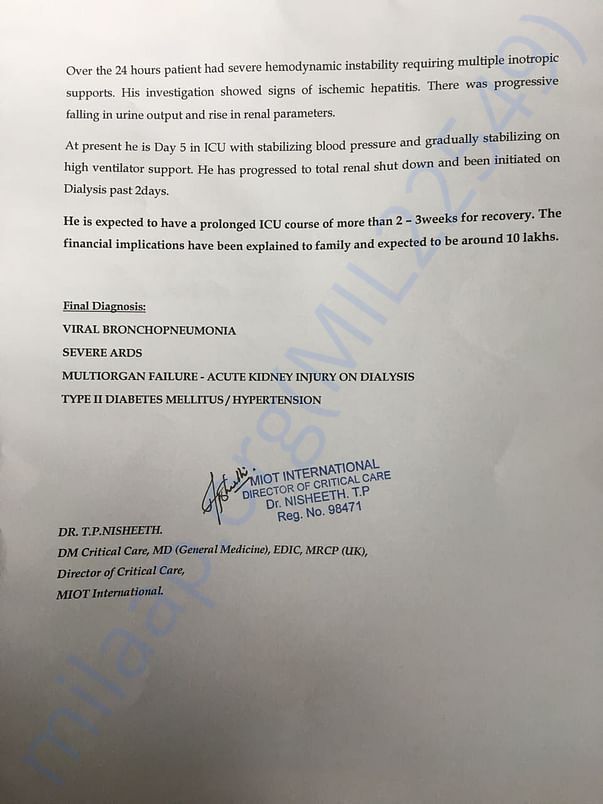 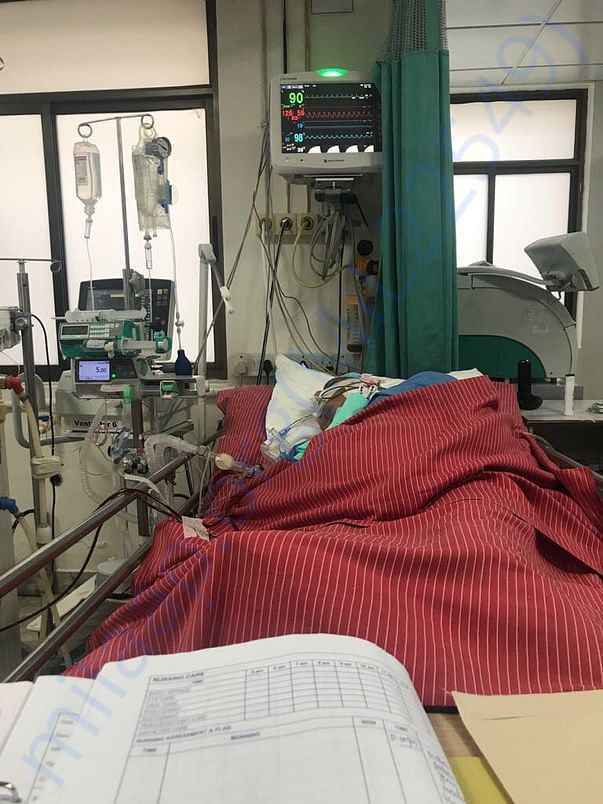 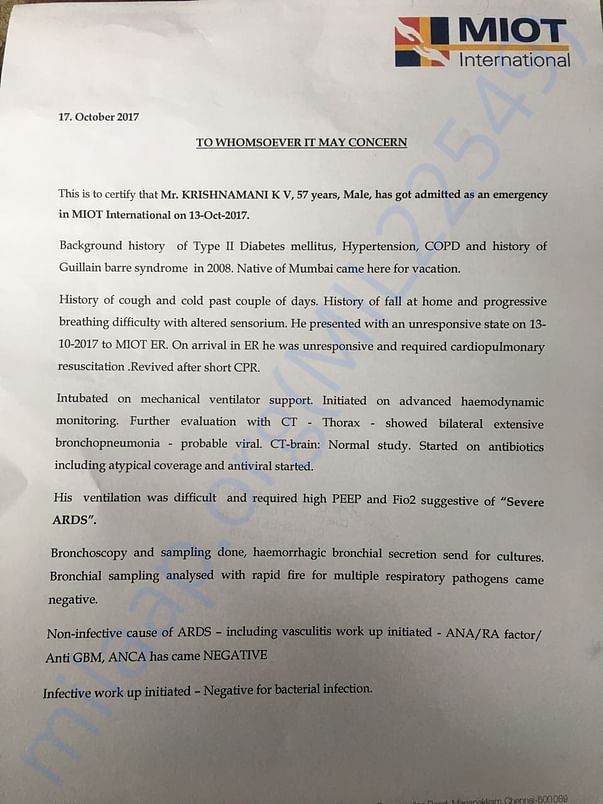 Ask for an update
Donated to this campaign via Paytm or bank transfer? Click here if you have not received an email confirmation from Milaap.
Thank you all for all your support till now , but unfortunately we regret to inform that my father is no more.

Funds raised will be used for the medical expenditure incurred. Please allow us a few days to get back.

V
You are sending a message to
Vijay
Go back 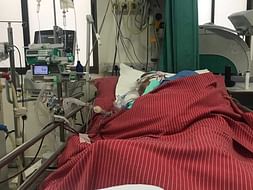 Help Me Save My Father