Anirban's online fundraiser for Sports | Milaap
This campaign has stopped and can no longer accept donations. 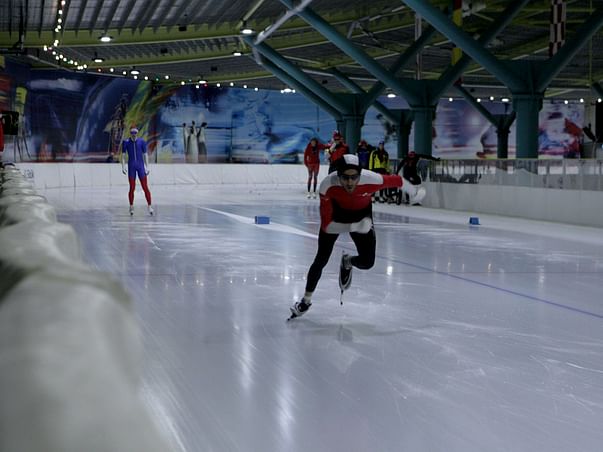 Vishwaraj Jadeja is a long track Ice speed-Skater from India. Vishwaraj has been moving mountains just to exist in a sport that India is not too familiar with. He is mighty good too, and is in with a very real chance to represent India at the Winter Olympics in three years in Pyeongchang, South Korea

He has broken national records over various distances over 65 (!) times, and is getting faster and stronger every day. Currently, he is training in The Netherlands under the watchful eyes of veteran champion-maker coach Wim Nieuwenhuizen.

Vishwaraj decided to pursuit his dream and travel to Europe, which is known for ice-skating. His decisiom wasn't received with much enthusiasm by his family. "In India, such a choice isn't the decision of one person, but that of the whole family. They allowed me to go, but wouldn't support me financially. I had to finance it myself.", says Vishwaraj

His trainer in Netherlands, Wim, has trained other well known Ice-skaters such as Jochem Uytdehaage and Paulien van Deutekom, helping them reach the summit. Vishwaraj is very excited to have Wim as his coach. "I have the best coach there is in Holland. Wim means a lot to me. He has put his trust in me, he thinks I have what it takes.", says Vishwaraj

Vishwaraj performs best on short distances. Yet he doesn't want to specialize in sprints. "I hope to participate in the 2018 winter Olympics as an allrounder. And I do not just hope that, I am confident that I am going to succeed. I am not good enough at this moment, but at that time I will overtake anyone."- Vishwaraj He loves the speed, and the idea that the sport has it's risks

The ice-skating fanatic can use some help of companies that are willing to sponsor him. Because while he does get some small, but very important sponsoring from his team, and some clothes and skating utilities, some financial support would be welcomed."

Hi this is your sir !! Ahir sir

Hi this is your sir !! Ahir sir 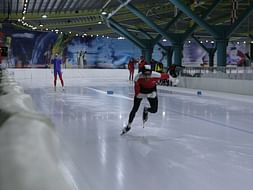