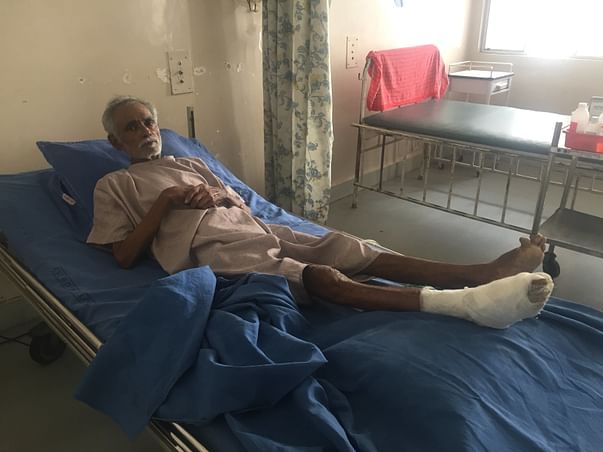 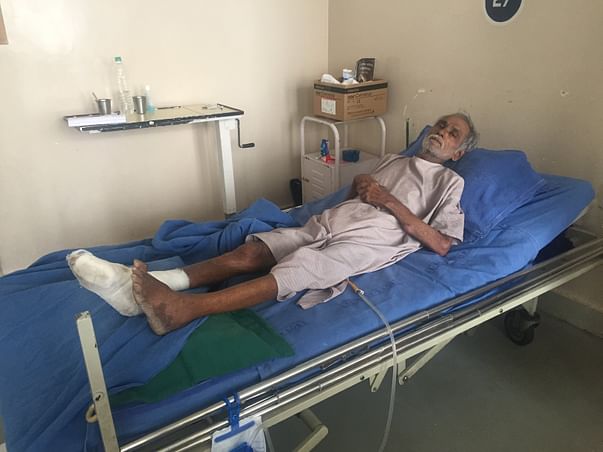 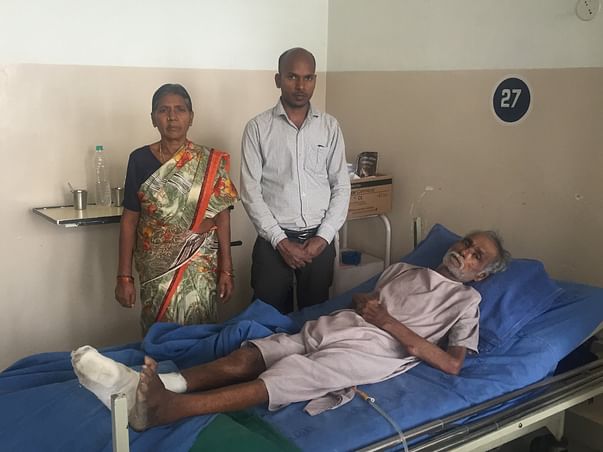 Share
Vinayagam, a 65-Year-old retired man is in urgent requirement of funds to undergo a skin grafting surgery on his right foot. A patient of diabetes, he is already facing too many complications and sepsis has made his condition worse. His family is somehow managing the expenses but continuing his medication and managing the daily expenses would be hard.
Vinayagam's family hails from Ambur. Vinayagam has worked at a leather tanning factory for a good part of his life. He had high hopes of leading a simple and happy life after his retirement. However, all his hopes were gone when his factory got shut 13 years ago. He was left penny less with no income. Savings dried up soon and the constant stress to arrange funds lead Vinayagam to diabetes.
In the beginning of August, on his right toe, a swelling appeared which looked like a wound. A local doctor advised an ointment which did not work, the swelling did not subside. He also started experiencing giddiness and it got worse with time. He consulted the Government Hospital in Ambur and the doctor's started treatment with injections. But there was no improvement in giddiness.

Vinayagam's son, Parin, who works at CSI Hospital then referred him to Dr. George. The giddiness had worsened so much that he had to be admitted in ICU immediately. To prevent sepsis, amputation was carried out in August end. His blood pressure and sugar levels also improved in a week. He was discharged and the couple returned to Ambur in first half of September.

However, giddiness repeated in another week's time and he was admitted back to CCU of CSI Hospital on 30th September. After 5 days of being in the CCU, he has now been moved to the ward. He is now waiting for a procedure of skin grafting planned in the next week by a visiting surgeon. Skin grafting process is necessary in order to make Vinayagam mobile again and also to ensure he does not experience much pain in his leg when is walking. The skin grafting would also ensure his speedy recovery.

Parin earns 15,000 a month, with a take home salary of Rs 13000 and with great difficulties is trying to manage the medical expenses of his ailing father. Most of his salary goes in buying medicines and paying bills for his last surgery. Mala has already left her job as a nurse and is looking after her father at home.

Let us come forward and support Parin with his efforts of making his father fit again. Your contribution would touch 4 lives in the family.