Project Day | Milaap
Milaap will not charge any fee on your donation to this campaign. 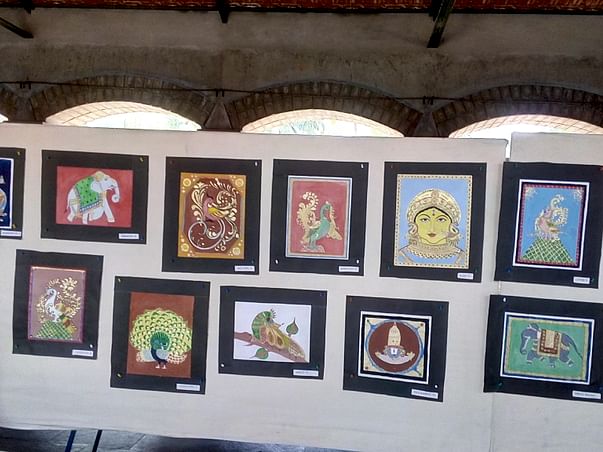 Vidya Vanam is a school for tribal and underprivileged children in Anaikatti near Coimbatore. The school’s unique feature is its theme-based methodology, which involves external tools to enhance understanding. This reaches its apogee in the second term, popularly known as Project Term, when the school works towards integrating the chosen theme with individual subjects across different classes. So far the school has worked with themes like Natural Disasters, Rivers, Rice, Forests among others.
In the last academic year, the theme was art. From tackling world literature in English to creating musical instruments from clay, Vidya Vanam’s mixed age groups were immersed in a variety of activities. The process was augmented by a series of guest speakers from different fields ranging from performance storyteller Vayu Naidu, architect Geetha Priya, musician Shruti Viswanath, poet Aswin Vijayan, artist Janhavi, mathematician Shivasankara Shastry... all of whom spoke about how arts permeate our lives and is not confined to specific areas.
Coimbatore-based theatreperson Dharanidharan worked with Vidya Vanam’s dance teacher Nagavalli Rajesh to create a dance-drama on the evolution of arts in human civilisation. Over 70 children participated and were trained for the performance on Project Day (December 5, 2016).
The programme began with a short discussion on “What is art?” by Nitha Pulloni and Praveen of Vindhya group (Std. IX). The highlight was the release of the coffee table book, Voices, which contained articles, poems, stories and illustrations done by the senior students. The exhibition contained models, paintings, games and charts.The children had done paintings in the Tanjore, Madhubani, Warli and Kalamkari styles and also experimented with tie and dye. Whether it was physics, chemistry, history, geography, Tamil or English, exhibits showed how the arts were a part of all subjects.
For this academic year, the theme is Time. Project Day, when the children will show what they have learnt, is on December 5th 2017.

Donated to this campaign via Bank transfer/QR Code? Click here if you can’t find your donation listed below.
NR
N donated Rs.10,000
A
Anonymous donated Rs.500

Good luck! I am sure this will be a brilliant exposure and experience for all the people involved :)

Donated to this campaign via Bank transfer/QR Code? Click here if you can’t find your donation listed below.
NR
N donated Rs.10,000
A
Anonymous donated Rs.500

Good luck! I am sure this will be a brilliant exposure and experience for all the people involved :)

You are sending a message to
Thodur Srikanth
Go back 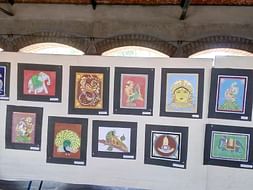