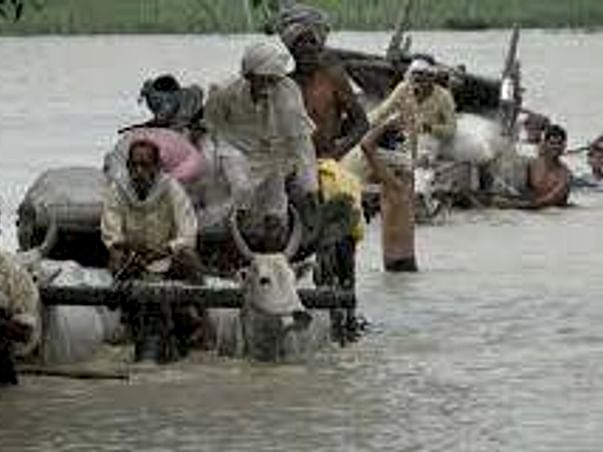 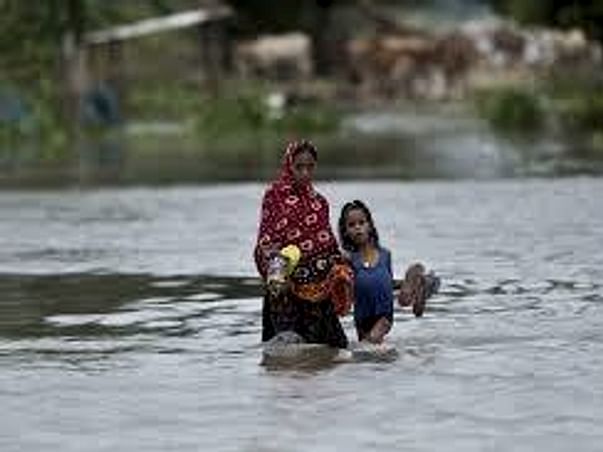 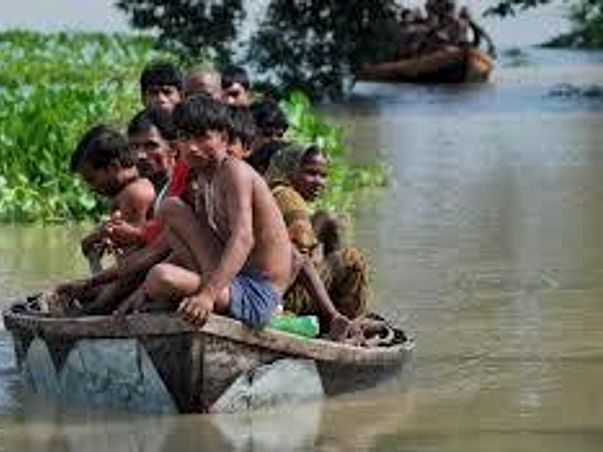 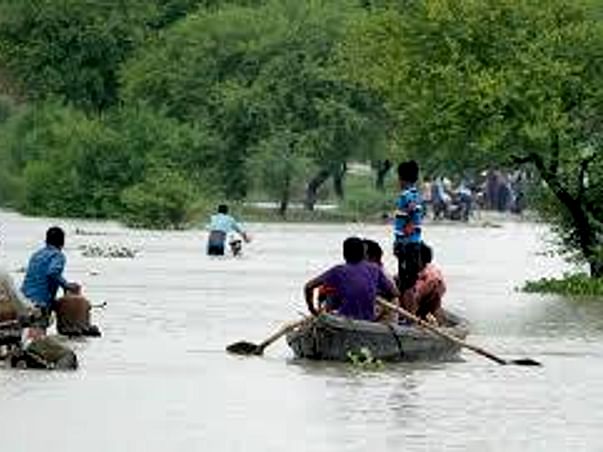 Previous Next
With fresh flood-related deaths reported from across Uttar Pradesh, the death toll in the current wave of floods has risen to 69.
Over 20 lakh people have been hit by the floods in 24 districts of the state.
“The death toll in the floods has reached 69 in the state, where 2,523 villages in 24 districts are flooded affecting a population of over 20 lakh,” the relief commissioner’s office said here citing a flood report compiled till Saturday.
It said 39,783 persons have take shelter in relief camps in the affected districts of eastern UP where there was no let up in flood fury as raging waters of the rivers emanating from Nepal caused havoc in vast swathes of human habitation.
Reports reaching here said Army choppers, NDRF and PAC (flood) jawans continued relief and rescue operations in the badly hit areas.
Release of water in the rivers emanating from Nepal and incessant rains impeded rescue work and evacuation of people to safer areas, they said.
20 companies of the NDRF, 29 companies of PAC (flood) along with two choppers of the Indian Air Force (IAF) and several columns of the Army personnel were on job to save lives and properties in the affected areas.
A Central Water Commission report here said that Sharda was flowing above the red mark at Palia Kalan and near the danger mark at Shardanagar while Ghaghra was flowing above the red mark at Elgin Bridge, Ayodhya and Turtipar (Ballia). River Rapti was also flowing well above the red mark at Balrampur, Bansi, Rigauli and Birdghat (Gorakhpur), while Budhi Rapti was above the danger level at Kakrahi (Siddharth Nagar), rivers Rohin and Quano are flowing above danger mark at Trimohini Ghat (Mahrajganj) and Chandradeep Ghat (Gonda).

Ask for an update
Donated to this campaign via Paytm or bank transfer? Click here if you have not received an email confirmation from Milaap.
Donate

Report fundraiser
See how thousands are crowdfunding for their causes on Milaap
Content Disclaimer: The information and opinions, expressed in this fundraiser page are those of the campaign organiser or users, and not Milaap.
If such claims are found to be not true, Milaap, in its sole discretion, has the right to stop the fundraiser, and refund donations to respective donors.
Rs.0 raised 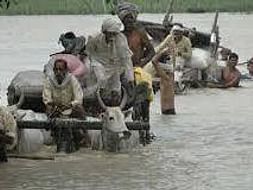