Please help India’s First Tribal IT Co become a Success | Milaap
Milaap will not charge any fee on your donation to this campaign. 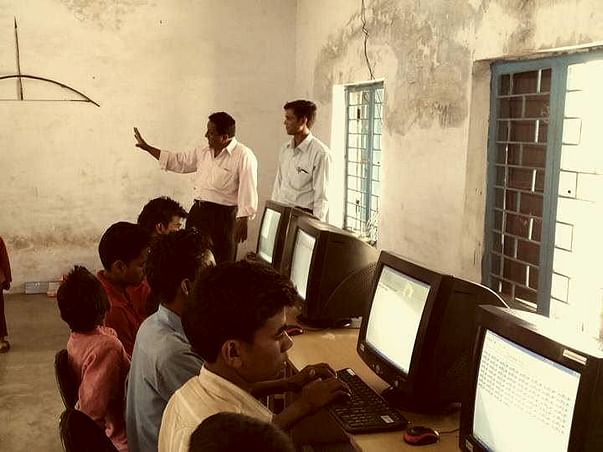 Helping our sisters & brothers so that they never need help again
After having worked with the British gov in London for about 10 years I came back to India in Jul 2014. For the last 2 plus years I have been working in a tribal village Kekadiya, near Bhopal. It is the largest tribal village of Bhopal district.
With a view to create business hubs within villages & stop migration to cities, we have started India's first Tribal IT Company. Due to massive power outages, we wish to run it on Solar energy & thats exactly we need your help.
About the Village
Kekadiya is located 25 km from Central Bhopal, Madhya Pradesh & is a part of Bhopal District. The village is entirely tribal. It has about 270 houses & 2000 aprox people. About 95% of the people above the age of 30 are illiterate. However, the community has its own knowledge & value systems which we are trying to preserve. It is the largest tribal village of Bhopal district & has many adjoining tribal villages, which we intend to reach out soon
About our Org
We are a registered voluntary organization called Abhedya. The areas we work in are Education, Skill & Entrepreneurship Development, Women Empowerment, Improving Governance & Water Management. Willage Quest is an enterprise we are supporting but are not formally a part of it neither draw any profits from it.
Please refer to the attached doc for details.
The amount we are trying to raise
The cost of the solar set up would be between 3.15 - 3.5 lacs. (Detailed break up is mentioned in the doc) However we need to raise another 50k  to get proper furniture & secure doors. Hence, we are trying to raise a total of Rs 4 lacs 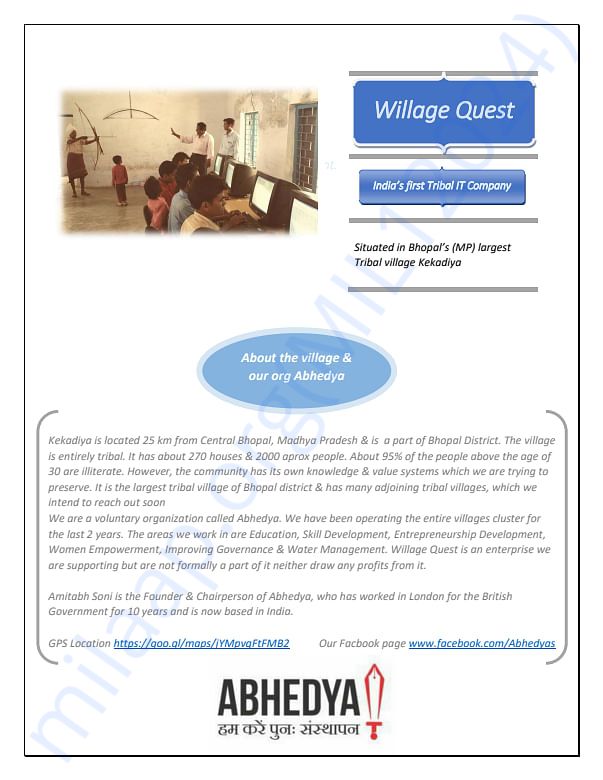 Ask for an update
Dear All,
Thanks ever so much for your support. With the amount we have received so far we are going to get an energy efficient CPU & test if we need to get more like these. Shall post a pic of the same. Energy efficient CPU s will bring the overall cost of the Solar set up we intend to install.
Donate
OR

Scan & donate with any app
check_circle_outline Download payment receipt
Report fundraiser
See how thousands are crowdfunding for their causes on Milaap
Rs.21,766 raised

Donated to this campaign via Bank transfer/QR Code? Click here if you can’t find your donation listed below.
C
Chhavi donated Rs.5,000

This is one of our most noble project! Great job there Amitabh bhai 🙏🏻🙏🏻

I wish the campaign all the success

Donated to this campaign via Bank transfer/QR Code? Click here if you can’t find your donation listed below.
C
Chhavi donated Rs.5,000

This is one of our most noble project! Great job there Amitabh bhai 🙏🏻🙏🏻

I wish the campaign all the success

You are sending a message to
Amitabh Soni
Go back 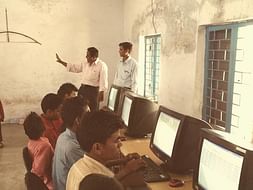