Mohini's online fundraiser for Education | Milaap
This is a supporting campaign. Contributions made to this campaign will go towards the main campaign.
Milaap will not charge any fee on your donation to this campaign.

I am fundraising for The Learning Centre in Rural Bihar which will create 30 strong change agents. 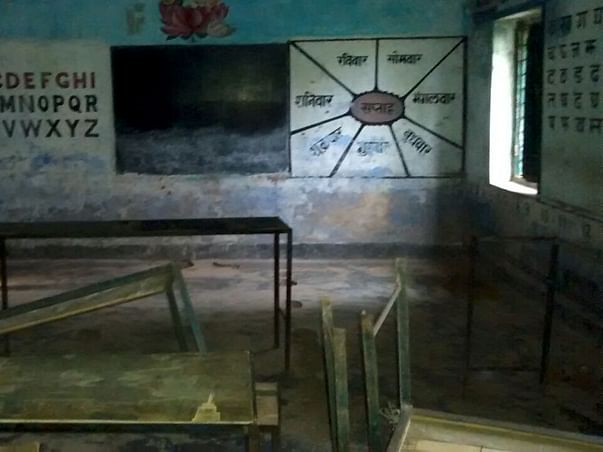 Schools are the instituions with which some of our most cherished memories are associated.  Right from friends to learning to the important life lessons taught by the teachers, school institutionalize learning beyond textbooks. However, the rural areas of the country do not present the same rosy picture when it comes to schools; comprehensive learning is a luxury which the lax system doesn't let students experience or enjoy.

During my recent visit to my dissertation data collection site [as a part of curricular requirement at Tata Institute of Social Sciences, Mumbai] - Village Barhounia (block Sangrampur) in District Munger (Bihar), I was shocked to see the unspeakable state of the only primary cum middle school of the village. Attendance was dismal owing to the crumbling infrastructure and teachers who were rarely present. The children's listless gaze as they showed me the empty classrooms broke my heart; the excitement and passion of learning seemed a feeling alien to them. That made me sit and think back the real objective of education--to make students capable of critically comprehending and appreciating the lessons in real life context, beyond the realm of textbooks. After talking to one young man from the village, who is educated and is an efficient teacher, the idea of starting a learning centre--a space to develop comprehensive and critical understanding of the prescribed curriculum at school--came to me.

The LEARNING CENTRE, as the name suggests, would be a place where the students of primary classes would learn through peers and interactive exercises with the help of a instructor, locally recruited. The idea is not to create any parallel institution, but to strengthen the exiting educational framework prescribed by state education boards. We aim to provide the students with workbooks which would add to their understanding of the lessons they are being taught in the classrooms. the teacher-instructor, too, would explain the lessons in an easy and comprehensive manner, clearing the queries of the students alongside.

The class would be conducted for two hours everyday and would comprise of 30 students from classes 1st to 5th. The project would continue for lustrum, that is, a period of five years. The initial eleven months of the academic session 2015-2016 would be the phase of pilot study.

A host of other social concerns would also be addressed alongside, like the issue of caste in the deeply feudal backdrop of the society of eastern Bihar. Out of the 30 students chosen to be enrolled to the Learning Centre during the initial ten months, around 15 would be from a socially and economically marginalized group which has traditionally been treated with disdain and disrespect. Our aim is to extend the scope of education beyond the boundaries of textbooks to make learning a cherished experience, and to crumble the social barriers which act as a hindrance in accessing the education.

We seek the initial contributions from socially sensitive citizens, who would appreciate and understand the cause we are working for. It's simply not the money, but is also your faith in the idea of change, which we would be vesting in our project. Considering that the expenditure for providing the facilities of the Learning Centre to one student every month ranges between only 150 to 200 rupees, it is easy to forego that big tub of popcorn we buy to munch while watching movies at multiplexes, to make a significant difference in lives of our young counterparts whose eyes have lost that twinkle of dreams which education and learning bring with it. There's no minimum cap on contribution; I was immensely touched when a local rickshaw-puller, upon hearing this idea, enthusiastically came forward and promised to contribute hundred rupees every month for the students. Perhaps, this is the power of hope--the hope to bring changes for betterment of the society and individuals. Isn't this what we all are striving for?

The LEARNING CENTRE is a five year long project which would start would start with the pilot phase in June 2015 for one academic year. Below is the expenditure which is expected to be incurred in this period. The human cost presently involves the salary paid to the teacher. A hall for conducting the classes for two hours everyday would be rented out by one of the members of the village community, which is situated at an accessible distance for the students who would be enrolled for the classes. The setup cost would include the expenditure on installing a ceiling fan, mats, LED bulb, a wooden cupboard (to keep the books and stationery) and a chair for the teacher. It would be a non-recurring expenditure. The details of the same are given as follows-

The budget for the entire project for a period of five years would include the annual ten percent increment in the salary of the teacher-instructor (a substantial hike would only be decided after accessing the performance of the teacher, which would be gauged through the performance of the students in ASER tests conducted by the project coordinators); the addition to the initial set up expenditure in the third year owing to wear and tear, and; the recurring expenditure of rent, electricity bills etc. The following present the details of the same-

1. Annual- Once a year (one time, or annually for a period of five year)

2. One time contribution- No minimum or maximum cap.

Q1. Is there some minimum amount which I must contribute at one go?

A- No. You can contribute as much as you like. For instance, you can start with a contribution of as little as Rs. 100. You can also make a one time payment, or opt for annual contribution to be made every year for a period of five years.

Q2. How would I ensure that the money I have contributed would be used affectively?

A- Upon request, we would regularly mail our contributors the pictures of the classroom sessions, and might also share the monthly reports with our annual contributors, upon discretion.

Q3. Why is the project planned for a period of five years?

A- We seek to develop a critical perspective and a better understanding among students, which is the primary objective of education. It is a long drawn process which requires continuous efforts from both students' and instrutor's side. Therefore, over a period of five years, the students would be prepared with a strong academic base to make better academic choices in secondary classes and in future.

You are sending a message to
Mohini
Go back 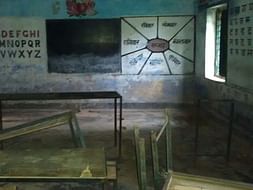 I am fundraising for The Learning Centre in Rural Bihar which will create 30 strong change agents.