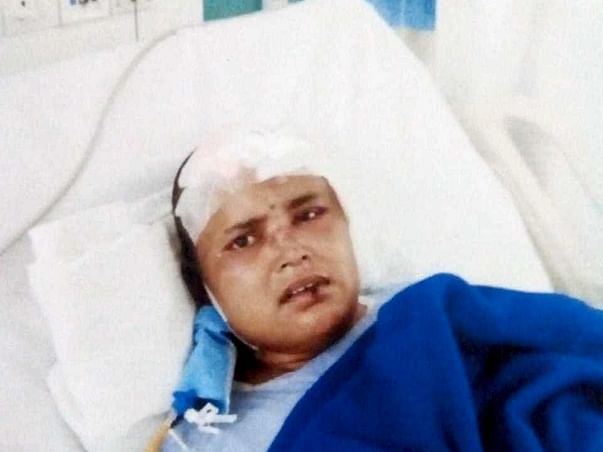 I'm Gourav, fundraising for my friend, Bhagya.
One rainy day, Bhagya and her husband Girish were traveling on a  Motorbike to get home to their children. Shockingly, they skid on the  water and met with a horrifying accident. Bhagya's head smashed on the  road and she immediately became unconscious.
The family's life came  crashing down. She was rushed to the hospital and a Craniectomy was  performed by the surgeons. In order to save her life, the doctors had to remove half of her brain. The poor, 44-year-old husband and father from Hassan had medical bills of over 5 lakhs piled up. The expenses were  only increasing as the days went by. Girish ended up extinguishing all  his resources, he had no more money left to look after his family.
Girish is only a humble school teacher and hence has a limited income.  He has borrowed extensively from his relatives and friends. He has no  more savings left. Now, three months after the accident, the 38 year old woman is at her bed with no memory or function. Her Son Bhuvan is only  11 and weeps to look at his mother in this state. And the daughter,  Dhanashree who is only Nine is trembling in fear and sorrow as her own  mother doesn't recognize her anymore.
The family is broken, there is no  one to look after the young children. Bhagya is still struggling through her recovery. It is only possible for her to improve now if she  undergoes a Cranioplasty and Bone-flap surgery. This procedure is going  to cost at least a Lakh.
The family is down to rags and are in desperate need of both emotional and financial support. Please support Bhagya and her struggling family to come out of these troubled times.
She is getting treated in GGSM Hospitals.

UPI: rzpy.givetomlpbhagya00001@hdfcbank (Copy to clipboard)
Or
Click here to read the instructions before you make a bank transfer. 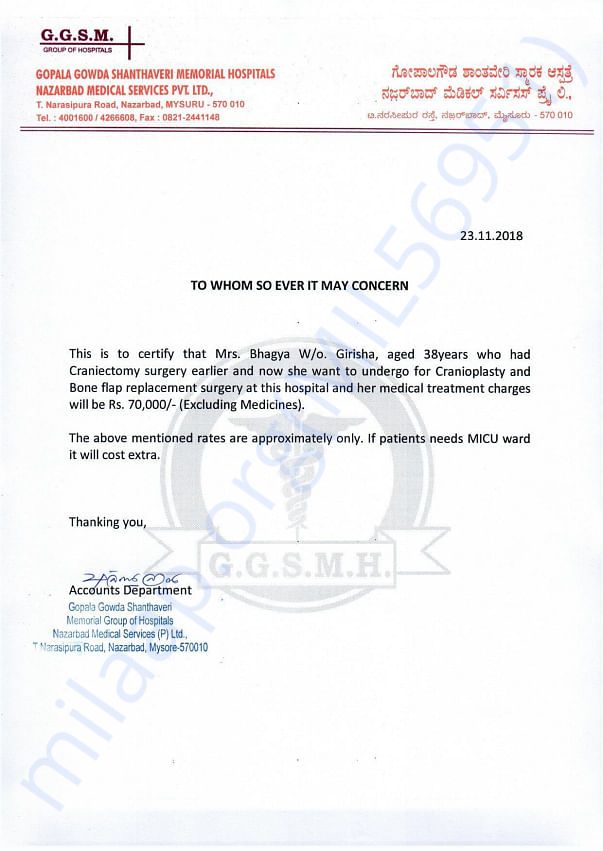 UPI: rzpy.givetomlpbhagya00001@hdfcbank (Copy to clipboard)
Or
Click here to read the instructions before you make a bank transfer.

KG
You are sending a message to
Kunal Gourav
Go back 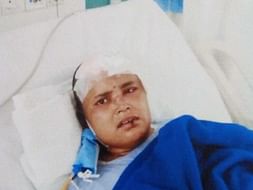