Matching Campaign For 13-Year-Old Sushan's Liver Transplant | Milaap
This campaign has stopped and can no longer accept donations. 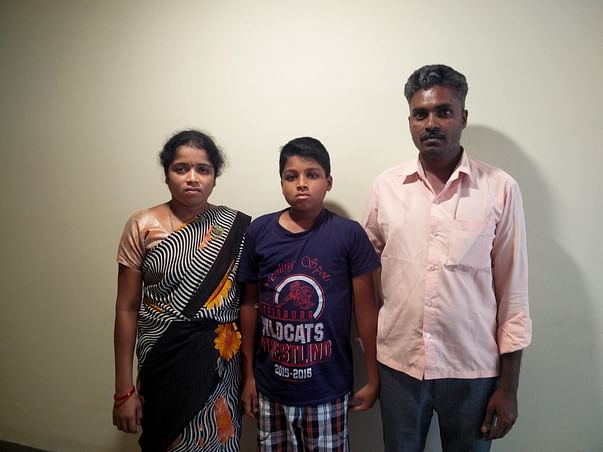 13-year-old Sushan Kumar is diagnosed with end stage liver cirrhosis. His father, Sathish Kumar, is a daily wage worker and mother, Shobhamani, is a homemaker. He has a brother who is 16-years-old. Sushan is a class 8 student but he is unable to continue his education due to his condition.

Sushan is undergoing treatment at Aster CMI hospital, Bengaluru where his liver transplant is planned. But the family is in a difficult situation, unable to arrange money for the transplant.

Sushan complained about severe stomach ache two years ago. He also developed jaundice and was given treatment. No one probed the real cause of his pain. After few days of treatment, Sushan felt better.

It was only four months ago, that he was diagnosed with end-stage liver cirrhosis which developed secondary to Wilsons Disease that was affecting his lungs.

Sushan's Mother Has Volunteered To Be The Donor

Shobhamani has come forward to donate a part of her liver to Sushan. Sushan is now admitted to the hospital. His transplant is scheduled in the next week.


The family has managed to arrange 2.5 lakhs for the surgery. They are unable to arrange the rest of the amount and are seeking support so Sushan could undergo the transplant as planned.

Report fundraiser
See how thousands are crowdfunding for their causes on Milaap
Rs.1,001,320 raised

Donated to this campaign via Paytm? Click here if you can’t find your donation listed below.
TP
The Pravin Agarwal Fund donated Rs.500,000

Donated to this campaign via Paytm? Click here if you can’t find your donation listed below.
TP
The Pravin Agarwal Fund donated Rs.500,000 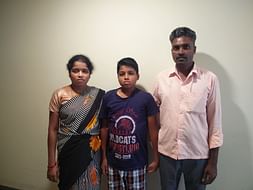