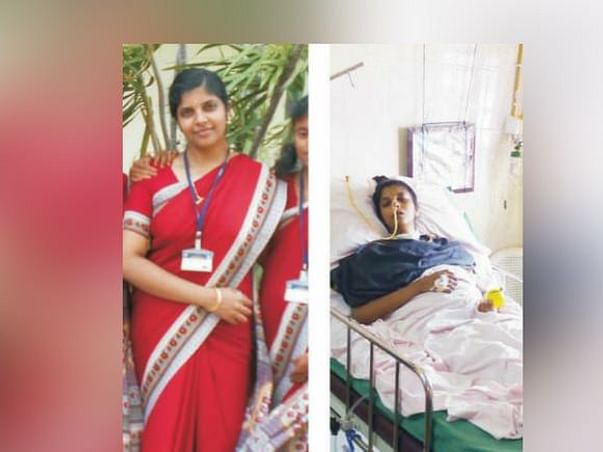 Share
Mr. Karthi Thandavakon is a resident from Tiruppur, an artist by profession needs your help as his daughter Hrudhaiya Lakshmi (21) is fighting with Brain Tuberculosis. She was a topper in her school studies. She always wanted to be an Astrophysicist, and when she was pursuing her final year BSc Physics, doctors finally diagnosed her with Brain TB. She was admitted to the Ramakrishna hospital at Coimbatore during December 2015.

Now, she has got back her only her consciousness but cannot stand, walk or even talk. With gestures, she often signals her wish to go to college and study and fulfill her dream, which is now at stake. Mr. Karthi, a middle-class man, has done everything that he could do and is now left with nothing.

Friends, relatives helped him with what they can but still needs funds for her treatment. He has also sold his thatch house for her medical expense. Even then he was not able to get his daughter to the doctors due to insufficient funds on the Late December 2016, which he must have taken her. Now he is very much in need of funds to provide treatment to his daughter.

Please help Mr. Karthi Thandavakon to meet out the financial needs for the treatment of his daughter fighting Meningeal Tuberculosis - Brain TB.