Support Ana Raissa's Battle for Life | Milaap
This is a supporting campaign. Contributions made to this campaign will go towards the main campaign.
This campaign has stopped and can no longer accept donations. 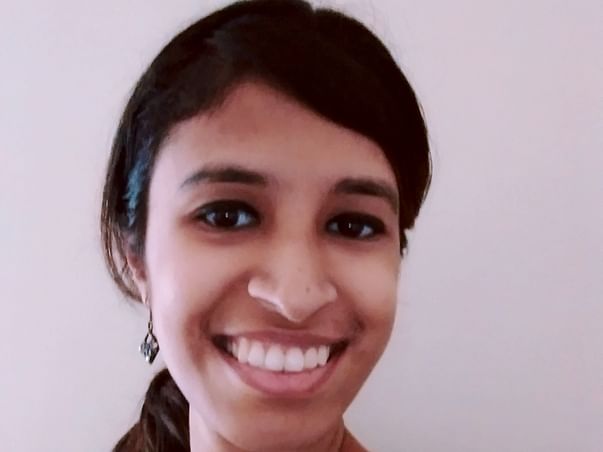 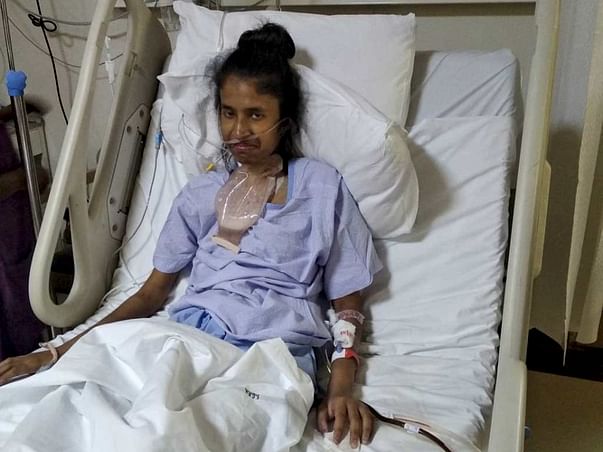 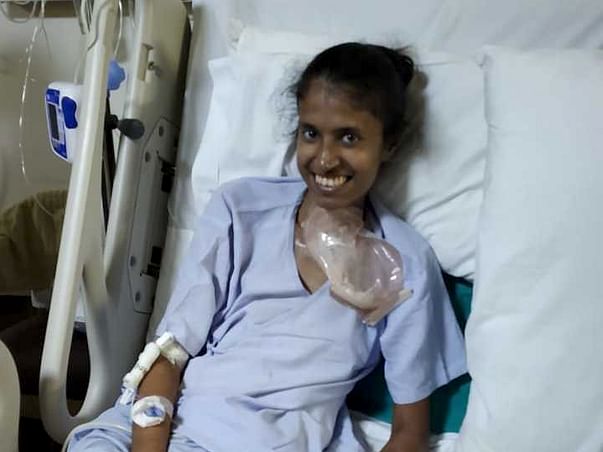 Previous Next
Ana Raissa Da Costa, 29 years old, daughter of Rene and Marie Lourdes, hailing from Margao, Goa, had a condition called 'Bronchial Fistula' from March 2018 and underwent an operation called 'Pneumothorax' at Apollos, Bangalore in April 2018. She has been suffering from multiple serious medical complications in the last few months. She has been in and out of the hospital till date but since then has been completely hospitalized to undergo multiple surgeries to correct holes in the trachea and oesophagus.
On 19 Aug 2018, Ana was moved from Apollos, Bangalore to Gangaram Hospital, Delhi under the supervision of Dr. Arvind Kumar.
On 22 Sep 2018, Ana underwent a major surgery of about 16hours, where they addressed the trachea & a muscle flat from the chest to reinforce the trachea. The first part was to harvest muscle tissue followed by addressing the oesophagus and then the chest was opened and the trachea was assessed.
On 21 Oct 2018, she was discharged.
28 Oct 2018, during her medical check-up, it was found that the stitching of the trachea had come off in many places. However, the secondary wall built with muscle was in place. Hence there were no air leaks. There was some portion of the colon that was removed that was causing some infection and secretion that was finding its way into the trachea & causing the episode of coughing. On the following Monday, a stent was inserted in the trachea. The antibiotics where adjusted to address the infection.
On 3 Nov 2018, Ana was taken in for a small surgery called window thoracoscopy. This was to drain out some fluid between the chest and lung area.
On 15 Nov 2018, she was taken in for another surgery by a GI Surgeon, coz the bile was leaking from somewhere (most probably) the piece of the colon that was used previously, & brewing aspirated by the lung.
On 18 Nov 2018, Ana was moved to HDU and is currently there.
Doctors are very pleased with her fighter spirit but are hoping to find a long-term solution for her condition.

From the start of this year till today, her medical bills are touching INR 50 lakhs. Her immediate family and friends have borrowed money to clear about 50% of the expenses thus far. The family is in immediate need of raising more funds to clear the balance 50% of the payment. In addition, they also need funds to sustain the treatment for the coming weeks.

All funds donated will directly go to Ana's account and will only be used for medical treatment and rehabilitation.
#SupportAnaRaissa
Medical Certificate of Anas condition 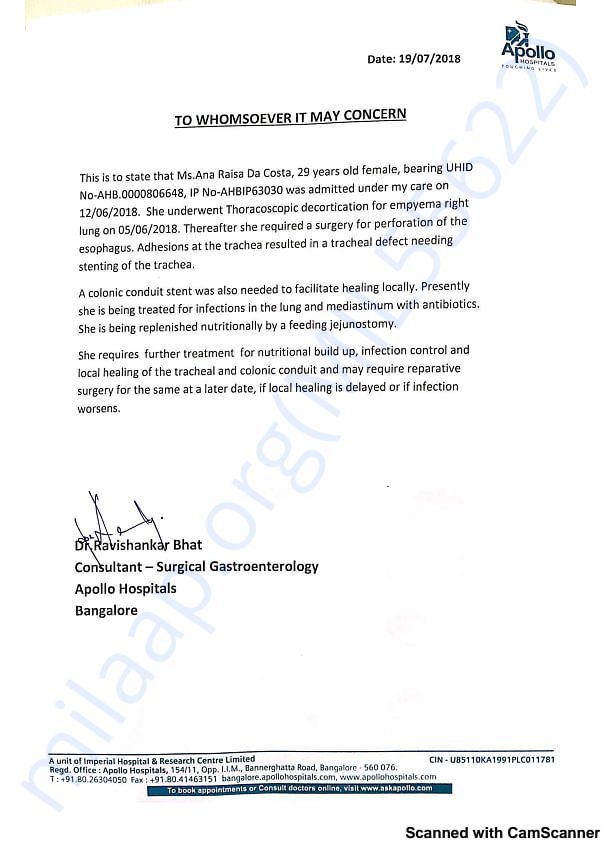 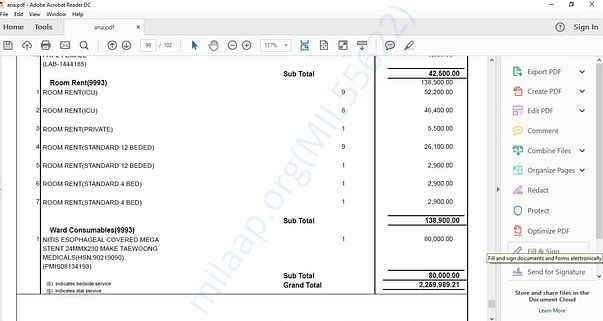 Thank you for your prayers.
The bronchoscopy for Ana was completed successfully. The secretions (because of the stent) that could not be taken out with the normal suction were taken out. She will be on antibiotics for a few days.

Ana continues to be in the ICU. She is taken off the ventilator for some hours each day off and on. Doctor wants her to be on C-pap setting so as not to tire her and speed her recovery. Today, she sat on a chair for about an hour, & tomorrow some light physiotherapy will start using dumbels.
Please continue to keep her in your prayers.

Ana was shifted to ICU today and is on the ventilator.
She lost consciousness for a brief moment when she went to the washroom in the morning. Doctors found extra CO2 hence moved her to the ICU. She is awake now further tests are being done.
Your prayers have been with her for so long. We request you to please lift Ana in your prayers for a few days once more.

Ana is on the road to recovery. The family wishes to stop the campaign for now and hopes that they will not need more financial support in the coming days.

Immense gratitude to those who came forward with open hearts to support her well being.
Load more
Donate

You are sending a message to
KELVIN CASTELINO
Go back 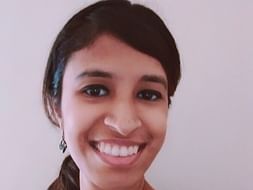